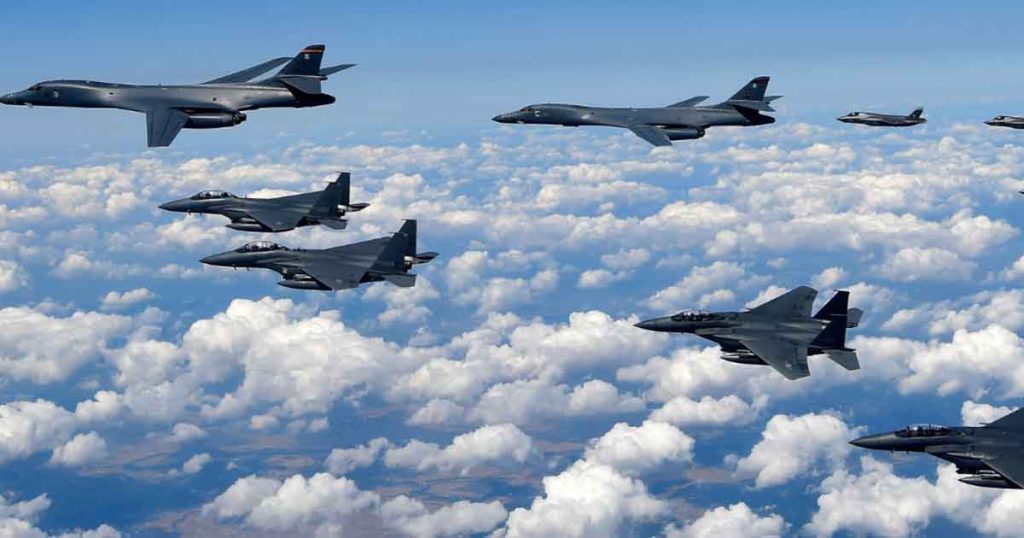 The near-miss occurred when a Chinese jet intercepted a reconnaissance mission over the South China Sea, the US said. It comes a week after China deployed jets around Taiwan’s airspace.


A Chinese fighter jet flew dangerously close to an American reconnaissance plane over the South China Sea, the US military said.

According to the US Indo-Pacifc Command Thursday, the incident occurred on December 21 when a Chinese Navy J-11 fighter pilot “performed an unsafe maneuver during an intercept” by flying six meters (20 feet) in front of a US Air Force RC-135 aircraft.

The American pilot was forced to take evasive maneuvers to avoid an accident, the armed forces said.

US officials said the American reconnaissance plane “was lawfully conducting routine operations over the South China Sea in international airspace” at the time of the incident, which comes amid rising tensions in the region.

The People’s Liberation Army said the exercises were a response to unspecified “provocations” and “collusion” between the United States and Taiwan.

According to the AFP news agency, Chinese planes have entered Taiwanese airspace more than 1,700 times this year, compared to 969 times in 2021. Taiwan’s defense ministry said it recorded around 380 incursions in 2020.

US defends right to airspace
China resents the presence of US armed forces around the South China Sea but the US maintains that it is entitled to operate in the area.

“The US Indo-Pacific Joint Force is dedicated to a free and open Indo-Pacific region and will continue to fly, sail and operate at sea and in international airspace with due regard for the safety of all vessels and aircraft under international law,” the US military said on Thursday.

“We expect all countries in the Indo-Pacific region to use international airspace safely and in accordance with international law.”