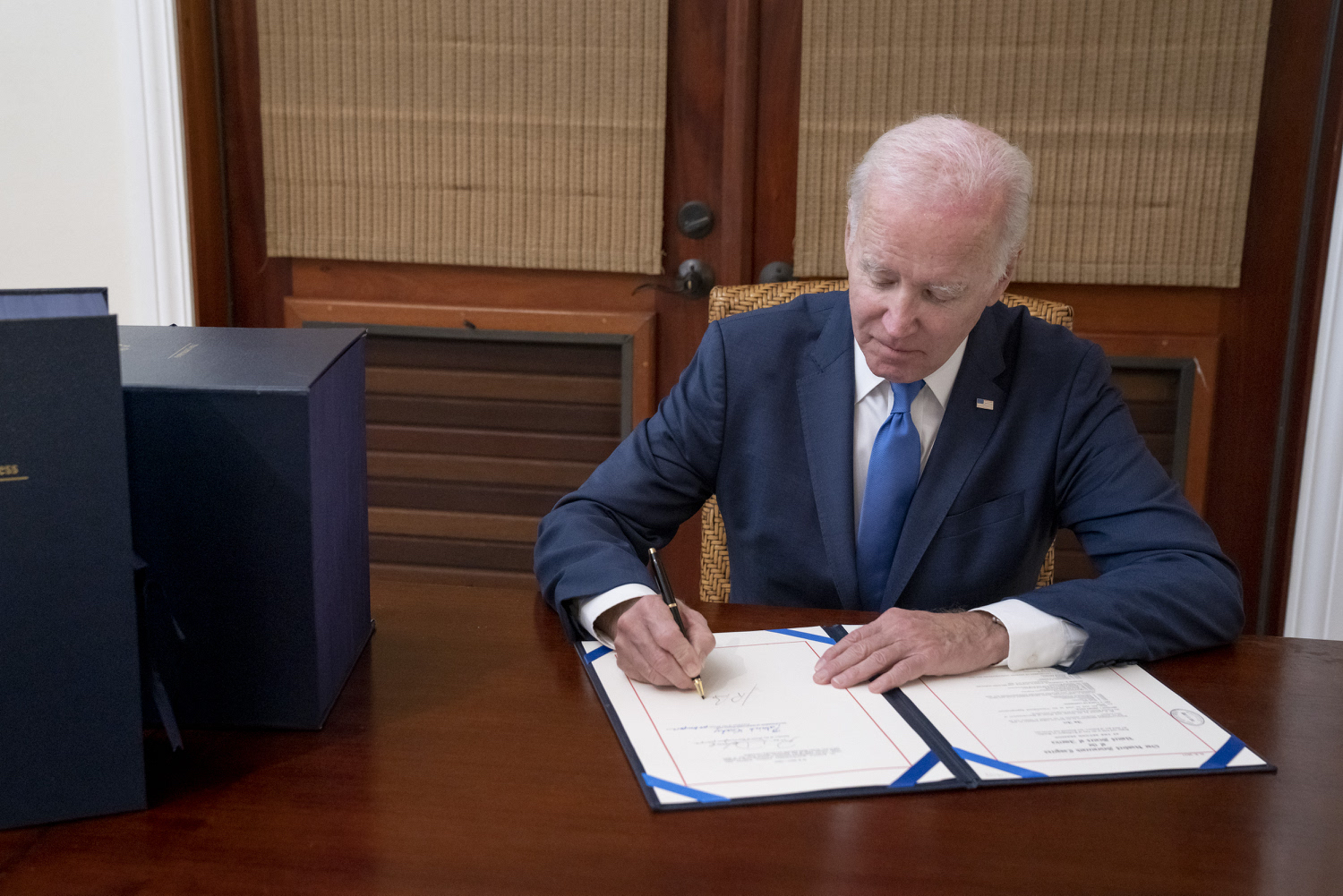 The bill will increase funding for the military and aid to Ukraine. It also includes an overhaul of the Electoral Count Act, among other policy changes.

US President Joe Biden signed off on a record $1.7 trillion (€1.6 trillion) spending bill on Thursday that will guarantee federal funding for the next fiscal year.

The omnibus bill includes record military spending — more than Biden had asked for — as well as emergency aid for Ukraine and NATO allies.

Among other things, the 4,000-page bill will also provide additional funding for students with disabilities, more job-training resources for workers, and new affordable housing for families, veterans and people fleeing domestic violence.

“Looking forward to more in 2023,” Biden tweeted from the US Virgin Islands, where he is currently on vacation.

Biden signed the bill hours before funding to federal agencies was set to expire, which would have led to a government shutdown.

However, Republican Kevin McCarthy, who hopes to become speaker when Congress opens again on January 3, said during the floor debate that the bill spends too much and doesn’t do enough to combat illegal immigration.

“This is a monstrosity that is one of the most shameful acts I’ve ever seen in this body,” McCarthy said.

Policy changes
In addition to the funding increases, the spending package also includes a slew of policy changes.

Key among them is an overhaul of the 19th-century Electoral Count Act after former President Donald Trump tried to coerce his vice president, Mike Pence, into refusing to certify the 2020 election. Trump also cajoled legislators into objecting to the certification of Biden’s victory on January 6, 2021 — the day of Capitol Hill insurrection.