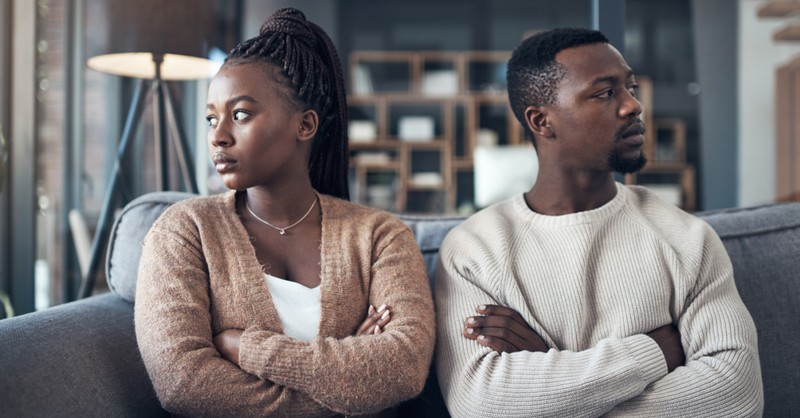 This article discusses why there is an increase in divorce and breakups in Liberia.

Loss of Trust
One of the foundational feelings necessary in a good relationship is a feeling of security. If you lack emotional support or find your partner unreliable, you might lose trust.

If your partner is vague or hard to pin down, there is cause for concern. Relationships that are built on mistrust are on shaky ground.

Lying
Let’s say you found out your partner lied to you. Lies can have powerful consequences. Was it a white lie or a lie told to protect the person who lied? White lies are often minor or inconsequential while real lies have far-reaching effects.

Possessiveness
If you’re with a partner who is overly possessive, ask yourself, “Does this seem healthy? Does your partner isolate you away from your friends or constantly check up on you?”

These aren’t signs of someone who trusts you. Remind yourself that this is not what a healthy relationship is all about.

Jealousy
Jealousy in small doses can be healthy and a sign that you’re not taking one another for granted. But if someone is overly possessive and seems to exhibit signs of pathological jealousy, these are red flags.

Infidelity
If you suspect your partner is being unfaithful, you may feel like the cornerstone of what you built together has been destroyed. You might not trust this person anymore. Are they even who you thought they were?

Relationships centered on lack of trust, filled with lying, jealousy, and infidelity, will likely not endure.

Poor Communication
If you’re both reduced to only speaking about the kids’ schedules or the chore list for the weekend, your communication has become merely transactional. Healthy communications should be about lots of different topics.

Even if you communicate well, it’s OK to disagree. Conflicts are inevitable and there are ways to manage conflicts with effective communication skills. Communication should be filled with empathy, understanding, and active listening. Unfortunately, many couples find it hard to communicate this way.

Although it sounds counterintuitive, when a couple brags that they never argue at all, that’s not a good thing. It often reflects the fact that both people are conflict avoidant. They’d rather not rock the boat or bring up difficult issues.

It’s actually better for couples to express their frustrations and find a way to talk through them rather than not argue at all.

In one recent study, scientists analyzed a demand/withdraw style of communication among couples. This style describes what happens when one partner demands or nags about something and the other person avoids the confrontation and pulls away.

The study found that when under increased financial distress, this demand/withdraw style also increased. Moreover, it was correlated with lower marital satisfaction, too. But what was surprising was this interesting finding: couples who exhibited signs of gratitude and appreciation overcame this communication problem.

Lack of Respect
Couples often disagree about various issues, but financial issues are often a source of disagreement. Maybe one is a spender and one is a saver. The problem isn’t so much that they view spending and saving in polar opposite ways; it’s more about how they handle discussions about money.

So, it’s important to identify how one treats the other during a conflict about money or any issue. Is your partner respectful? Do they joke with you about it? Or does your partner put you down, roll their eyes and treat you with utter contempt? These are signs of a lack of respect for one another.

Dr. John Gottman, a renowned psychologist and expert on marriage stability and divorce probability, views contempt as the biggest destroyer of relationships. He says contempt is the biggest predictor of divorce, too. If your partner mocks you, sneers, or is hostile, it’s a sign of disgust. This lack of fondness and respect can cause an irreparable rift in a relationship.

A Difference in Priorities
If you find that someone you’re dating or someone you’ve been with for a while has vastly different relationship desires or life goals than you do, your relationship may begin to fall apart.

Different Relationship Goals
Sometimes you have different priorities for the relationship itself. For example, after a month of dating, a recently widowed person might want to book a fun getaway trip with you and keep a no-strings-attached relationship. You, however, may be ready to introduce your family to your love during the upcoming holidays and embark on a more serious path.

Different Life Goals
Maybe you both have different long-term goals for the future. If you haven’t made time to discuss this, it can be upsetting to find out that your partner’s dreams and goals differ from yours. For instance, you may want to continue ambitiously pursuing a career in the city for another five years. Meanwhile, your partner is ready to settle down next year and start a family in the suburbs.

Having differing goals doesn’t always mean your relationship is doomed. For example, it’s possible that your goals can influence those of the person you’re with. A recent study published in The Journals of Gerontology investigated the interdependence of goals within couples. The research, which included 450 couples, found that partners over the long term do influence one another when it comes to goals. This could be a mechanism that keeps the relationship more stable. However, don’t rely on influencing the other as a solution. If one of you wants kids and the other absolutely does not, or one of you wants to live as a digital nomad and the other wants to remain in his childhood neighborhood until they are old and gray, this isn’t a fit. A better match might be out there for you.

Not Enough Sex and Intimacy
Oxytocin is sometimes called the “love hormone” or “cuddle chemical”. Our bodies produce the hormone oxytocin when we hug, touch, kiss, and show affection toward another person. Increased oxytocin is also associated with reduced levels of stress and feelings of happiness.

When couples are not touching much, and the lack of touch is exacerbated by communicating in a style that is not intimate and close, relationships often deteriorate. When your partner is uninterested in sex, sometimes relationships end up strained. The mismatch of sexual desires can erode a relationship along with other factors and ultimately contribute to a split. Sex is very important for relationships. According to a recent study, the average adult has sex once a week.4 There are many benefits to having sex more often. These include emotional, psychological, and physical benefits.

What Can Make a Relationship Last?
Brian Ogolsky, Director of Graduate Studies, Associate Professor, Human Development and Family Studies at the University of Illinois Urbana-Champaign, analyzed more than 1,100 studies on romantic relationships. In his research, he identified positive strategies that contributed to preserving partnerships.

A Word From Verywell
Relationships don’t endure for many reasons. But key contributors to their demise involve issues of trust, communication, respect, priorities, and intimacy. Of course, no relationship is perfect, but if you’re finding that the difficult moments outweigh the good ones, it may be time to reevaluate your relationship. If you and your partner want to make the relationship work, you can try reaching out to a couples’ therapist for additional support.