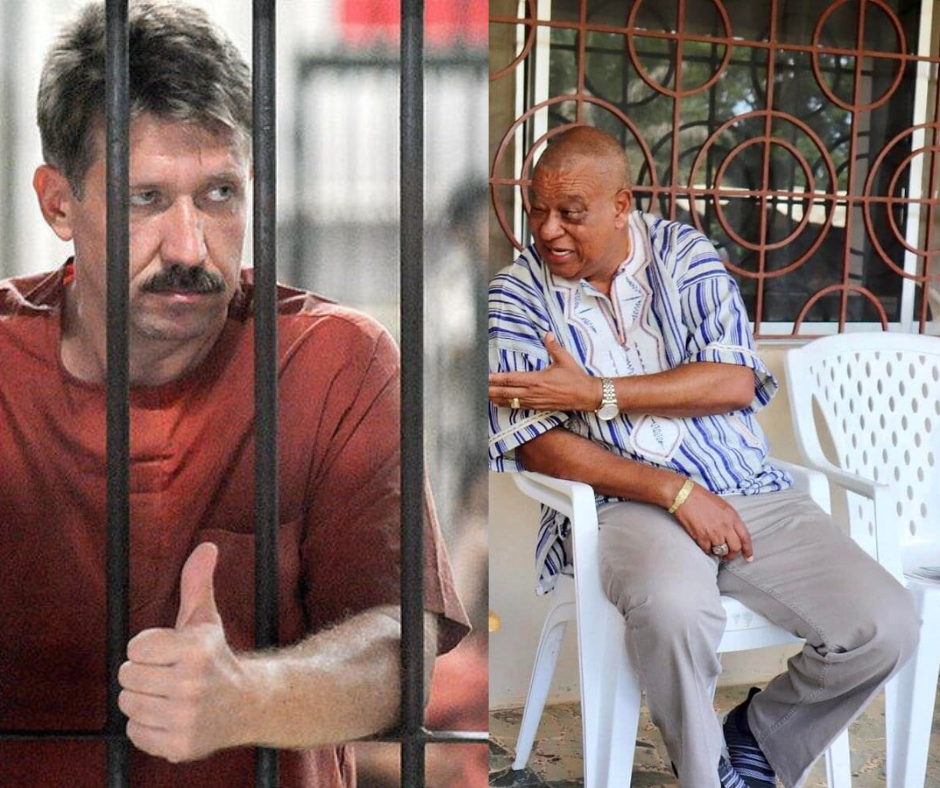 The Russian arms dealer swapped for Brittney Griner was convicted of conspiring to kill Americans. But in the 1990s and early 2000s, he supplied weapons to myriad African conflicts.

He trafficked weapons to rebels in Angola. He ran a criminal group that smuggled cobalt out of Congo. He delivered missiles, machine guns and military helicopters to Liberia, when it was in the middle of a civil war.

But the convicted Russian arms smuggler Viktor Bout, released by the United States last week in exchange for the American basketball star Brittney Griner, was never held to account for any of the acts that have been documented over the years by experts at the United Nations. Instead, he was arrested in a sting operation in Bangkok in 2008 by U.S. Drug Enforcement Administration informants posing as Colombian revolutionaries, and then convicted of conspiring to kill Americans.

While he was greeted on his arrival back in Russia last week as a “wonderful person,” many of the African victims of the conflicts he supplied with weapons are still enduring the trauma and awaiting any kind of justice.

“This guy’s responsible for the murder, indirectly, of thousands of persons,” said Hassan Bility, director of the Global Justice and Research Project, an organization that documents wartime atrocities in his country, Liberia.

Mr. Bout had a network of more than 50 planes that were constantly involved in “arms shipments from Eastern Europe into African war zones,” according to the United Nations.

Mr. Bout has not responded yet to an interview request. But speaking to The New York Times in 2003, Mr. Bout first said that he didn’t know that what he was delivering were arms. And then he changed tack.

“Illegal weapons?” he said. “What does that mean? If rebels control an airport and a city, and they give you clearance to land, what’s illegal about that?”

One of the war zones where the United Nations flagged arms shipments was Liberia. Mr. Bout supplied weapons to Charles Taylor, a former president of Liberia, said Stephen J. Rapp, who as prosecutor of the United Nations-backed Special Court for Sierra Leone led the prosecution of Mr. Taylor, which ultimately ended in his war crimes conviction for atrocities committed in Sierra Leone.

Among them was 1992’s Operation Octopus, in which child and teenage soldiers laid siege to the Liberian capital and thousands of people were killed within a month.

“The way Taylor fought his wars was not by going out and shooting combatants on the other side,” said Mr. Rapp. “It was through these violent acts against civilian populations. And so, if you were supplying arms to Taylor, you had a fair sense that they were going to be used in this ‘make them fearful’ — as he would say — kind of fighting.”

For Joshua Kulah, who was 9 when Liberia’s second civil war ended in 2003, that fear is seared in his memory. Mr. Kulah, now a 28-year-old lawyer, said that he had friends who were forced to become child soldiers by soldiers and rebels, and cousins and friends who died on the front line. He remembered his parents hiding him every time armed men came to the neighborhood, in case he were abducted and forced to fight, too.

One day in 2003, he remembered, he was playing outside. His mother was at work, but hearing that rebels were preparing to attack, she rushed home to try to protect her family.

But the rebels arrived before she did.

“As we were playing we just heard an explosion,” Mr. Kulah said. “Within minutes, we saw rockets falling everywhere. I saw it falling on houses and killing everyone in the house. I remember running home from the field and rockets were dropping. I saw dead bodies.”

Mr. Kulah said he was “indifferent” to Mr. Bout’s release because he blamed the people who used the guns, not those who sold them.

But Mr. Bility said his organization would begin building a complete dossier on the arms dealer’s activities in Liberia that could be used in a case against him, “and then just wait” for him to leave Russia so he could be extradited or charged elsewhere.

Almost everyone in Liberia suffered one way or another. One woman, now 44, remembered the war Mr. Bout supplied weapons to as “just hardship.” Her family had no food, she said, and had to walk for hours to find something to eat.

The woman’s family was already traumatized by the events of the first civil war (1989-’97), in which her uncle was killed by rebel forces fighting for Prince Johnson, another warlord. Mr. Johnson is best known for ordering the murder of President Samuel Doe in 1990 and drinking beer while watching as he was tortured. But today Mr. Johnson is a powerful senator who has such an important political following that he repeatedly plays kingmaker in Liberian presidential elections.

The woman whose uncle was killed wanted to remain anonymous, 32 years later, for fear of repercussions. Mr. Johnson’s political power and the fear he still inspires are part of the reason that thousands of victims of the Liberian civil wars have never seen any kind of justice, Mr. Bility said.

He said that the release of Mr. Bout was “difficult,” but that he would not criticize the United States for it when that country had repeatedly tried to hold to account the Liberian rebels who fled there, while hundreds of war criminals back in Liberia walk free.

“The United States — when it comes to justice — has done more” than Liberia, he said. “Way, way, way more.”

For years, Liberian survivors of the wars, human rights advocates and some politicians have pushed for the creation of a war crimes court — something that was recommended by the country’s Truth and Reconciliation Commission. But successive governments have resisted it.

Initially, George Weah, the former international soccer star who today is president of the West African country, endorsed the creation of the court. But, recently, he has gone silent on the subject.

With African leaders convening this week in Washington for a high-level summit, Mr. Bility called on President Biden to speak with President Weah about establishing such a court.

Mr. Bout’s client list was long, according to Douglas Farah and Stephen Braun, who wrote a book about him, “Merchant of Death: Money, Guns, Planes, and the Man Who Makes War Possible.” He simultaneously supplied weapons to Ahmad Shah Massoud, leader of Afghanistan’s Northern Alliance, they wrote, and to Mr. Massoud’s enemies, the Taliban.

Mr. Bout mixed his smuggling activities with legitimate — and lucrative — business, such as buying gladioli for $2 each in South Africa and flying tons of the flowers to Dubai, where he sold them for $100 a stem. He flew U.N. peacekeepers to Somalia and East Timor, and French troops into Rwanda during the 1994 genocide, he told a New York Times reporter in 2003.

Mr. Rapp, the prosecutor, said that Mr. Bout’s conviction had been a little like that of Al Capone, the Chicago mobster who was eventually jailed for tax evasion — not murder or bootlegging or racketeering.

“I’d prefer that somebody other than Viktor Bout was traded,” Mr. Rapp said. “But the fact that he’s done almost 15 years of his 25-year sentence is some solace. Al Capone only did eight.”

Related: Benoni Urey: The Life and Times of a War Criminal