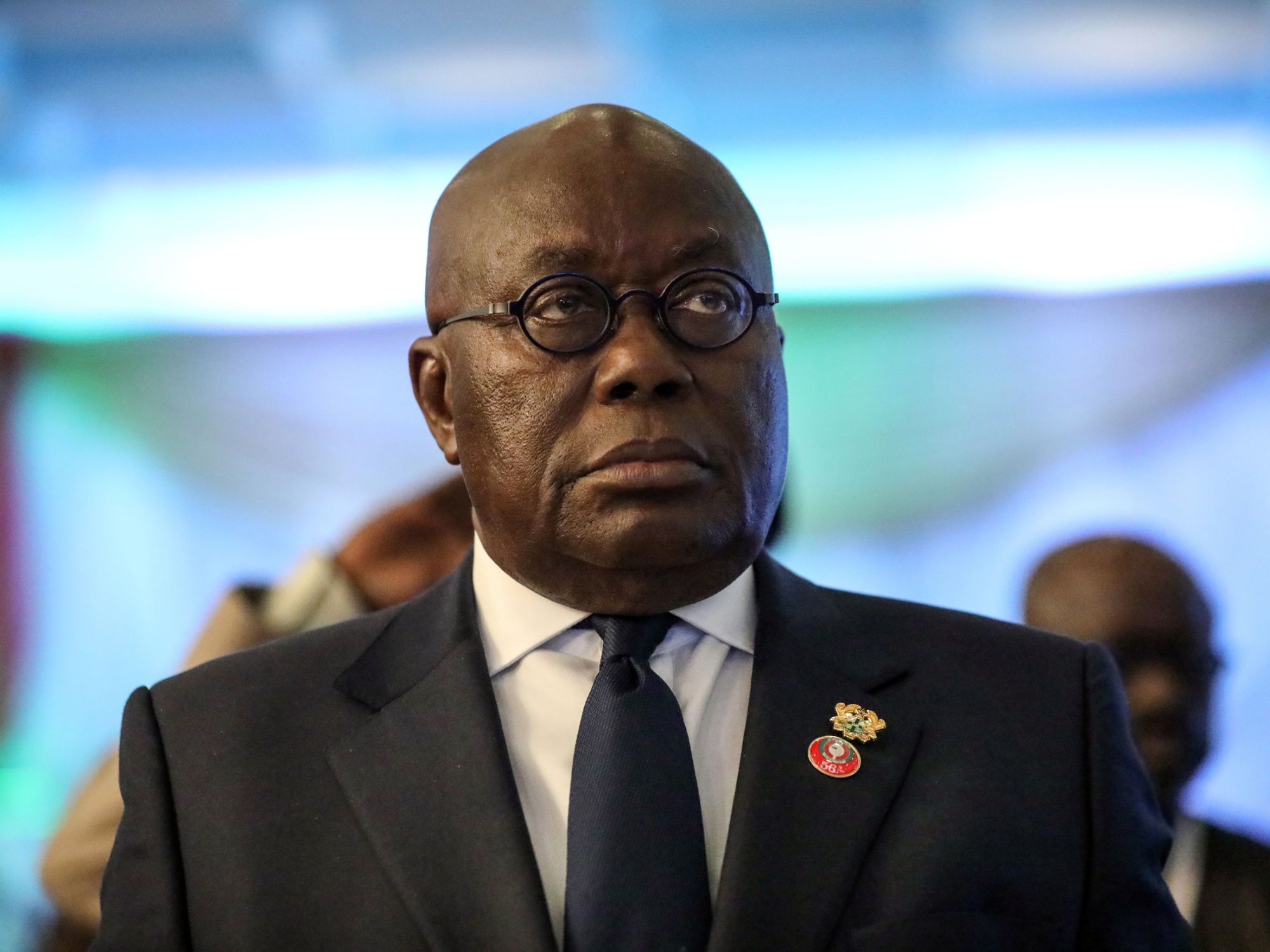 Finance ministry says Accra will not service debts including its Eurobonds, commercial loans and most bilateral loans.

Ghana has suspended payments on most of its external debt, effectively defaulting as the country struggles to plug its cavernous balance of payments deficit.

Its finance ministry said on Monday that it will not service debts including its Eurobonds, commercial loans and most bilateral loans, calling the decision an “interim emergency measure”, while some bondholders criticised a lack of clarity in the decision.

The government “stands ready to engage in discussions with all of its external creditors to make Ghana’s debt sustainable”, the finance ministry said.

The suspension of debt payments reflects the perilous state of the economy, which had led the government last week to reach a $3bn staff-level agreement with the International Monetary Fund (IMF).

Ghana had already announced a domestic debt exchange programme and said that an external restructuring was being negotiated with creditors. The IMF has said a comprehensive debt restructuring is a condition of its support.

The country has been struggling to refinance its debt since the start of the year after downgrades by multiple credit ratings agencies on concerns it would not be able to issue new Eurobonds.

That has sent Ghana’s debt further into the distressed territory. Its public debt stood at 467.4bn Ghanaian cedis ($55bn as per Refinitiv Eikon data) in September, of which 42 percent was domestic.

Accra had a balance of payments deficit of more than $3.4bn in September, down from a surplus of $1.6bn at the same time last year.

While 70 to 100 percent of the government revenue currently goes towards servicing the debt, the country’s inflation has shot up to as much as 50 percent in November.

Ghana has been experiencing what some say is its worst economic crisis in a generation.

Last month, more than 1,000 protesters marched through the capital Accra, calling for the resignation of the president and denouncing deals with the IMF as fuel and food costs spiralled.

Its gross international reserves stood at about $6.6bn at the end of September, equating to less than three months of imports cover. That is down from about $9.7bn at the end of last year. The government said the suspension will not include the payments towards multilateral debt, new debts taken after December 19 or debts related to certain short-term trade facilities.

Holders of Ghana’s international bonds confirmed in a statement to Reuters news agency late on Monday the formal launch of a creditor committee aimed at facilitating the “orderly and comprehensive resolution” of the country’s debt challenges.

Any good faith negotiations, the creditor committee said, would need to avoid unilateral actions and require the timely exchange of detailed economic and financial information between international bondholders, the government and the IMF.