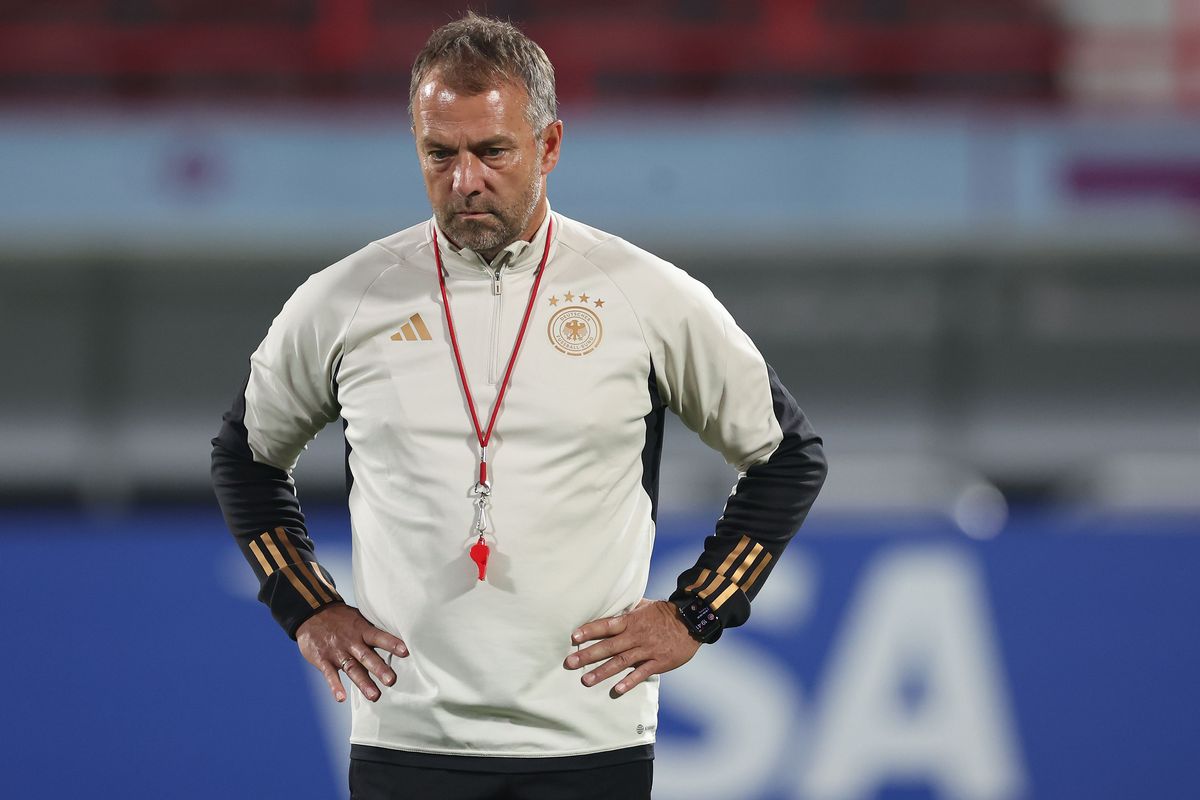 
Germany are being investigated by FIFA after manager Hansi Flick defied World Cup rules in the build-up to their crucial draw against Spain.

Flick’s side are still alive in the tournament after they came from behind to draw 1-1 in Group E on Sunday night. Niclas Fullkrug was the hero, with the Werder Bremen striker coming off the bench to blast in after Alvaro Morata had given Spain the lead.

The point was crucial as it means they can still qualify for the knockout stages, despite suffering a shock 2-1 defeat against Japan in the opening game. They face Costa Rica in their final group game on Thursday – but before then they will face FIFA’s disciplinary commission.

The game’s governing body are investigating violations of Article 44 of the code each of the 32 teams at the World Cup signed up to. That is the clause which says teams must attend pre-match press conferences before every game with their manager and a player.

Ahead of the Spain match, Flick came to speak to the press by himself, deliberately defying FIFA. The Germany coach explained that he decided against honouring the agreement because he didn’t want one of his players to travel to and from the engagement.

“You sit in the car for a total of almost three hours,” he said. “And that’s before such an important game.”

Germany are staying at the Zulal Wellness Resort, 100 kilometres north of Doha, where seven of the eight stadiums are situated, and where the FIFA press centre is. Germany had suggested moving the press conference to Al-Shamal, next to their training ground, but FIFA rejected the request.

Flick’s decision appears to be a calculated gamble, with Kicker reporting that Germany are likely to receive a fine or a warning. It is not the first time that Germany have clashed with FIFA, with the OneLove armband controversy coming earlier in the tournament.

Germany, England and Wales were among the nations which opted against wearing the armband as a show of support for the LGBTQ+ community. The decision was made due to the threat that the captains of the teams could receive yellow cards for doing so.

Germany have since considered taking legal action against FIFA over the row. Steffen Simon, a DFB Spokesman, said: “FIFA has banned us from showing a symbol of diversity and human rights. They combined this ban with massive threats of sporting sanctions without specifying them. The DFB is checking whether this action by FIFA was legal.”

At the time, Flick said: “The team wanted to set an example together with the DFB and other nations, but FIFA put a stop to that. We didn’t know what the sanctions were. There’s no point in doing something else now. The team is shocked something like that was not feasible.”