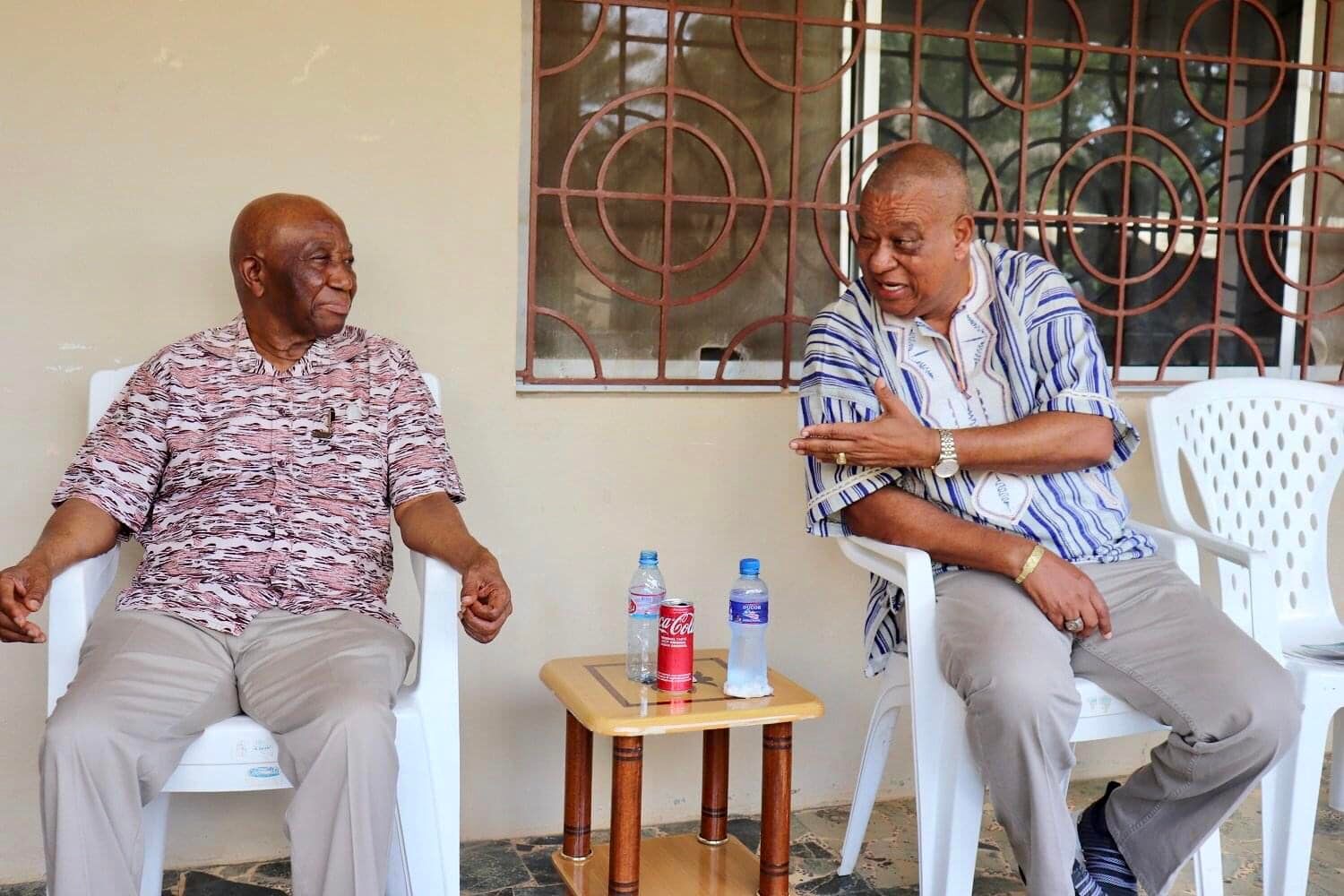 I was 5 years old when Joseph Nyumah Boakai (born 30 November 1944) was first sworn in as Vice President in 2005. This year, I’ve turned 22 and am witnessing his run for office, again at the age of 77 (soon to be 78 on November 30th ) after serving two presidential terms as vice President.

It’s a given fact that in Liberia, come each election circle, candidates over the age of 68 to 80 come rushing to the political race, hoping to build and provoke “political sympathy” for the “old wise man.” In fact, current elections data show that in the upcoming 2023 General Elections (GE23), those over 67 years form the second largest group of candidates, behind those in the 40-67 age group.

In Liberia, politics is one specific field where being aged or as ordinary Liberians now call it, “graveyard ready” doesn’t suggest an end, a slowdown, or a stop to active political participation. While Liberians should value the “experience” that the elderly or “Great-Grand Father candidates” bring to the political space, the demands of running for office in one of the poorest countries in the world and fulfilling the duties of an elected official are mentally demanding and physically grueling, to say the least.

Joseph N. Boakai in 2005 and Joseph Boakai now when as a result of aging and poor health

Most ordinary Liberians, international and domestic political observers would say, based on Liberia’s real-time, young demography it makes absolute sense to field those who are in the age group of 40-67, in top physical and mental form, as they would better connect to the real-world realities of “everyday hustling Liberians” and look out for the general population. It may also limit “national security anxieties” and “democratic dis-continuity” that may arise as a result of emergency transition or elections should these elected representatives pass away while in office.

One University of Liberia political science lecturer on condition of anonymity says Liberian politics is deeply tribalistic, clientelistic party-based, and candidacy is often decided based on “seniority” not tested intelligence, real-time experience, enhanced implementation values, and pragmatic vision.
“Most critical party positions are headed by “Grand-Father” or “Great-Grand Father” leaders who have profoundly disconnected and very poor grassroots support that gives them no advantage in local elections. According to the University of Liberia political science lecturer, an example of this is the recent massive defeat of the Unity Party (UP) headed by Joseph N. Boakai in Lofa County.

“Parties often nominate these kinds of leaders in Liberia so as to cement tribalistic votes and not disappoint local divisions,” he says in explaining the “Grand-Father” or “Great-Grand Father” scenario in Liberian politics. However, some parties would open political participation to prominent young leaders.

Ultimately, young or old, our elected representatives need is to prioritize their health in order to continue serving the Liberian people especially “Grand-Father” and “Great-Grand Father” leaders who the Liberian people sincerely expect to serve from the margins of history as political and moral conscience to political will.

In Liberia, members of state assemblymen are not only legislators. They are also local problem solvers, financiers for local initiatives, VIPs in festivals, and even family counsellors. In other words, they have a heavy load of constituency work. These representatives are expected to be in very good mental and physical health so they can carry out these duties effectively by being in all places at all times.

Dr. Kollie, being a senior medical doctor living abroad but pays careful attention to his country’s political actors’ health and mental well-being says, he is deeply concerned about the mental and physical health of the Unity Party (UP) standard bearer, now 77 and especially that his party is one of the “front running party” based on historical election data.

known for his meticulous approach to maintaining heart health and mental mindfulness, he was once reported as saying, Liberian political leaders don’t follow the philosophy of life preservation through retirement. He stated that, due to this denial, most political leaders at Boakai’s age are highly susceptible to many forms of life-threatening illness that can quickly progress into shorten of lifespan.

He believes the recently reported rumor of Boakai’s heart-related health scare should be taken seriously by both the intellectual class and ordinary Liberian voters, which is only to be expected if Liberians care about constructive democratic continuity. He also believes that the political energy Boakai needs to provoke and ignite political momentum within the Unity Party political base is observantly lacking as well. A factor of declined health but one must give the man credit for still having the stubbornness to insist on controlling such a party as Unity Party at a declined age. It is crucial for elected representatives to be healthy as they have the responsibility of serving the Liberian people.

“A healthy leader will be able to make better rational decisions as their good health allows them to “collaborate” and engage with people.”

At 77, Joseph N. Boakai is the oldest candidate in the 2023 Presidential election race and according to recent elections data, he has been defended by President George Weah in many political races. Despite having to face a recent prostate cancer scare, and underwent serious heart treatment and chemotherapy, he is standing his political ground.

At 77, Joseph N. Boakai is also well past the official retirement age of public service in the country but continues to protest relinquishing of political power within the Unity Party. Aged 40-67 candidates are generally, healthier than older ones. Parties whose vision is futuristic and aim to win more general elections must empower more younger and healthier candidates who can challenge president George Weah both at the grassroots and presidential level and at the same time carry out their leadership, legislative and constituency duties effectively.

Pushing for younger, smarter, more experienced, and healthier candidates is definitely the better option for 2023.

Serving as an elected representative is a huge responsibility and a demanding one too so it’s a given fact that these candidates need to prioritize their well-being.

In many general elections race, Liberians have seen certain candidates leave the race due to health reasons. Many now wonder if 2023 will be the same.
In the past five years, more elected representatives passed away due to poor health in the country.