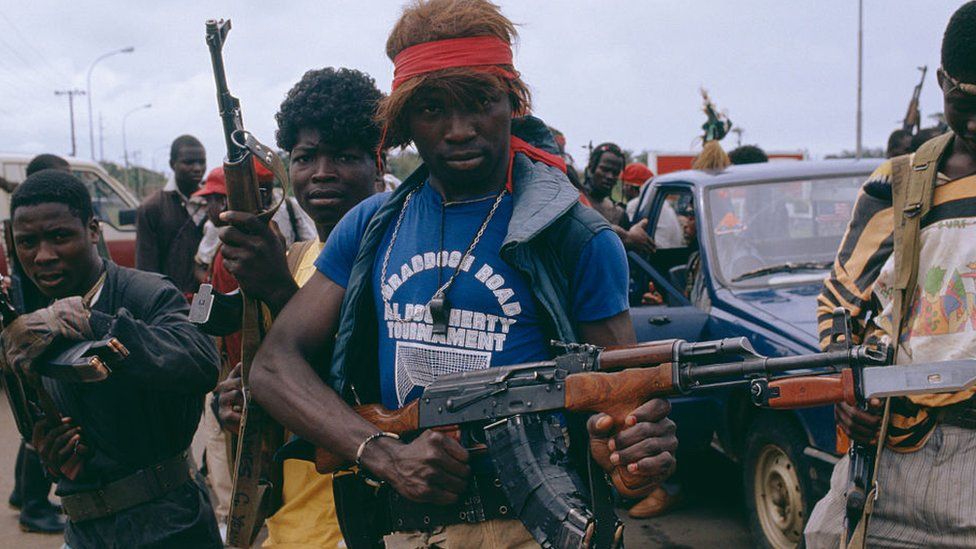 Kunti Kamara charged with torture, cannibalism and complicity in crimes against humanity during civil war between 1989 and 1996

A former Liberian rebel commander will go on trial in Paris, today, Monday, October 10. He is charged with acts of barbarity including torture, cannibalism, forced labour and complicity in crimes against humanity during the country’s first civil war more than 25 years ago.

It is the first trial in France of a non-Rwandan suspect accused of wartime atrocities since the special crimes against humanity tribunal was set up in Paris in 2012.

Kunti Kamara, known as Kunti K, a naturalized Dutch citizen, was head of a rebel militia unit in the north of the west African country that was ravaged by two civil wars between 1989 and 2003 in which an estimated 250,000 people died.

The alleged war crimes took place during the first Liberian civil war, between 1989 and 1996, in Lofa county, a strategic region in north-western Liberia.

Kamara has been accused by witnesses of reducing the population of the village of Foya to slavery and carrying out “particularly atrocious acts of torture”. In one such act, Kamara is said to have ordered his troops to cut open the body of a victim with an axe and remove the heart, which was then eaten.

He has also been charged with being complicit in “crimes against humanity” in, according to the indictment, “a massive and systematic practice of torture or inhuman acts”.

Kamara’s lawyer, Tarek Koraitem, told the Guardian his client denied all the accusations.

“It’s a scandal. Here we have an affair in which we are judging, decades after the events, an obscure soldier of a rebel Liberian faction accused of abominable crimes on inexistent proof in a country that has no connection whatsoever with Liberia,” Koraitem said.

“It isn’t justice, it’s a theatre show. Every one [of the charges] is false. He denies everything. He had a few men under his control on the frontline during the civil war. He is responsible for nothing.”

Kamara was first arrested in France in 2018, then released because of a procedural error but put under investigation. He was rearrested in 2020 reportedly trying to leave the country.

The case has been brought in France under the principle of universal jurisdiction, which allows certain countries to claim criminal jurisdiction over an accused in the case of globally recognised crimes, regardless of where they were committed, the accused’s nationality or country of residence. Article 689 of the French penal procedural code states that alleged crimes – namely torture, terrorism, nuclear smuggling, naval piracy and aircraft hijacking – can be judged in France even if they were committed outside French territory by foreigners.

Kamara, 47, born in Liberia in December 1974, has admitted being a local commander in the United Liberation Movement of Liberia for Democracy (Ulimo), one of three rebel militias ranged against Charles Taylor’s National Patriotic Front of Liberia (NPFL) during the first Liberian civil war. Taylor became president in 1997 and remained in office until 2003.

The photographer Patrick Robert, who worked in Liberia and is a witness in the trial, told investigators that during the conflict he had seen human organs, mainly hearts, removed from bodies and eaten, but could not specify that this was done by Ulimo forces. Soldiers on both sides were accused of torture, massacres and rapes, often committed while under the influence of drugs.

Kamara told French investigators he led a group of Ulimo fighters but insisted he did not commit any of the crimes of which he is accused. He told the investigating magistrate the accusations were founded on “political jealousy” made up by “Liberian criminals who have got together to lie because what they want is to come to Europe”.

In 2019, French and Liberian investigators carried out a fact-finding mission in north-west Liberia. Investigators spoke to dozens of Liberians, many of whom allegedly identified Kamara and linked him to war crimes. Kamara moved to France in 2016 from the Netherlands, where he trained and worked as an electrician and obtained nationality.

The lawyer Sabrina Delattre, who is representing some of Kamara’s alleged victims and the Swiss-based NGO Civitas Maxima, which documents international crimes and is a civil party in the trial, told the Guardian the trial would give those who suffered “a voice”.

“The victims have enormous expectations. In Liberia, crimes were committed during the civil war that ravaged the country that were never investigated. Even a number of former warlords have never been judged. There has been total immunity,” she said.

“It’s important for the victims to have a voice. This would not be possible in Liberia. Even after 30 years, people are still very traumatised. Women who were raped, women who were reduced to slaves, women who were treated like goods and not people, victims of torture. It’s still very difficult for them to rebuild their lives.”

Alain Werner, a human-rights lawyer and the director of Civitas Maxima, said the trial showed there was a legal recourse for victims of long forgotten conflicts.

“Liberia is a forgotten country; many people don’t even know where it is and Lofa is a hidden country within the hidden country, hundreds of kilometres from the capital Monrovia. Even within Liberia, people know little about Lofa. This trial shows that even with hidden crimes in a hidden country, there is no hiding place,” he said.

“It’s an important case because it again puts the spotlight on a vicious and cruel civil war where the victims of crimes were massively the civil population.

“It’s important for everyone in the world to understand that if you are victim of a crime against humanity or a genocide that even if the UN will do nothing, even if your country will do nothing, you can still have justice. Something can be done.”