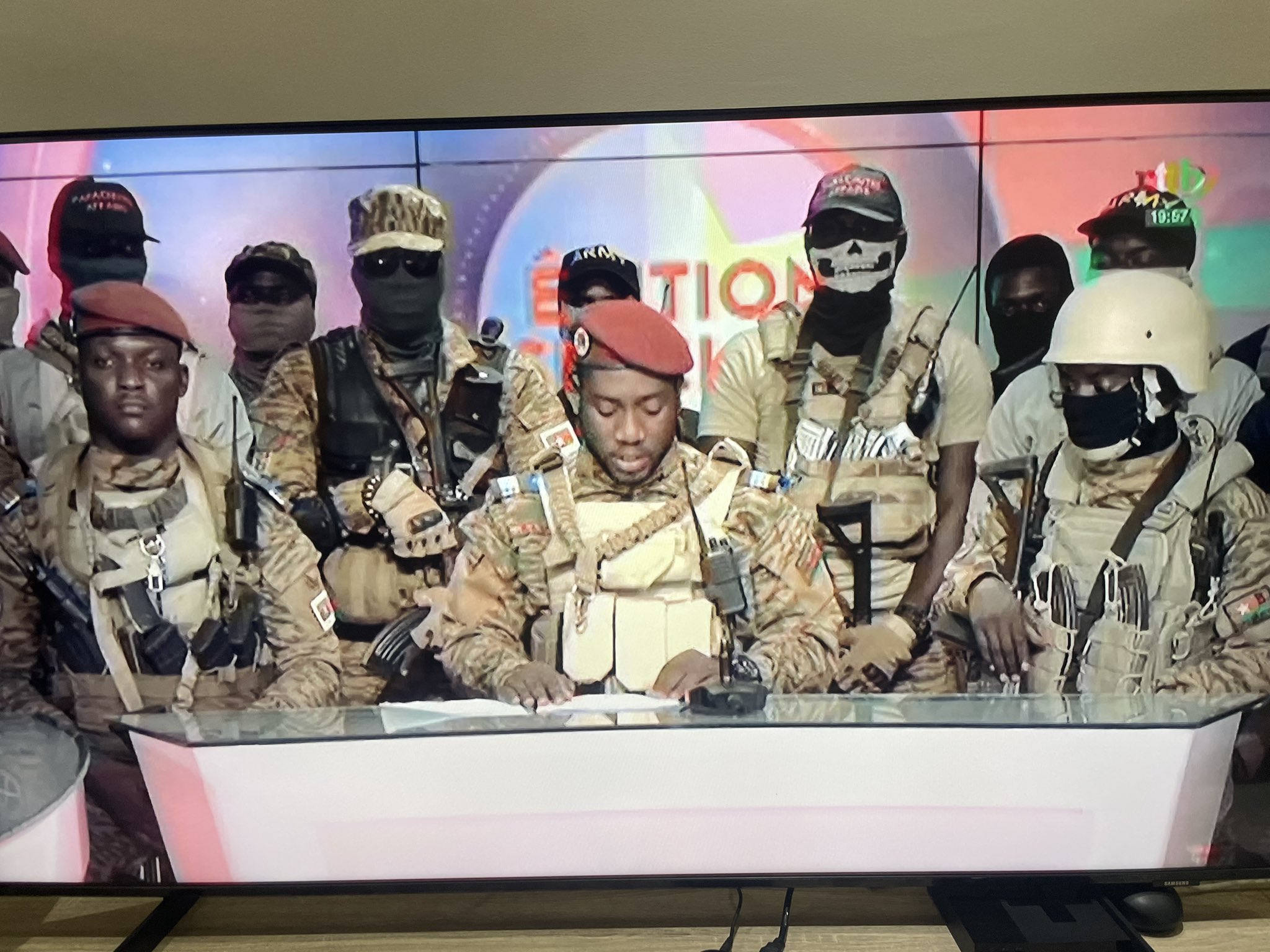 OUAGADOUGOU-Shots rang out in Burkina Faso’s capital on Saturday and heavily armed security forces drove through the centre in a convoy, a day after President Paul-Henri Damiba was ousted in the second coup the West African country has seen this year.

It was not immediately clear what was happening and there was no update from new leader Captain Ibrahim Traore, who was installed by the same group of army officers who helped Damiba seize power in a Jan. 24 coup.

On Friday, Traore appeared on state television, after a day marked by gunfire near a military camp, an explosion near the presidential palace, and the state television going off-air. Flanked by soldiers, he declared the government dissolved and borders closed.

Damiba’s whereabouts remain unknown. Apparent calm returned to Ouagadougou early on Saturday, but the sound of shots around noon and the appearance of the special forces convoy prompted shops to close and some people to run for cover.

“The situation remains tense in Ouagadougou. It is recommended to limit your movements,” the French embassy said in a statement.