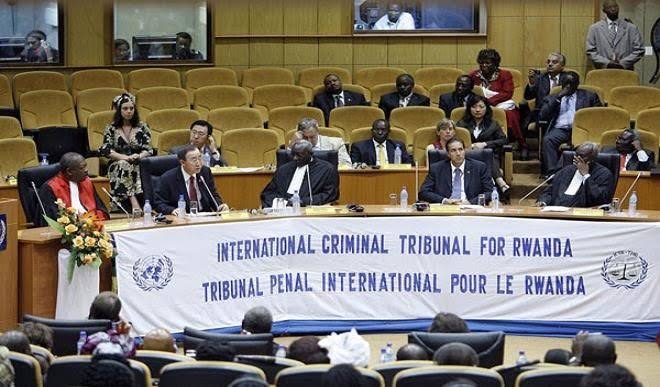 THE HAGUE– A U.N. tribunal in The Hague opened the genocide trial on Thursday of a Rwandan businessman captured two years ago after decades on the run, with judges saying the hearing must go on despite the suspect’s decision to boycott it from his jail cell.

Felicien Kabuga, a former businessman and radio station owner, is one of the last suspects sought by a U.N. tribunal prosecuting crimes committed in the 1994 genocide when ruling Hutu majority extremists killed more than 800,000 minority Tutsis and Hutu moderates in 100 days.

“Mr. Kabuga is this morning well but has decided not to attend the hearing this morning either in person or via video link,” Judge Iain Bonomy said.

“The trial must proceed” with the opening statement of the prosecutor, judges decided.

Kabuga is in his mid-to-late 80s, though his precise date of birth is disputed. He was arrested in May 2020 in Paris between COVID-19 lockdowns and extradited to The Hague where he has entered a not-guilty plea.

Prosecutors have charged the former coffee and tea tycoon with three counts of genocide and two counts of crimes against humanity, primarily for promoting hate speech through his broadcaster, Radio Television Libre des Milles Collines (RTLM).

He is also accused of arming ethnic Hutu militias.

“In support of the genocide, Kabuga did not need to wield a rifle or a machete at a roadblock. Rather, he supplied weapons in bulk and facilitated the training that prepared the Interahamwe (Hutu militias) to use them,” U.N. prosecutor Rashid Rashid said in his opening statement.

Rashid added that Kabuga had founded a radio station that “broadcast genocidal propaganda across Rwanda”. Prosecutors said the genocide charges covered rapes and sexual assaults as well as killings. Hutus were encouraged in RTLM broadcasts to “taste” Tutsi women, they said.

U.N. prosecutor Serge Brammertz told journalists after Thursday’s hearing that Kabuga’s no-show was “a strategic decision from his side” but said it would not affect the proceedings. Because of Kabuga’s advanced age and fragile health the court will only sit for six hours a week, divided over two days. Brammertz said the prosecution case will take several months.

“Time is essential here so we hope this trial can proceed as fast as possible, ” Brammertz said. The defence is due to make its opening statement when the trial resumes on Friday.