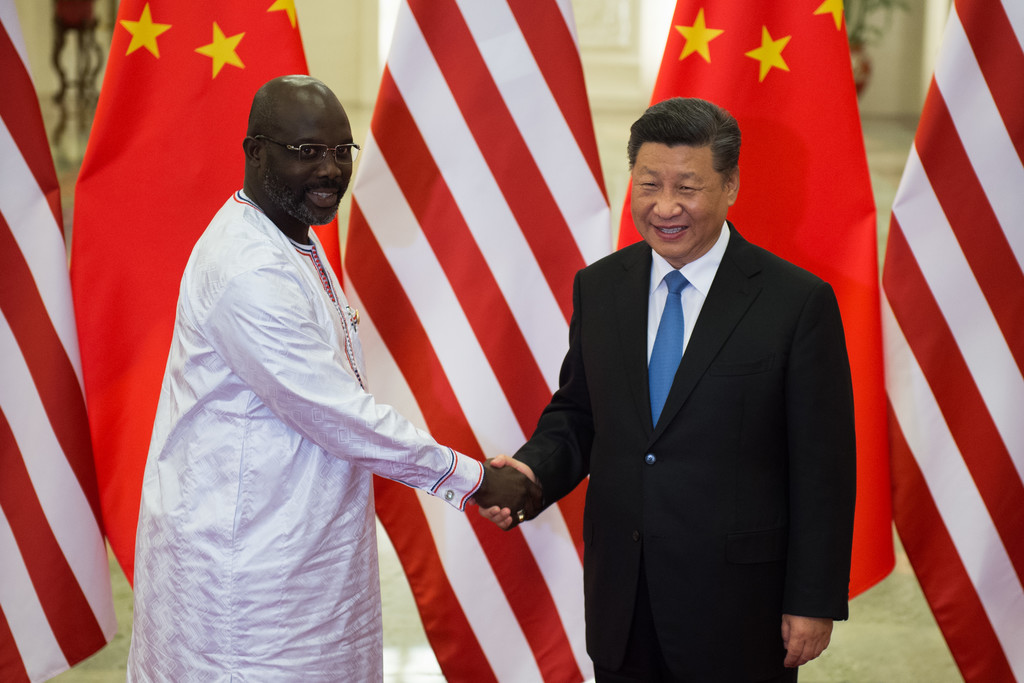 Chinese Ambassador to Liberia H.E. Ren Yisheng on the occasion of the 73rd anniversary of the founding of the People’s Republic of China

On October 1st, we will celebrate the 73rd anniversary of the People’s Republic of China.

On October 16, the 20th National Congress of the Communist Party of China(CPC), which has attracted worldwide attention, will be convened in Beijing. The conference will comprehensively summarize the major achievements and valuable experience of China’s reform and development, fully grasp the new requirements for the development of China’s cause in the new era and new journey, and the new expectations of the people, and formulate a program of action and major policies.

Since the 18th National Congress of the CPC in 2012, socialism with Chinese characteristics has entered a new era.

In the past decade, China’s reform and opening up have mad new progress. China’s all-round and high-level open economy has been accelerated, and the joint construction of the “Belt and Road” has achieved fruitful results. China actively participates in global economic governance and contributes Chinese wisdom and strength to building a community with a shared future for mankind.

In the past decade, the advantage of the socialist political system with Chinese characteristics has been brought into full play. We adhere to the organic unity of party leadership, running the country by the people and law-based governance, and positively develop whole-process people’s democracy.

In the past decade, China has made significant progress in its basic strategy of comprehensively promoting the rule of law. Law-based governance, law-based exercise of State power, and law-based government administration are advancing coordinately. The integrated development of rule of law for the country, the government and the society has been promoted.

In the past decade, Chinese people’s life has improved in all aspects. We have historically solved the problem of absolute poverty that has plagued China for thousands of years. Nearly 100 million rural people have all been lifted out of extreme poverty, and people’s living standards and quality have continued to improve.

In the past decade, China’s ecological civilization construction has changed with each passing day. The concept of “lucid water and lush mountains are invaluable assets” is deeply rooted in the hearts of the people. China’s ecological environment has achieved a historic turning point, with more and more blue sky, white clouds, lucid water and lush mountains. A new picture of beautiful China is slowly unfolding.

Since the outbreak of the COVID-19, China has always adhered to the complete, accurate and comprehensive implementation of the new development philosophy, coordinated epidemic prevention and control with economic and social development, and made every effort to protect people’s lives and health, and achieved economic stabilization and recovery.

China has found the right development path that suits its own national conditions. Under the leadership of the CPC, the 1.4 billion Chinese people are forging ahead bravely on the new journey of building a modern socialist country in an all-round way, and the great rejuvenation of the Chinese nation is unstoppable.

The world is undergoing profound changes unseen in a century while COVID-19 pandemic has intertwined, and the world has entered a new period of turbulence and change. Against this backdrop, President Xi Jinping solemnly put forward the Global Development Initiative (GDI) at the United Nations. The purpose is to call on all countries to pay attention to development issues and form a joint force to meet challenges together. Earlier this year, President Xi also solemnly put forward the Global Security Initiative (GSI) at the annual session of the Boao Asia Forum, advocating that all countries staying committed to the vision of common, comprehensive, cooperative and sustainable security. China continues to actively promote the Belt and Road Initiative(BRI) international cooperation, actively promote international cooperation in the fight against COVID-19, and provide anti-epidemic materials to more than 160 countries.

China and Africa have always been a community with a shared future. By upholding the concept of sincerity, real results, affinity and good faith and following the principle of pursuing the greater good and shared interests, China actively promotes the development of China-Africa comprehensive strategic cooperative partnership. In recent years, China-Africa win-win cooperation, by docking the BRI and Forum on China-Africa Cooperation(FOCAC) action plans with AU Agenda 2063, has focused on economic growth and development, reducing poverty through human resource capacity development, to ensure sustainable peace and security on the continent.

President Xi Jinping, when addressing the opening ceremony of the 8th Ministerial Conference of FOCAC held in Dakar, Senegal last November, made four proposals for building a China-Africa community with a shared future in the new era, which include fighting COVID-19 with solidarity, deepening pragmatic cooperation, promoting green development and upholding equity and justice. He also announced that China will work closely with African countries to implement Nine Programs which include medical and health, poverty reduction and agricultural development, trade promotion, investment promotion, digital innovation, green development, capacity building, cultural and people-to-people exchange, and peace and security.

In recent years, under the framework of the BRI advocated by President Xi and the “Pro-poor Agenda for Prosperity and Development”(PAPD) advocated by President George Manneh Weah, China-Liberia cooperation has achieved fruitful results in such areas as economy and trade, health care, infrastructure construction, food security, and human resource development. At present, the two sides are actively implementing such development projects as the two Capital overpass bridges, the clinical diagnostic and treatment lab at the 14 Military Hospital, the fingerprint comparison lab, LBS expansion and upgrade, and Somalia-Sinkor Road and Bridge. The Chinese government will also apply a zero-tariff policy on 98% of imported goods from Liberia.

Since the outbreak of COVID pandemic in 2020, China has donated 6 batches (4 by government and 2 by charity organizations) of anti-epidemic materials including surgical masks, PPEs, infrared thermometers, ventilators, oxygen concentrators, ambulances and etc. to Liberia. The 15th batch of China Medical Team has recently arrived in Liberia and started its work at JFK Medical Center. In recent years, the Chinese government has provided food-aid up to 2,500 tons of rice to Liberia annually. China has officially resumed the government scholarship physical study program this year. For 2020-2023, the Chinese government will provide 190 full scholarships to Liberia. China-Liberia friendly cooperation has broad prospects, and China is willing to continue to make efforts to promote the comprehensive and in-depth development of China-Liberia friendly and cooperative relations, so as to better benefit the two peoples.

Standing before a new historical journey, China will continue to hold high the banner of peace, development, cooperation and win-win, adhere to the path of peaceful development, provide new opportunities for the world with China’s new development, share development experience and strengthen cooperation with Liberia and other countries in the world, and jointly build a community with a shared future for mankind.

The views expressed in this commentary are solely of the author and do not necessarily represent that of the Live Africa News.