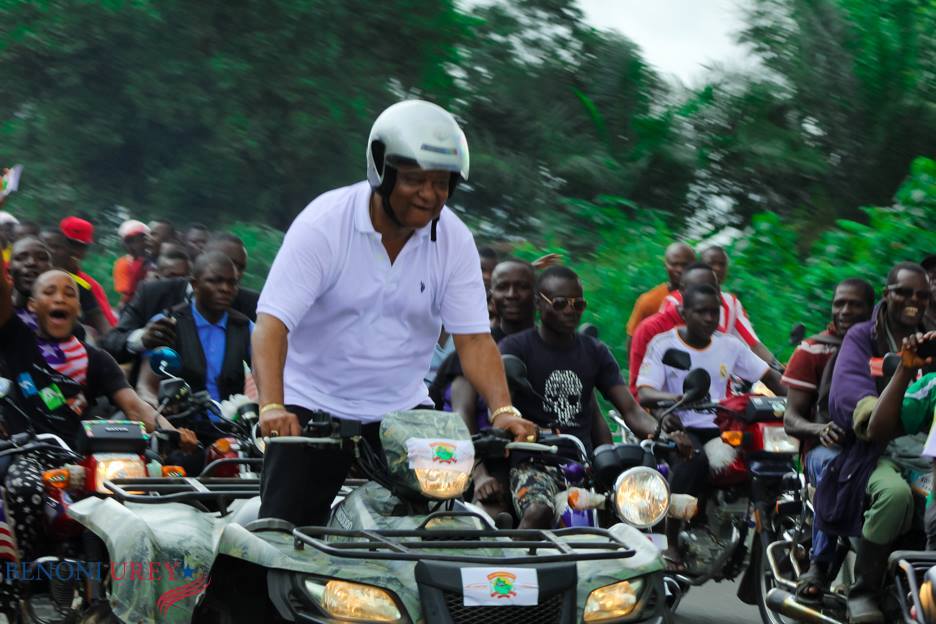 It’s no secret that Liberian history has been punctuated by periods of abject social upheaval, underscored by injustice and serious human rights violations; however, in the thirty years since the civil wars, massive gains have been made. We elected the first woman president in Africa, and the exchange of power from former President Sirleaf to current President Weah, marked the first peaceful transfer of power for the country since 1944.

Yet, it is in the uniqueness of this peaceful transfer that we are reminded of the fragility of our government system. And as certain administrations across the continent engage in devious rules of public engagement, Liberia must recognize, monitor and condemn these actions. One profound, and meaningful way to denounce these actions is through the rejection of corruption within our own borders.

Simply, it’s time to reopen the Truth and Reconciliation Commission (TRC) and run it properly, with the government finally enforcing recommendations, establishing criminal responsibility, and reparations owed to victims.

Following the completion of the TRC’s final report in 2010, the commission faced criticism for varying reasons, including lack of adequate funding, competent staff,  insufficient infrastructure, and the government’s failure to follow through on the recommendations made by the TRC– calling its legitimacy into question.

In 2008, Amnesty International released a report titled “Truth, justice and reparation for Liberia’s victims,” which criticized the TRC’s inability to publicize its policies on reparation and prosecution. Kolawole Olaniyan points out that while the commission’s work is helpful in shining a light on what happened, “it is not a substitute for a court of law.”

Liberia must create a long-term plan to ensure that the truth is told, that justice is done, and reparations paid, he argued.

In order to resolve issues with the commission, the government in coordination with the TRC, should revisit the hearings and hold them with appropriate levels of funding; and perform due diligence in uncovering atrocities committed. Additionally, it is imperative the mandate is not rushed.

But of course, there are parties who don’t want this to happen, and those parties have political power. It is outrageous that Liberian citizens have still not received justice, and that today war criminals dare to engage in the country’s politics.

Take Benoni Urey, embattled figurehead for the All Liberian Party nearly universally disliked by Liberian voters but still scheming to install himself in government on the coattails of Joe Boakai.

Liberians know who he is. That he procured weapons from Russian arms dealer Viktor Bout. That those weapons went on to kill ten of thousands of Liberians. That he mysteriously became wealthy overnight, suggesting potential defrauding of the Liberian public. That he was on the UN and United States sanctions lists for his participation in the Charles Taylor government. Yet, he walks amongst us free.

As we head into another election, with the understanding that men like Urey have not been held accountable, we must assume they have not changed. We must assume they are watching as other autocratic leaders and criminals lawlessly bully communities for their own personal gain – learning new tactics to deploy on Liberian citizens. And we must be wary of their influence on our institutions’ leaders.

If Liberia wants to preserve the democracy it has worked so hard to build, and avoid going the way of other countries across our great continent, it must choose to re-establish the TRC, urgently. The citizens of Liberia deserve closure and the safety of a strong democracy.