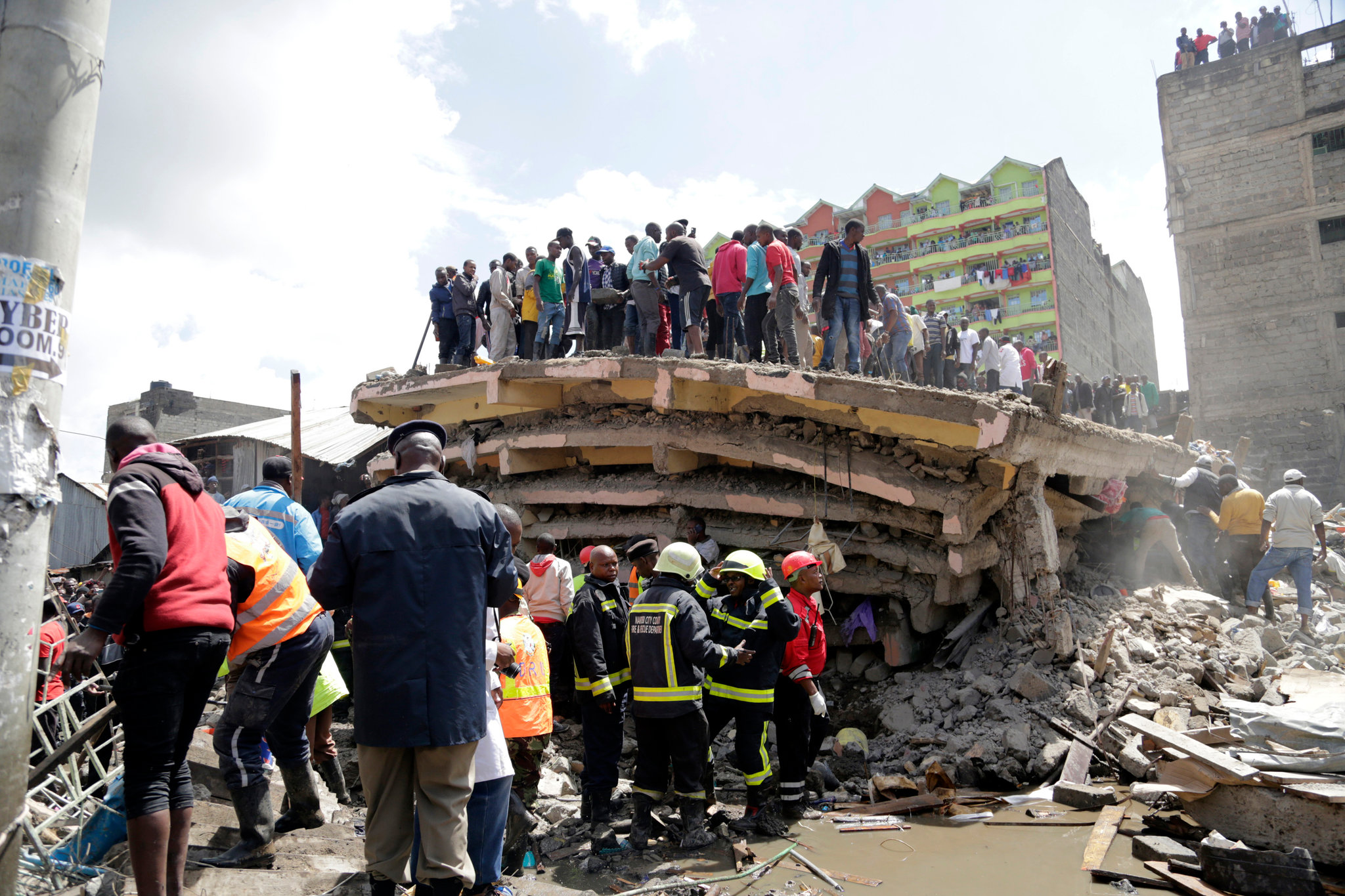 Three people have died and scores injured after a six-storey building collapsed in Kiambu, central Kenya.

Rescue efforts are under way and emergency workers have managed to pull a child from the rubble. Several others have also been rescued but “sadly, some are feared to have succumbed to their injuries”, Kiambu county Governor Kimani Wamatangi said. Building collapses in Kenya have in the past been blamed on poor structural design or sloppy construction.

The cause of this collapse is unclear but the building was under construction when it came down. Eyewitnesses said it fell onto an adjacent building. It is not known how many people are still under the debris. The child who was rescued is now being treated in hospital, national broadcaster KBC reports.

Soldiers, workers from the Kenya Red Cross and National Youth Service personnel as well as local volunteers are all at the scene in Kiambu town, which is about 20km (12 miles) north of the capital, Nairobi.

Photos from the site show a mechanical digger and rescue workers trying to find survivors.