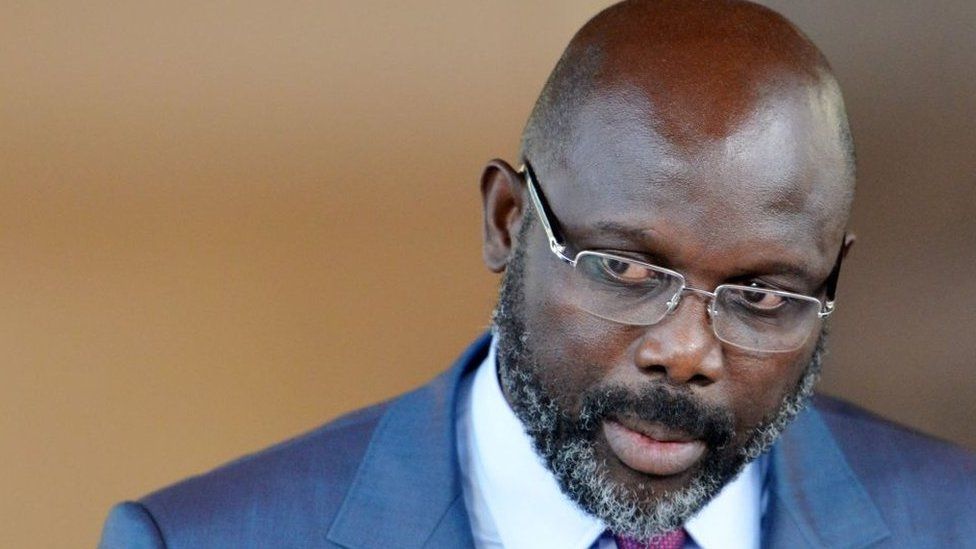 The absence of President George Weah at the funeral of the century is sending shockwave in Liberia as many Liberians at home and in the diaspora now believe that the UK government under New Prime Minister Liz Truss is deeply unhappy with the backsliding of democracy in Liberia and the rampant corruption seen ove the past five years.

LONDON-It was the grandest of state funerals. It was a rare moment of shared national reflection. It was also a masterclass in diplomatic choreography.

Two full hours before Queen Elizabeth II’s solemn state funeral began at 11 a.m. Monday, the world leaders began to arrive. They came in waves — with a clear hierarchy on display.

For most, their arrival at the 750-year-old Westminster Abbey, just across the road from the Palace of Westminster, involved gingerly stepping off a coach onto a sawdust-strewn London pavement.

U.S. President Joe Biden, apparently the sole overseas visitor allowed to dodge the VIP ‘park and ride’ system in place for foreign dignitaries, arrived early in his armored limousine known as ‘The Beast’. He was the first incumbent U.S. president ever to attend a British monarch’s funeral.

But the special privileges afforded the so-called special relationship ended there.

Biden was forced to wait to take his seat as a military procession, including recipients of the Victoria Cross — the highest and most prestigious award of the British honors system for valor — filed past him up the aisle.

The U.S. president and his wife then found themselves seated way back within the south transept of the abbey, perched on the end of a row just behind the Polish president, Andrzej Duda. Jill Biden took her place next to Swiss President Ignazio Cassis.

Higher up the pecking order were the leaders of the Commonwealth realms — nations for whom Queen Elizabeth had remained the head of state. Canadian President Justin Trudeau, New Zealand premier Jacinda Ardern and Australia’s new leader Anthony Albanese were all given later arrival times and more prominent seats inside the abbey.

They appeared to arrive together, with Ardern having confirmed over the weekend she was more than happy to take the shared VIP transport provided.

Despite disquiet from some foreign embassies about the travel arrangements ahead of Monday’s funeral, other world leaders too embraced the shared travel. Nairobi-based media company Kenyans.co.ke carried a photograph of President of Kenya William Ruto posing onboard a coach making its way to Buckingham Palace for the state reception on Sunday evening.

Some leaders had arrived at the funeral park and ride site in Chelsea, west London, as early as 7.30 a.m. — three-and-a-half hours before the funeral began. The first vehicle to cross the police cordon was registered to the Sudanese government, according to London’s Evening Standard. Italian president Sergio Mattarella was among the last to arrive, in a chauffeur-driven Maserati with the number plate ‘ITA 1’.

French President Emmanuel Macron shared a coach with other European leaders, including European Council President Charles Michel. Macron had caused a sensation in London Sunday afternoon after he was spotted walking through the streets with his wife Brigitte. President of Ireland Michael D. Higgins, Brazilian President Jair Bolsonaro and South Korean President Yoon Suk-yeol also appeared to arrive around the same time.

Foreign royals, who had arrived on luxury mini-buses, were given some of the best seats in the abbey, with King Willem-Alexander of the Netherlands, and members of the Spanish royal family, sitting near the queen’s immediate family near the altar. Europe’s longest-serving living monarch, Queen Margrethe of Denmark, sat directly opposite King Charles.

Former British prime ministers — John Major, Tony Blair, Gordon Brown, David Cameron, Theresa May and Boris Johnson — arrived separately in a fleet of black BMWs. They were seated together, near the royal family in choir stalls. Cherie Blair and Gordon Brown — famously unhappy neighbors in Downing Street back in the 2000s — chatted animatedly as they waited for the service to start. Former Tory leaders May and Johnson were tactfully separated by the genial Philip May.

Seated further back were the great and the good of the British political establishment, including the new U.K. Foreign Secretary James Cleverly, Chancellor Kwasi Kwarteng and Business Secretary Jacob Rees-Mogg, who had arrived wearing a top hat for his bus trip from Chelsea. Other members of the Cabinet were joined by other senior ministers including Climate Change Minister Graham Stuart and Security Minister Tom Tugendhat.

Scottish First Minister Nicola Sturgeon sat silently next to Labour’s Leader in the House of Lords Angela Smith as they waited for the service to start.

In a moment of extraordinary symbolism, Michelle O’Neill, deputy leader of the nationalist Sinn Féin party and Northern Ireland’s first minister-designate, was present and seated close to party leaders from across the other U.K. nations. Democratic Unionist Party Leader Jeffrey Donaldson and his predecessor Arlene Foster were sitting nearby.

Keeping a low profile within the congregation were a number of current and former senior government officials.

Christopher Geidt, the queen’s former private secretary, who became Boris Johnson’s ethics adviser before quitting earlier this year, was among a host of former royal courtiers invited. Sue Gray, who authored the ‘Partygate report‘ which contributed to the downfall of Boris Johnson’s premiership, was seated next to former Conservative Party leader Iain Duncan Smith. Tim Barrow, the U.K.’s new national security adviser and England’s Chief Medical Officer Chris Whitty were also seated near the back of the abbey.

Simon Case, the Cabinet secretary, who was a former private secretary to Prince William now serves as the government’s most senior official, arrived alongside Prime Minister Liz Truss. Truss, accompanied by her husband Hugh O’Leary, delivered the second reading of the service, a biblical passage. “Let not your heart be troubled,” she said. “In my father’s house are many mansions.”

Only Russia, Belarus and Syria were excluded from the international gathering — a genuine ‘who’s who’ of the queen’s 70-year reign.