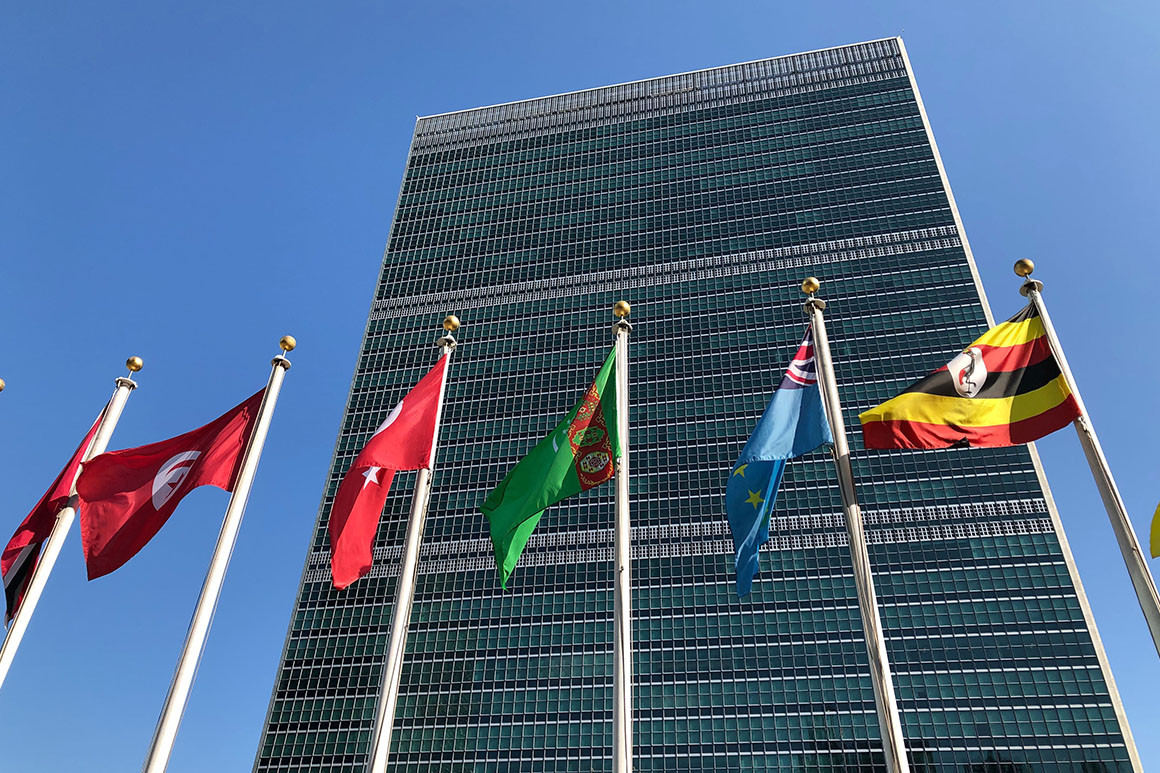 NEW YORK — If everyone who turns up to the United Nations General Assembly really cared about the things they say they care about, wouldn’t the world be a better place by now?

After decades of progress in reducing poverty and improving health outcomes, in recent years the world has started falling far behind in efforts to meet the 17 U.N. sustainable development goals (SDGs), agreed to by all governments in 2015. On some issues, including gender equality, the world is going backwards.

So what, then, is the point of 150 heads of state and government gathering in New York this week? And can a series of side summits — convening everyone from Clinton administration alums to tech activists to European royals — change anything?

New York City in the second half of September is now a two-week festival attracting all those who deal with global challenges.

Often it’s about seeing and being seen.

Celebrities here can take an easy stand, without crossing domestic partisan political lines. Everyone from Korean megastars BTS to American actors like Matt Damon and Goldie Hawn use UNGA as a platform for their causes.

What was once a chance for national leaders to deliver speeches on a global stage or grab the U.S. president’s ear in a corridor is now a late-summer version of Davos, but bigger.

“When I first came to UNGA in the 1990s it was very sterile. One prepared speech after another. Today it’s the opposite of sterile, it’s where global ideas get tested,” said Werner Hoyer, president of the European Investment Bank.

Accessing UNGA doesn’t cost $50,000 a person — as the World Economic Forum does — and New York shopping is better for dictators’ wives. It’s no wonder UNGA has become WEF on steroids.

Much like the WEF main stage, the official UNGA program of leaders’ speeches is often now the sideshow.

In the shadow of Queen Elizabeth’s funeral, and with the world’s most powerful authoritarian leaders as no-shows, that’s certain to be the case in 2022.

This year’s speeches can’t be worse than the fully remote 2020 UNGA — which turned into a 30-hour video call — but will be nevertheless be “pretty valueless,” said Richard Gowan, a U.N. process expert who heads International Crisis Group’s U.N. office.

In part, that’s because the leaders don’t listen to each others’ speeches — and they address their own remarks to domestic audiences. “Once POTUS leaves, you have presidents and prime ministers speaking to the diplomatic equivalent of two men and a dog,” Gowan said.

Mark Suzman, CEO of the Gates Foundation, which invests more than any other NGO into U.N.-backed health and social campaigns, has a wake-up call for all those descending on Manhattan this week.

“Rich countries are distracted. There’s not a lot of focus,” Suzman told reporters, bemoaning the lack of progress on key global equity programs. “[We’re]seriously off track for the vast majority of SDGs.”

Too big, and fail

Many participants this week doubt that UNGA is equipped to get the world back to work.

“UNGA has become a gabfest” said David Miliband, president and CEO of the International Rescue Committee. “Let’s not lose sight of the legitimacy and authority and responsibility that attaches to nations. If the multilateral system doesn’t work, everything else is compensating for that,” he told reporters.

Louise Blais, a former Canadian ambassador to the U.N., agrees that UNGA is falling short of its potential. “Giving a voice to civil society is crucial,” she said, but “trying to cram in as much as possible” means UNGA “has a poor track record in helping to achieve the SDGs.”

Blais said UNGA is becoming unmanageable for many organizations, even large governments.

During her tenure as ambassador from 2017 to 2021, she said 40-50 Canadian diplomats were assigned to work through a 50-page spreadsheet of invitations to between 400 and 500 events during UNGA, to decide whether or not a Canadian official should be dispatched.

Zia Khan, senior vice president for innovation at the Rockefeller Foundation, says UNGA focuses on the right problems, but that both U.N. insiders and outside activists often fail to marry their strengths. “There’s a disconnect between the entrepreneurs who can innovate, and the institutions which can scale,” he said.

“A lot of social entrepreneurs have a hard time getting to scale. They’re courageous and inspiring, but it’s like trying to change how people eat cheese by setting up a hipster cheese shop in Brooklyn. You have to get to the big grocery chains,” Khan said.

The UNGA equivalent of those big chains are global nonprofits like the Gates Foundation and GAVI, the Vaccine Alliance.

The U.N. increasingly relies on these outside organizations to respond to global challenges, and UNGA crowds have taken the hint.

It’s more important to show up for the launch of the Gates Foundation Goalkeepers report or at week-long events like Goals House — a meeting point organized by the consultancy Freuds which pops up at global events year round — than to huddle with health and development officials from national governments.

And big business is getting in on the act, too. Previously seen mostly as donors — UNICEF raises around $2 billion each year form private sources — corporations have expanded their role to be sources of ideas and partners at major U.N. events.

Microsoft is “strategic principal sponsor” of the COP27 climate summit scheduled for November in Sharm El-Sheikh, Egypt. The company also opened a new U.N. office mid-September, which is bigger than many U.N. embassies — taking up the walnut-paneled 34th floor of a skyscraper overlooking U.N. headquarters in midtown Manhattan.

Microsoft executives say their focus is on using their convening power to engineer large-scale change, doing for global challenges what the company has done to software and other digital markets.

“Yesterday, we had the president of the General Assembly here setting out his plans to take us through to the SDG summit next year. We had the Deputy Secretary General in the evening before talking about the importance of data and sustainable development. In the first three days of this place being open, it feels like we’re having some really important conversations,” said Chris Sharrock, Microsoft’s vice president for U.N. affairs and international organizations.

The fringe festival around UNGA is a victim of its own success.

“We all know it’s an absolute shitshow,” said one executive at a global philanthropic organization, who asked to remain anonymous because they were not authorized to speak to media. “But that’s also how it keeps growing: we try to get more and more done early, to avoid the shitshow, but we end up extending it,” she said.

“It’s a giant petri dish where everyone’s colliding, but to actually get something done, you need a plan and a deadline for after the UNGA buzz dies down,” Khan said.

Sharrock agrees. “Considering the scale of really difficult global challenges, it’s not right to pretend you can deliver solutions in a week,” he said.

If there’s one concept that animates UNGA-goers it’s partnerships: “People want to sound smart at UNGA. I always hear ‘We need more partnerships,’ and ‘we have to break silos,’” Khan said.

Rena Greifinger, who heads experiential philanthropy at PSI, a health care nonprofit, and is managing director of the Maverick Collective, a community of women philanthropists, takes a different view. “This is a week for coordinating. It’s often not the lack of resources, it’s the lack of coordination that catches us,” she said.

“This week has become a recognition that there’s a larger ecosystem of people, and that it takes so many types of players to reach the U.N. global goals and make systemic change,” Greifinger said

As leaders arrive at $1,400 a night hotels to receive prizes for improving food security, and as crystal statues and video tributes are flung at heads of state and government who have been forced to resign, or were assassinated, it’s worth wondering whether more of the systemic change needs to start at home.

But they’ll always have New York.