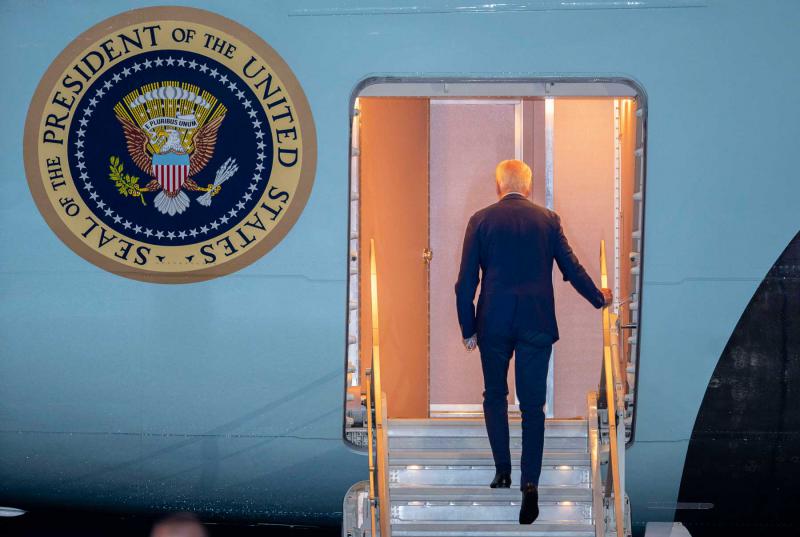 Biden and Weah to not meet at U.N. General Assembly on Wednesday.

President Joe Biden is in the United Kingdom to pay his respects to Queen Elizabeth II at a time of global democratic fragility and backsliding not just in the West, but also in Africa which also highlights Liberia’s democratic relations with the United States of America.

The hawkish approach of President Biden’s administration toward Liberia’s democratic backsliding, Human Right violation, War Crimes, Corruption, and interference in the Rule of Law by the Executive has put President Weah and his administration almost on the same page with the Biden administration as countries like Venezuela and Ethiopia. But the political rise of Weah, 56, who once called the bilateral relationship between the US and Liberia “historic and mutually rewarding,” has marked the new lowest chapter in the U.S.-Liberia partnership on democracy, human rights, corruption, trade, and more.

According to a Freedom House report, the global expansion of authoritarian rule around the world is becoming more as nondemocratic regimes become even more brazen in their repression, and “many democratic governments suffer from backsliding by adopting their tactics of restricting free speech and weakening the rule of law”, exacerbated by what threatens to become a ‘new normal of covid-19 restrictions,” the report found.

In the same report, Liberia, a country of nearly 5 million people and one of the poorest in the world is described as “ partly free” with a score of 60/100. According to many international democratic indicators, the Weah administration is accused of using the rule of law against opposition politicians and violating their political rights to prevent any legitimate challenge to his second term. Ordinary citizens have also expressed their distrust of the Weah administration and have signaled the kleptocratic nature of President Weah’s rule over the years.

According to sources in the US State Department, a worrying concern for the Biden administration at the ending of President Weah’s first term is his continuous “appetite for Kleptocracy, weakness and careless leadership toward institutional democracy and anti-corruption measures coupled with lousy legislation that continues to deepen Liberia democratic fragility and backsliding”. Political analysts in Monrovia and abroad say the Weah administration’s undemocratic moves over the years have caused deep strain between the US and Liberia and undermined Liberia’s hard-earned domestic peace, stable international image on the world stage, and national unification.

US diplomats in Monrovia with eagle eyes on Liberia’s democratic trend said, Liberia’s undemocratic move “would not create a conducive environment” for crafting and sustaining a strong, long lasting-U.S.-Liberia partnership coveted by President Weah and his Coalition for Democratic Change (CDC).

According to one source, who stated directly that “it seems that President Weah has signaled that he’s not willing to go the extra mile on corruption and war crimes and that’s going to cause a serious rift. “It’s going to keep all Liberians home and in the diaspora up at night.”

Biden and Weah are not set to meet or say hello. According to sources from the Liberia Ministry of Foreign Affairs, the Weah administration is frantically lobbying and “opting instead for a meeting at the U.N. General Assembly on Wednesday” which the White House has not acknowledged or confirmed is possible on any part of the US soil.

The two historic allies now find themselves in a period of political uncertainty on both sides of the Atlantic. Weah finds himself, facing serious questions about whether he has what it takes to govern as a democratic leader, lift a country battered by economic downturns, rampant corruption, human rights violation, infrastructure deficit, war crimes, poverty, sickness borne out of the coronavirus pandemic, and Russia’s invasion of Ukraine economic effects unleashed on the global energy market.

“It’s certainly a time for political change and transformation in Liberia,” said Barbara P. Jackson, A Liberian living in Sweden. She added, “We don’t know what will happen in our upcoming elections in 2023. But what we know now from all indications is if President Weah remains in this same mindset, We don’t know what will happen to our families and friends living in Liberia, hopes, and dreams after 2023.”