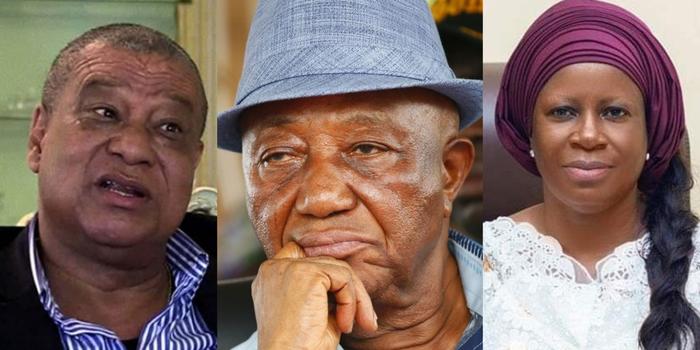 Forming alliances in the political sphere can be tricky. There will always be an unlikable candidate or elected official, and reasons range from the arbitrary color of a tie, to impactful voting and legislative track records. For Liberians, as another year passes between peace and civil wars, and the world order attempts to course correct a global pandemic, the weight of these rapidly changing political alliances and their consequential outcomes is heavy, particularly as we head into the 2023 election.

Former Vice President Joseph Boakai is one to watch as he revvs up the search for his vice president – arguably, one of the most important decisions for the Unity Party (UP). Boakai is currently in the process of vetting running mates (though not all possibilities have been contacted according to the UP), and who he selects will either signal his commitment to or departure from the democratic advancement of Liberia, to both his party and Liberians alike.

Yet, the choice for his vice president is really no choice at all between current Senator Nyonblee Karnga-Lawrence of the Liberty Party (LP), and formerly sanctioned, alleged war criminal Benoni Urey of the All Liberian Party (ALP).

In fact, the most senior officials within the UP agree on that point as well.

At a fundraising event over the weekend for the Karnga-Lawrence faction of LP, Mo Ali wore a t-shirt with the inscription “Boakai-Nyonblee 2023” front and center. He didn’t mince words when providing commentary on the shirt, either. On Facebook, Ali posted: “We are not ambivalent, we are not ambiguous and we know exactly where we stand. The t-shirt tells where we stand and that’s on period.”

This signals trouble in paradise for a Boakai and Urey ticket amid the recent UP and LP alliance.

Byron Brown, Jr. of the ALP seemingly responded to Ali, saying, “Mr. Benoni Urey must be respected for being loyal to Boakai over the years when no other opposition leader in the disintegrated CPP had confidence in him.”

But what Brown, and apparently the ALP utterly fail to remember, is that Boakai would not have been in a situation where the CPP was disintegrating to begin with, had it not been for Urey’s disastrous scheming against Alexander Cummings which spectacularly backfired. Therein lies the “proof in the pudding” so to speak, that Urey is not a reformed war criminal – despite his money’s best efforts to suggest otherwise; rather, Urey is still playing by manipulative, old rules. Rules wherein he creates a crisis for a “friend” and then stands by in an attempt to showcase his loyalty.

He’s not fooling anyone.

The selection of Urey as a running mate represents an existential risk to Boakai, and many within his inner circle remind him of this on a daily basis. According to leaked diplomatic cable signed by former Secretary of State Condoleezza Rice in 2008, any request to remove Urey from sanctions should be denied because:  “Benoni Urey continues to pose an ongoing threat to the peace and stability in Liberia and the subregion. Urey was the Commissioner of Maritime Affairs for former Liberian President Charles Taylor, and was known to play a key role in arms procurement.”

Although Urey was able to get off sanctions during the Obama administration, there are credible rumors he could be soon listed once again, according to numerous media reports. In fact, there were clear references in a recent press release by the US Department of Treasury that other sanctioned Liberians had collaborated closely with “organized warlords to threaten political rivals” – which appears to be a clear reference to Benoni Urey’s role in having Alexander Cummings arrested.

And Boakai doesn’t need to heed some ill attempt at bullying by the ALP anyway – which only further serves to highlight just how corrupt the ALP and Urey are.

Then again, what would we expect from someone who was sanctioned by the United Nations and indicted on eleven counts including rape, murder, child trafficking, economic sabotage, bribery and criminal conspiracy by the Grand Jury of Montserrado County? From someone thought to be so vile, that he was prohibited from entering the United States. From someone the former Secretary of State Condoleezza Rice noted, “… continues to pose an ongoing threat to the peace and stability in Liberia and the sub-region.”

Indeed, the selection of a running mate will set the tone for a potential administration. One in which Liberians, and the world, will judge and be judged.

Fresh on the heels of recent sanctions, the U.S. and Brussels will remember and recall Urey. They will look at him as a deadly serious political choice, and be unwilling to engage in foreign policy efforts which align them with alleged war criminals.

It will set the tone here in Liberia, too. Liberians will wonder if they can trust Boakai, when so many are already distrustful of Urey. Afterall, 50,000 of us were brutally killed after Urey made those weapons procurement deals with Russian arms dealer Viktor Bout.

The Unity Party must and should thoroughly consider the consequences of aligning with a candidate like Urey, who has a history of hurting our people, a history of sabotaging political alliances, and a history of threatening those he wishes to use for his own personal gain.

Whether the UP selects Karnga-Lawrence as Boakai’s running mate is yet to be seen. But they could do a whole lot worse.