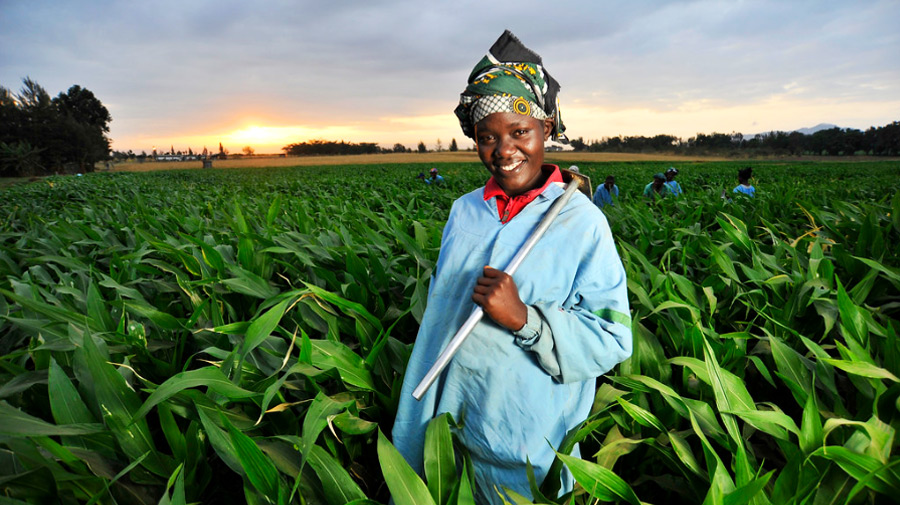 China has removed tariffs on 98% of goods imported from nine of Africa’s poorest countries. The move benefits China’s image, but has little economic impact; experts say.

China has removed tariffs on 98% of taxable items originating from nine of Africa’s least-developed nations.

Several Asian countries have also been included in the scheme.

It follows Chinese President Xi Jinping’s announcement at the China-Africa summit in November 2021 that steps would be taken to increase the import of agricultural products from Africa.

Xi said at the time that the aim was to boost these imports from the continent to $300 (€302 billion) over the next three years, eventually reaching $300 billion a year by 2035.

In 2020, food and agriculture sales to China from African countries reached $161 billion, making up 2.6% of China’s total imports.

He went on to explain that his country still relies on imported foodstuffs and will continue to do so for a very long time, with no capacity to export in a meaningful way.

China is Mozambique’s principal individual creditor and its third-most important trading partner. But trade is largely a one-way street, to the detriment of Mozambique’s overall balance of payments. The elimination of trade tariffs will not help reduce Maputo’s deficits or ease its debt, explained Mosca.

But Beijing has shown a growing interest in Mozambique’s commodities. Recently, China partnered with South Korea for joint natural gas exploration in the Rovuma Basin in Cabo Delgado province, which is now set to start production in 2024.

Observers see the agreement, which was signed in August, as a sign that China may want to enter the international race for Mozambican gas at full tilt.

“I believe that this measure will also help China acquire more raw materials and make it easier for African minerals to enter China,” he added.

Harry Verhoeven, a senior researcher at the Center on Global Energy Policy at Columbia University, told DW that scrapping tariffs on mineral exports from Africa to China will do little to further encourage already massive flows from the continent to East Asia.

“They will, in most cases, just make it cheaper for Chinese importers to do so,” he said.

Verhoeven does see a potential gain for the poorest African countries when it comes to manufactured goods, however.

“Some evidence suggests that China’s lowering of tariffs has encouraged a diversification of exports from African states,” he said.

Africa’s agriculture has economic potential
A bet on agriculture could benefit both sides in future trade relations. China is, after all, the world’s biggest food importer and the agricultural sector is the biggest employer and driver of economic activity on the African continent. 60% of the world’s uncultivated arable land is in Africa.

“In a very long-term perspective, China is interested in reserving land for food production in the entire African Indian Ocean area, from Mozambique to the Horn of Africa,” researcher Mosca said.

With a growing population to feed and a plan to focus on high-tech industries — as well as finding new markets for its products — China has a genuine interest in Africa’s development.

China as an alternative choice
Mosca relayed a story, however, in which a former Chinese president told a Mozambican prime minister that Beijing “is set on industrializing Africa in the next 100 years.” That includes exporting highly polluting industries — for which China is now under permanent scrutiny, the expert warned.

In the short term, though, the measures announced by Beijing must be seen in the context of geopolitical positioning.

This is especially true in light of the war in Ukraine, which has placed many African states in a position of conflicting loyalties. This is something that China is seeking to capitalize on, Mosca believes.

“China is saying: ‘Look, there is an alternative to your age-old, traditional dependency on European countries and the US,” he said.