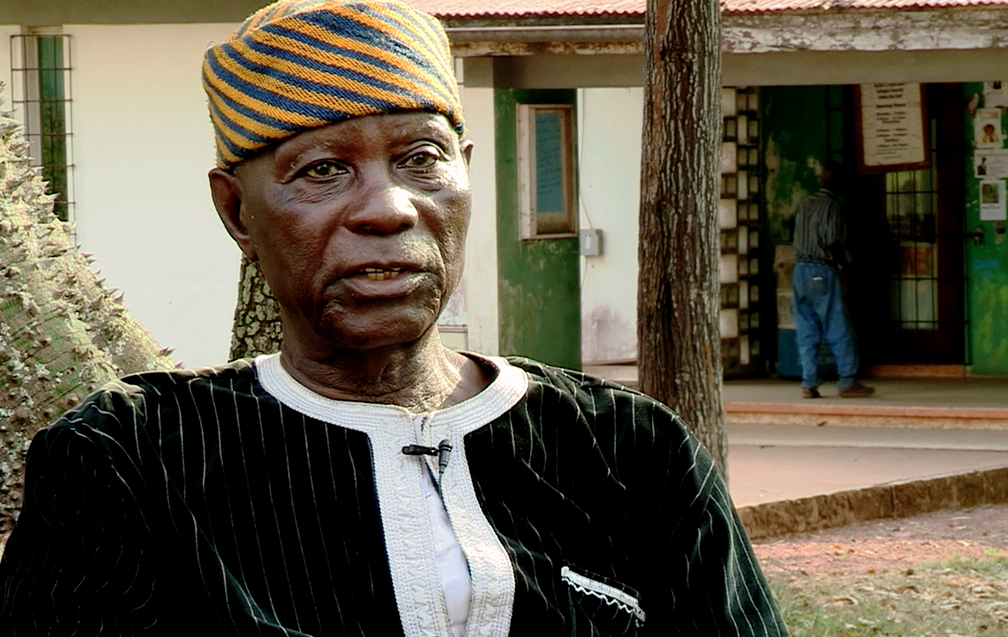 Former Liberian Ambassador to the United States, Dr. Joseph Saye Guannu has passed. And while Liberia has lost a national treasure, and one of its most important and revered historians, we can honor his memory by remembering and holding tightly to his lessons. Perhaps one of the most poignant sentiments from Guanno was the urgency for Liberian citizens and activists to support candidates who are dedicated to preserving Liberia’s democracy.

This is important now more than ever as we head into a presidential election, which will be a battle to protect and advance the democratic foundations Liberians have worked so hard to build.

Liberia’s journalists and citizenry have a duty to each other and to Liberia, to heed Dr. Guannu’s words, and hold accountable all those who wish to enter political office; a duty to thoroughly evaluate the actions and words of those who could easily influence our burgeoning government.

This includes especially, the Unity Party’s political leader Joseph N. Boakai, who seems to think he is the pallbearer of anti-corruption – regularly pointing fingers at those who will be challenging him in the election (often without evidence). Indeed, the former vice president would do well to reflect inward on his own shortcomings.

Take the embarrassing defeat in Lofa.

A trademark of a successful democracy is one wherein the exchange of power is peaceful and smoothe. One where the results of a fairly run election are acknowledged. It is concerning then, that Boakai and the leadership of the Unity Party have still yet to accept defeat and congratulate Senator Cllr. Joseph Jallah of the Coalition for Democratic Change (CDC). That is to say, the former VP and current UP candidate for president is refusing to honor a critical tenet of democracy in what amounts to divisive politics at best.

We, as Liberians, must ask why and hold his feet to the fire, or we may be doomed to repeat history.

During his time as Vice President, Boakai watched as our institutions were deliberately undermined and unapologetically destabilized through paralysis within parliament, failed local capacity-building to promote the efficiency and competence of civil service, and the enabling of corruption.

There are still several other examples of the lingering “old civil war guard” – politicians who may have publicly repented their conduct during the war, but continue to fear the truth, and continue to avoid any participation before the Truth and Reconciliation Commission.

Another outstanding example is the alleged war criminal Benoni Urey, a steadfast financier of Boakai who became mayor of Careysburg City in no small part due to the endorsement of the Unity Party – yet, approved funds under the Charles Taylor administration for weapons that went on to kill 50,000 Liberians. The same Urey who recently, wrongfully accused another presidential hopeful, Alexander Cummings, of some trumped up claim of “forgery” in the CPP framework documents, yet provided no evidence, and was found to have lied about the whole thing in the end.

And what about the claims of Boakai’s corruption and solicitation, including a US$30,000 bribe? Surely, we aren’t going to let a man whose 11 years in office were marred by passiveness, inaction, and real corruption, off the hook.

These are egregious missteps that must be vigilantly and repeatedly called out. Liberians deserve to know the truth. Afterall, we are only just building much needed and wanted stability. The stability that will provide a pathway towards economic progress. We cannot risk our futures being undermined by complacency.

Journalists – a free press –  serve as a public ‘watchdog’ by monitoring the political process in order to ensure that politicians carry out voters’ wishes, and that they don’t abuse their positions.

While things are better than they were, they could be even better. It is up to us to continue raising the bar.

Steadfast and hard hitting journalism are imperative to the proper functioning of a truly democratic society. We as citizens must support and protect those efforts at all costs. The love of liberty brought us here. Let’s celebrate Dr. Guannu by committing to leaving our children a better Liberia.