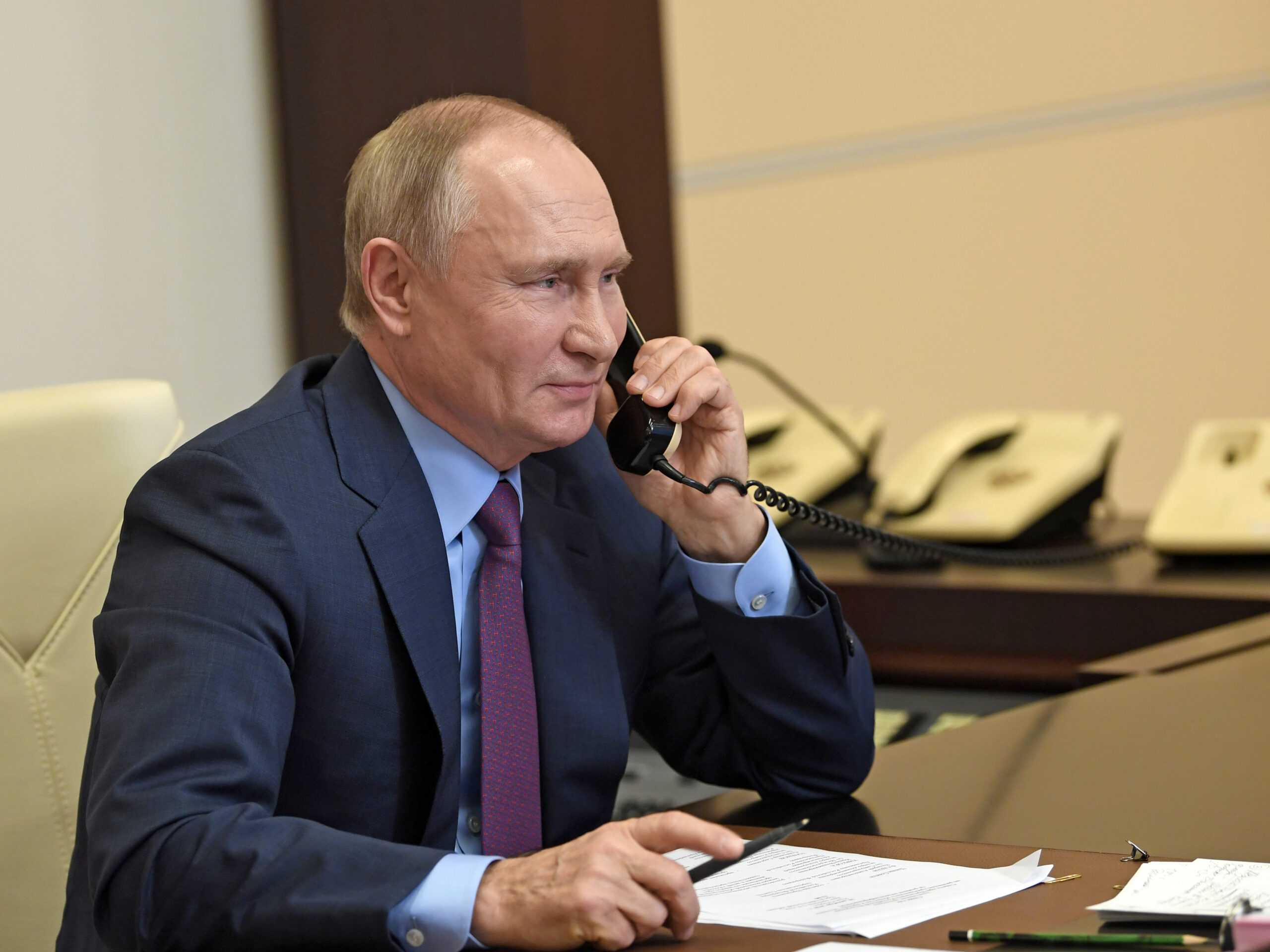 President Vladimir Putin said on Wednesday he wanted to discuss reopening a U.N.-brokered deal that allows Ukraine to export its grain via the Black Sea after accusing Kyiv and the West of using it to deceive developing countries and Russia.

Putin’s criticism, which alleged that the deal was delivering grain, fertilizer and other foodstuffs to the European Union and Turkey at the expense of poor countries, is likely to raise fears that the pact could unravel if it cannot be successfully renegotiated.

Ukraine, whose ports had been blockaded by Russia since it invaded in February, said the terms of the agreement were being strictly observed and there were no grounds to renegotiate it.

The agreement, facilitated by the United Nations and Turkey in July, created a protected export corridor via the Black Sea for Ukrainian grain after Kyiv lost access to its main export route when Russia attacked Ukraine via land, air and sea.

The agreement, designed to help ease global food prices by increasing supplies of grain and oilseeds, has been the only diplomatic breakthrough between Moscow and Kyiv in more than six months of war.

Moscow said at the time that one of the main reasons it signed the deal was because it wanted to help developing countries stave off food shortages.

But Putin said on Wednesday that Ukraine and the West were not honouring its terms and that most of the grain was going to the EU, not to poorer countries, something the Russian leader said would have to change if what he called an “unprecedented humanitarian catastrophe” was to be averted.

“I met with the leaders of the African Union, with the leaders of African countries, and promised them that we would do everything to ensure their interests and facilitate the export of Ukrainian grain,” Putin told an economic forum in Russia’s Far East region.

But if shipments to Turkey as an intermediary country were excluded he said that only two out of 87 shipments had fallen under the U.N. World Food Programme, representing just 60,000 tonnes or 3% of the total 2 million tonnes exported so far.

“We are honouring the agreements. (But) it turns out….that they (the West) have just royally screwed us over and not just us but the poorest countries whose interests were the pretext for doing all this.”

There were roughly 70 ships stranded in Ukraine when Russia invaded in February, some of which had already been loaded with grain, with contracts already signed. Some of those contracted cargoes have been the first to move.

Putin spoke about possibly restricting grain and food exports to the EU and promised to discuss the matter with Turkish President Tayyip Erdogan, who helped broker the original deal.

OTHER COMPLAINTS
A Ukrainian presidential adviser responded by saying that Russia had no grounds to review the landmark pact and that the terms of the wartime agreement were being strictly observed.

“I believe that such unexpected and groundless statements rather indicate an attempt to find new aggressive talking points to influence global public opinion and, above all, put pressure on the United Nations,” said Mykhailo Podolyak, the adviser.

Ukraine hopes to export 60 million tonnes of grain in eight to nine months, presidential economic adviser Oleh Ustenko said in July, cautioning that those exports could take up to 24 months if ports do not function properly.

According to the United Nations, 88 ships have sailed or are due to sail from Ukraine under the deal so far, and of those two have been World Food Programme ships – one of which went to Djibouti, the other to Yemen.

Of those 88 ships the most grain – 368,407 tonnes – has gone or is due to go to Turkey. Around 757,697 tonnes in total is listed as going to European Union members though some shipments are also going to other countries including China, India, Iran, Egypt and Sudan.

Putin complained that another part of the deal meant to ease restrictions for Russian food exporters and shippers was not being implemented either.

UKRAINIAN BATTLEFIELD SUCCESS?
Ukrainian officials meanwhile remained guarded about how a counter offensive on the battlefield was faring.

Luhansk region Governor Serhiy Gaidai told Ukrainian television, without giving locations, that a “counter-attack is underway and … our forces are enjoying some success. Let’s leave it at that”.

But an official with the pro-Moscow self-proclaimed Donetsk People’s Republic on Tuesday offered more detail and said there was fighting at Balakliia, an eastern town of 27,000 people that lies between Kharkiv and Russian-held Izyum, a city with a major railway hub used by Moscow to supply its forces.

“Today, the Ukrainian armed forces, after prolonged artillery preparation … began an attack on Balakliia … ” Daniil Bezsonov said on Telegram, adding that if the town were lost, Russian forces in Izyum would become vulnerable on their northwest flank.

“At this time, Balakliia is in operative encirclement and within the firing range of Ukrainian artillery. All approaches are cut off by fire,” he said.

Russia says it has repelled an assault in the south and has not reported any territorial losses.