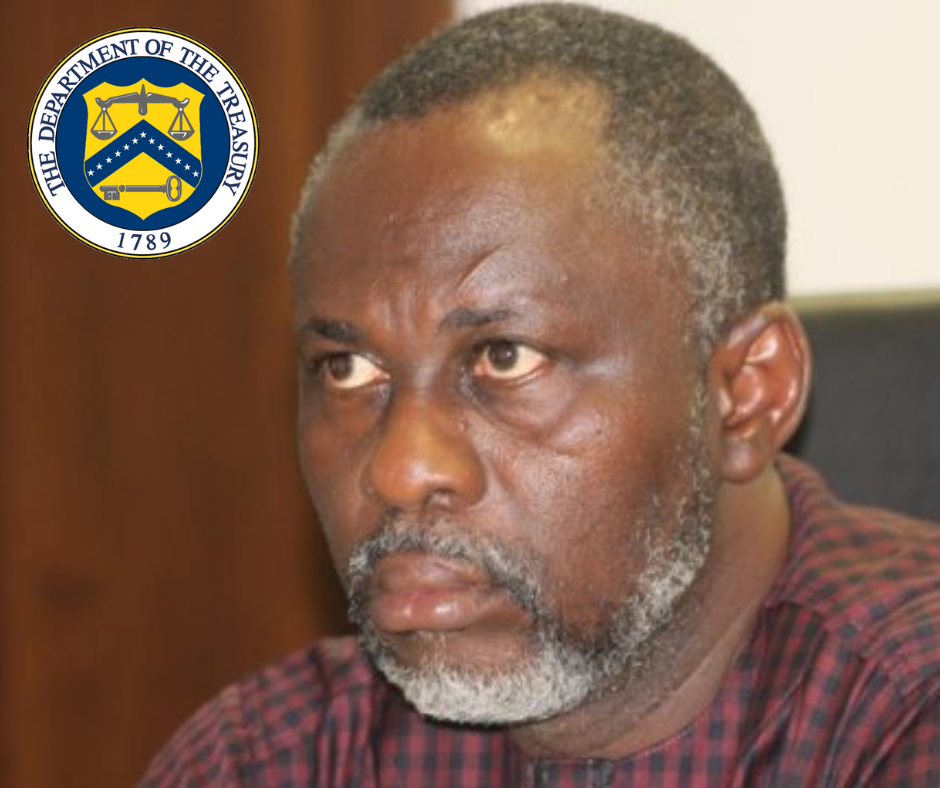 MONROVIA– The Minister of State for Presidential Affairs, Nathaniel McGill, over the past weeks has dispelled the charges and mocked the sanction brought on him by the United States government, through the U.S. Department of the Treasury’s Office of Foreign Assets Control (OFAC). In order to prove his so-called innocence, he has taken to social media to try to convince the Liberian public and gain public opinion support.

In one of his Facebook posts, the suspended and now disgraced corrupt Minister of State stated that “Following last week’s sanction by the U.S Department of Treasury and my subsequent suspension as Minister of State by his excellency President George Manneh Weah, I humbly welcomed the president’s pronouncement and asked his excellency in a detailed communication, to set up an investigative committee to probe into the grave allegations levied against me by the U.S Department of Treasury in order to afford me the opportunity to have my “day in court” as in keeping with the principle of due process”.

Political analysts, academic scholars, and opposition political parties leaders in Monrovia have openly called on President George Weah to without delay accept a resignation letter from Nathaniel McGill and other officials listed in the Global Magnitsky Human Rights Accountability Act because the reputation and affairs of the country as an independent, democratic and people accountable nation cannot wait for justice to be delayed.

Sources close to the Executive Mansion say, in recent days, the Minister of State for Presidential Affairs (now suspended) has engaged in challenging President Weah’s authority and implicitly refusing to resign the Office of Minister of State. Another LAN reporter spoke to two individuals under the condition of anonymity and they said that he (McGill) is lobbying Monrovia elites to gain sympathy from President George Weah on his behalf. It’s also said that Minister McGill has developed a strategy in collaboration with individuals and media houses in Monrovia that would allow him to evade resignation and justice.

The sanction on the suspended Minister of States of Liberia came on August 15, 2022, when the U.S. DEPARTMENT OF THE TREASURY publication titled Treasury Sanctions Senior Liberian Government Officials for Public Corruption was to the entire world.

The scathing publication noted that “During his tenure in government, McGill has bribed business owners, received bribes from potential investors, and accepted kickbacks for steering contracts to companies in which he has an interest. McGill has manipulated public procurement processes in order to award multi-million dollar contracts to companies in which he has ownership, including by abusing emergency procurement processes to rig contract bids. McGill is credibly accused of involvement in a wide range of other corrupt schemes including soliciting bribes from government office seekers and misappropriating government assets for his personal gain. He has used government funds allocated to other Liberian government institutions to run his own projects, made off-the-books payments in cash to senior government leaders, and organized warlords to threaten political rivals. McGill has received an unjustified stipend from various Liberian government institutions and used his position to prevent his misappropriation from being discovered. McGill regularly distributes thousands of dollars in undocumented cash to other government officials for government and non-government activities.

McGill is being designated for being a foreign person who is a current government official who is responsible for or complicit in, or who has directly or indirectly engaged in, corruption, including the misappropriation of state assets, the expropriation of private assets for personal gain, corruption related to government contracts or the extraction of natural resources, or bribery.

Liberia has remained one of the most corrupt countries in the world. According to CORRUPTION PERCEPTIONS INDEX, Liberia’s score has shamefully declined from 41 in 2012 to 29 in 2021 and is currently ranked 136/180.

As of this reporting, President George Weah is yet to receive a resignation letter from corrupt-suspended Minister of State for Presidential Affairs, Nathaniel McGill.