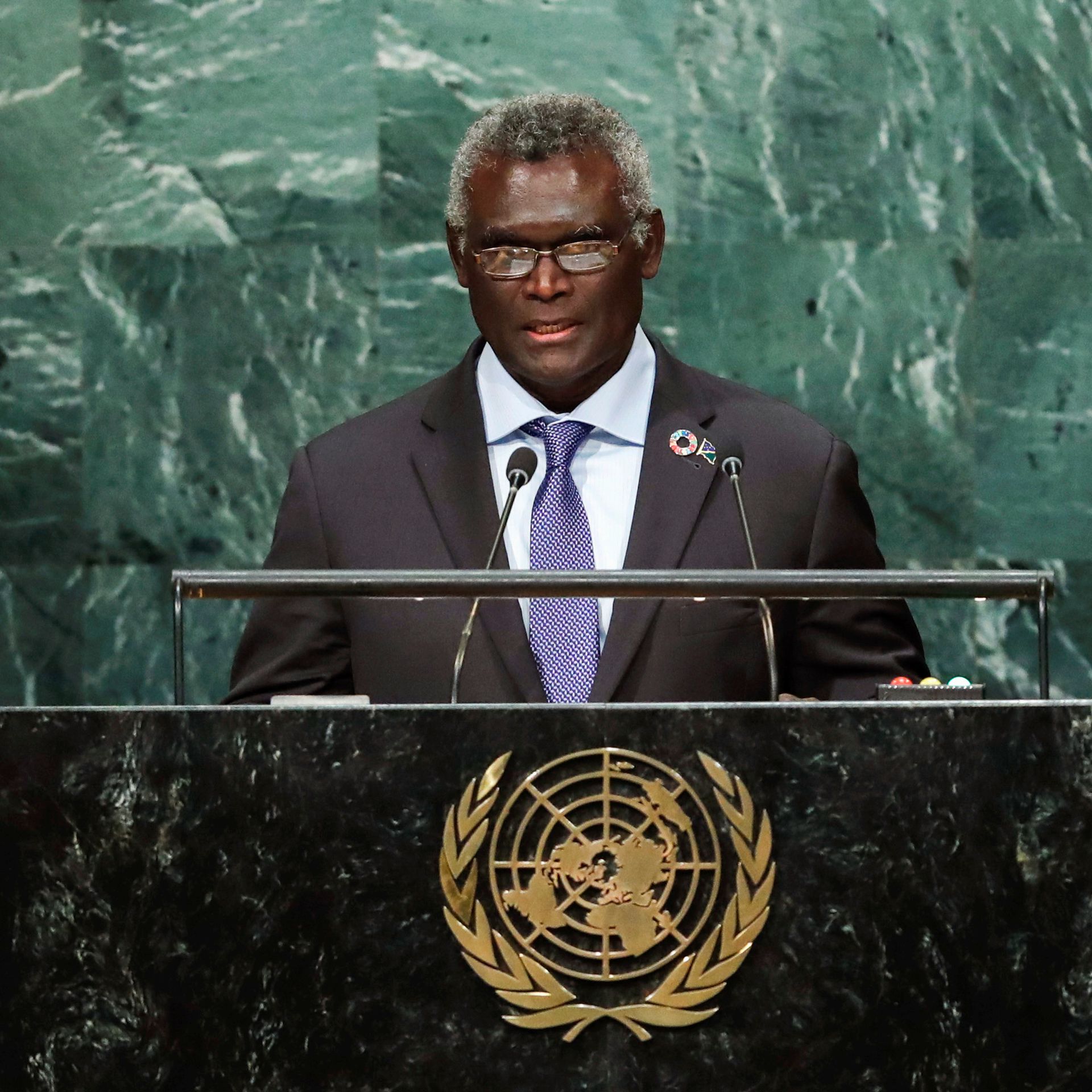 The notice follows an incident last Tuesday when a U.S. Coast Guard vessel, the Oliver Henry, was unable to enter Solomon Islands for a routine port call because the government did not respond to a request for it to refuel and provision.

The Solomon Islands has had a tense relationship with the United States and its allies since striking a security pact with China earlier this year.

“On Aug. 29, the United States received formal notification from the Government of Solomon Islands regarding a moratorium on all naval visits, pending updates in protocol procedures,” the embassy said in a statement.

A spokesman for Solomon Islands Prime Minister Manasseh Sogavare earlier denied the reports of a moratorium, and told Reuters that Sogavare would make a speech on Tuesday afternoon.

Sogavare would make a speech to welcome a U.S. navy hospital ship, Mercy, which arrived in Honiara on Monday for a two week mission, he said.

The embassy said Mercy had arrived before the moratorium.

“The U.S. Navy ship Mercy received diplomatic clearance prior to the moratorium being implemented. We will continue to closely monitor the situation,” the embassy said.

Last week, the U.S. Coast Guard vessel Oliver Henry was on patrol for illegal fishing in the South Pacific for a regional fisheries agency when it failed to obtain entry to refuel at Honiara, the Solomons’ capital.

A U.S. State Department spokesperson on Monday said the “lack of diplomatic clearance for the Oliver Henry was regrettable”, and the United States was pleased the Mercy had received clearance.

The Mercy’s humanitarian mission, together with personnel from Australia and Japan, will include community health outreach, engineering projects, and discussions on disaster relief.

Separately, White House National Security Council spokesman John Kirby said it was regrettable that “we’ve seen the Chinese try to bully and coerce nations throughout the Indo-Pacific to do their bidding and to serve what they believe their selfish national security interests are, rather than the broader interests of a free and open Indo-Pacific”.