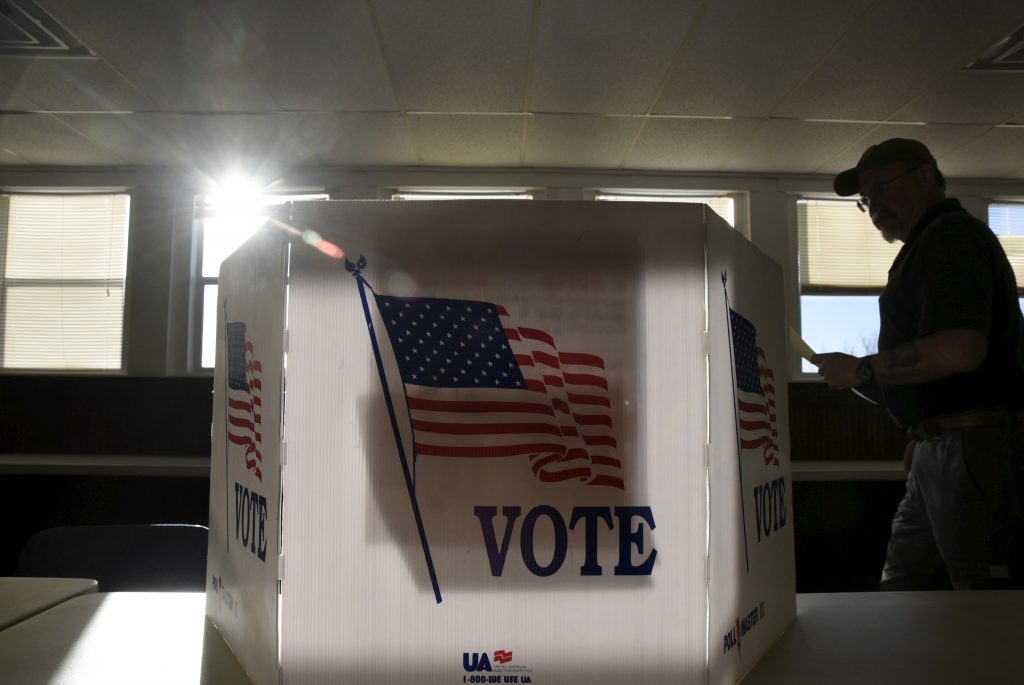 Voters in New York, Florida and Oklahoma are heading to the polls in one of the last primaries ahead of the crucial midterm general elections in November that will determine the political makeup of the United States Congress for the following two years.

Key races in the three states feature ideological contests within the major parties as well as an early glimpse of the electoral battles to come in November.

In New York state, voters are casting ballots on Tuesday in the first competitive congressional election since the US Supreme Court overturned national abortion rights, a contest that could prove a bellwether for November.

In a special election, Democrat Pat Ryan and Republican Marc Molinaro are vying for an open seat in the House of Representatives, vacated by Democrat Antonio Delgado who is currently serving as lieutenant governor of New York. Ryan has highlighted abortion as a key issue in the race.

A runoff primary in Oklahoma will determine whether Congressman Markwayne Mullin or former state House Speaker TW Shannon gets the Republican nomination to replace retiring Senator Jim Inhofe. Mullin and Shannon are both loyalists of former President Donald Trump, and the winner will likely succeed to office in the conservative-leaning state in November.

With the general elections 77 days away, Democrats have been widely seen as the underdog party up to now, with their prospects weighed down by historical trends, inflation, and President Joe Biden’s low job approval numbers.

Republicans are favoured to take control of the House, putting them in a position to scupper Biden’s legislative agenda.

But their chances of capturing the Senate have been cast into doubt by the weakness of Trump-endorsed candidates in the key swing states of Arizona, Georgia, Ohio, and Pennsylvania.

While the Ryan v Molinaro race in New York will provide a preview of the upcoming debates ahead of November, other races in the state will bring to light the ideological struggle between progressives and centrists in the Democratic Party.

Newly drawn congressional districts have pitted incumbents against each other and made some sitting members of Congress more vulnerable to primary challenges.

The primaries include unusual intraparty contests for Democrats, including a New York City battle between longtime powerful House incumbents Carolyn Maloney and Jerrold Nadler, who are both in their 70s. The race also includes a third Democratic candidate, 38-year-old Suraj Patel.