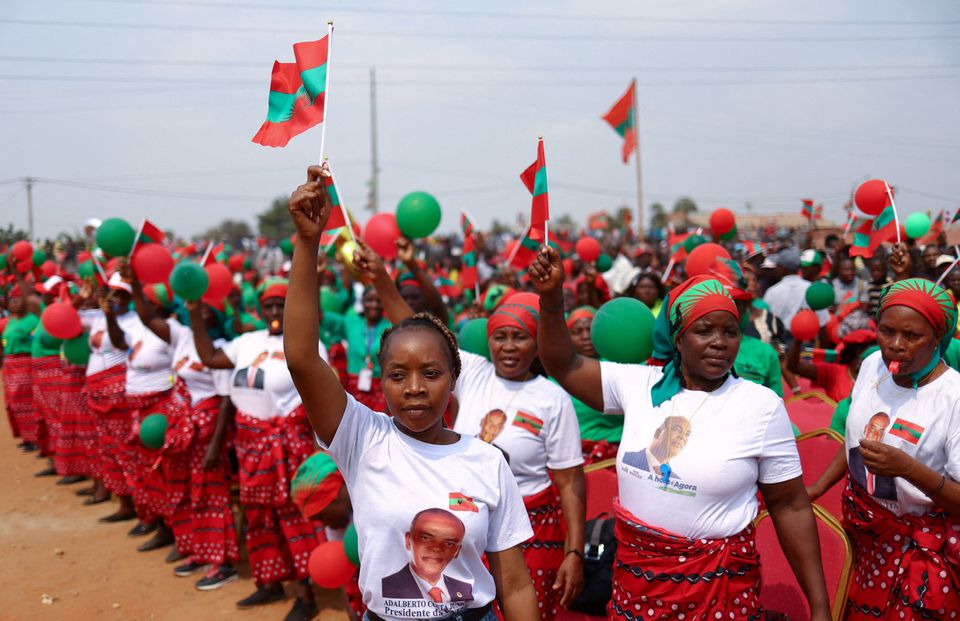 Angolan presidential candidates on Monday wrapped up a month-long campaign ahead of this week’s election which is likely to be a tense standoff between a ruling party in power for decades and an opposition with growing appeal among youth.

The MPLA, led by João Lourenço since 2017, has governed Africa’s second-biggest oil producer since independence from Portugal in 1975. But longtime opposition party UNITA is stronger than ever, as anger grows at government failures to convert vast oil wealth into better living conditions for all.

More than 14 million Angolans are eligible to vote and will elect the president and 220 members of parliament simultaneously, with a single mark on the ballot paper.

An Afrobarometer survey in May showed the number of Angolans favouring UNITA, led by the charismatic Adalberto Costa Júnior, had increased to 22% from 13% in 2019, still seven points behind the MPLA. Nearly half of voters were undecided.

The MPLA held its last rally on Saturday but Lourenço took part in an event on Monday focused on women’s rights issues and said voting was “fundamental for the future” of the country, one of Africa’s most unequal nations.

“The moment to party has not arrived yet (but) that moment of celebration will come,” Lourenço said.

Wearing red and green, UNITA’s colours, thousands of people, mostly young, gathered in the suburbs of the capital Luanda on Monday for the party’s final rally. UNITA is being backed by several groups, including the fourth-largest party, Bloco Democratico.

“There is no democracy without a change in political power,” Costa Júnior told the packed rally. “The continuity of a single party in power corresponds to the postponement of Angola’s development.”

Voter fraud fears have led UNITA to urge voters to remain near polling stations after they cast their ballot to monitor the election process. The electoral commission, which is mostly controlled by the MPLA, said the election will be fair and transparent.

More than 80,000 officers have been mobilised for the election, and the police commander said voters were not allowed to remain near polling stations.

A report by the Institute for Security Studies said that if an MPLA win is perceived as fraudulent, unrest could follow. UNITA leader Costa Junior told Reuters on Sunday that contesting the election result was not off the table.