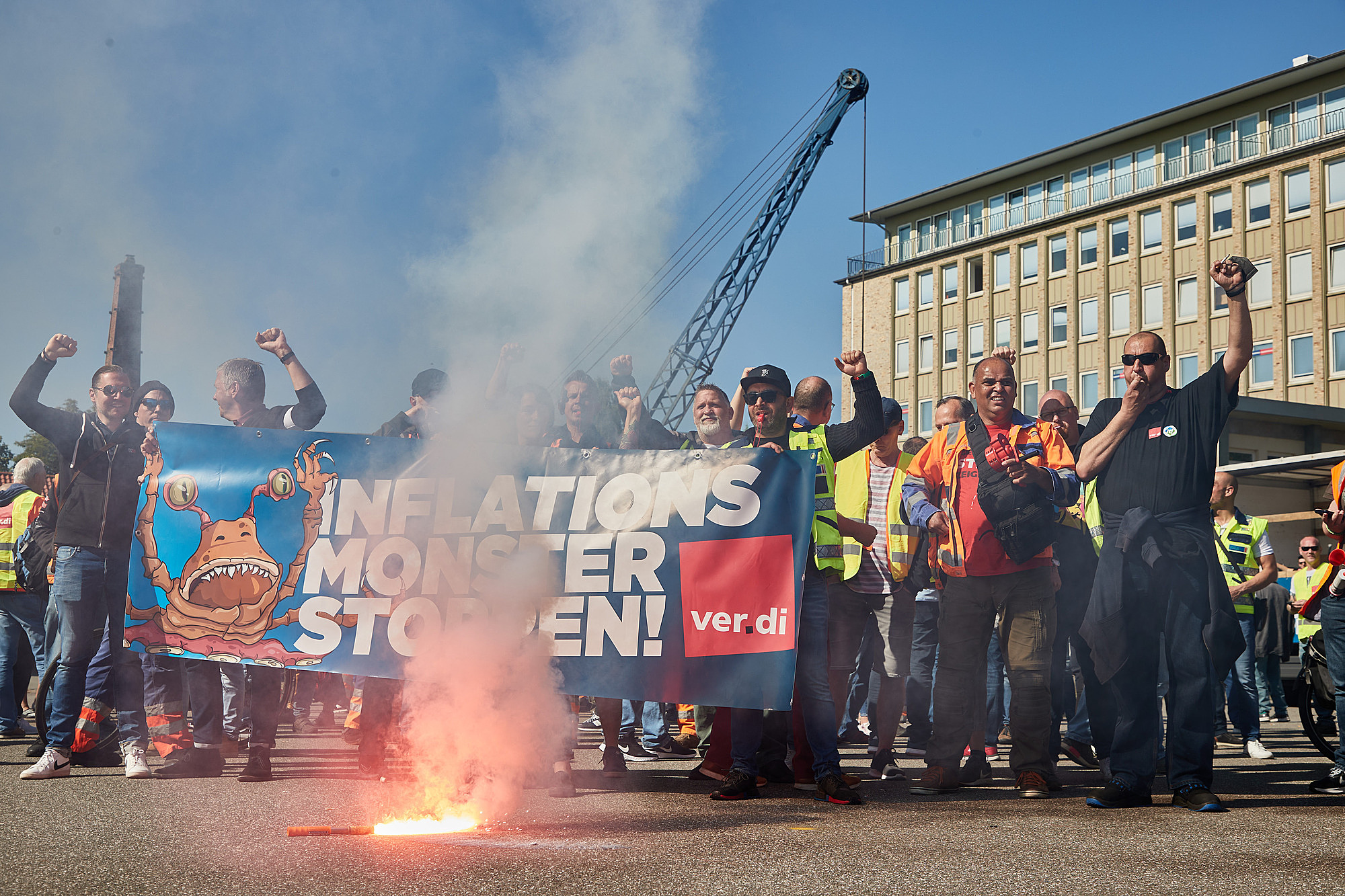 It was meant to be Europe’s stellar year.

A post-pandemic spending euphoria, supported by copious government spending was set to drive the economy and help fatigued households regain a sense of normality after two dreadful years.

But all that changed on Feb. 24 with Russia’s invasion of Ukraine. Normality is gone and crisis has become permanent.

A recession is now almost certain, inflation is nearing double digits and a winter with looming energy shortages is fast approaching.

Though bleak, this outlook is still likely to get worse before any significant improvement well into 2023.

“Crisis is the new normal,” says the Alexandre Bompard, the Chief Executive of retailer Carrefour (CARR.PA). “What we have been used to in the last decades – low inflation, international trade – it’s over,” he told investors.

The change is dramatic. A year ago most forecasters predicted 2022 economic growth near 5%. Now a winter recession is becoming the base case.

Households and businesses are both suffering as the fallout of the war – high food and energy prices – is now exacerbated by a devastating drought and low river levels that constrain transport.

At 9%, inflation in the euro area is at levels not seen in a half a century and it is sapping purchasing power with spare cash used up on petrol, natural gas and staple food.

Businesses have so far coped well thanks to superb pricing power due to persistent supply constraints. But energy intensive sectors are already suffering.

Close to half of Europe’s aluminium and zinc smelting capacity is already offline while much of fertilizer production, which relies on natural gas, has been shut.

Tourism has been the rare bright spot with people looking to spend some of accumulated savings and enjoy their first care-free summer since 2019.

But even the travel sector is hamstrung by capacity and labour shortages as workers laid off during the pandemic were reluctant to return.

Key airports, such as Frankfurt and London Heathrow were forced to cap flights simply because they lacked the staff to process passengers. At Amsterdam’s Schiphol, waiting times could stretch to four or five hours this summer.

Airlines also could not cope. Germany’s Lufthansa (LHAG.DE) had to publish an apology to customers for the chaos, admitting that it was unlikely to ease anytime soon.

“The gas shock today is much greater; it is almost double the shock that we had back in the 70s with oil,” Caroline Bain at Capital Economics said. “We’ve seen a 10 to 11 fold increase in the spot price of natural gas in Europe over the last two years.”

While the EU has unveiled plans to accelerate its transition to renewable energy and wean the bloc off Russian gas by 2027, making it more resilient in the long run, supply shortages are forcing it seek a 15% cut in gas consumption this year.

But energy independence comes at a cost.

For ordinary people it will mean colder homes and offices in the short run. Germany for instance wants public spaces heated only to 19 degrees Celsius this winter compared with around 22 degrees previously.

Further out, it will mean higher energy costs and thus inflation as the bloc must give up its biggest and cheapest energy supplies.

For businesses, it will mean lower production, which eats further into growth, particularly in industry.

Wholesale gas prices in Germany, the bloc’s biggest economy, are up five-fold in a year but consumers are protected by long term contracts, so the impact so far has been far smaller.

Still, they will have to pay a government mandated levy and once contracts roll over, prices will soar, suggesting the impact will just come with a delay, putting persistent upward pressure on inflation.

That is why many if not most economists see Germany and Italy, Europe’s no. 1 and no. 4 economies with heavy reliance on gas, entering a recession soon.

While a recession in the United States is also likely, its origin will be quite different.

SILVER LINING
Struggling with a red-hot labour market and rapid wage growth, the U.S. Federal Reserve has been raising interest rates quickly and has made clear it is willing to risk even a recession to tame price growth.

By contrast, the European Central Bank has only increased rates once, back to zero, and will move only cautiously, mindful that raising the borrowing cost of highly indebted euro zone nations, such as Italy, Spain and Greece could fuel worries about the their ability to keep paying their debts.

But Europe will go into a recession with some strengths.

Employment is record high and firms have struggled with growing labour scarcity for years.

This suggests that companies will be keen to hang onto workers, especially since they head for the downturn with relatively healthy margins.

This could then sustain purchasing power, pointing to a relatively shallow recession with only a modest uptick in what is now a record low jobless rate.

“We see continued acute shortages of labour, historically low unemployment and a high number of vacancies,” ECB board member Isabel Schnabel told Reuters earlier. “This probably implies that even if we enter a downturn, firms may be quite reluctant to shed workers on a broad scale.”