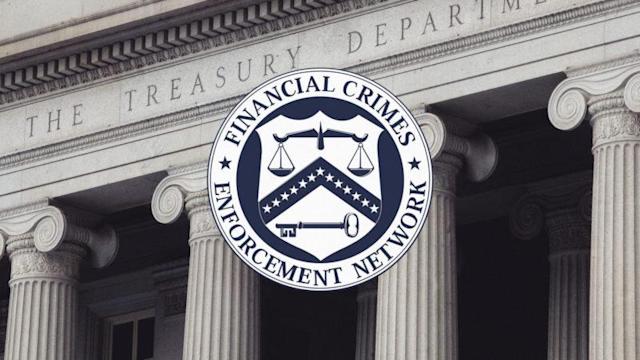 In under four years, the Government of Liberia has signed over 15 foreign lobbying contracts in the United States at a combined fee of around $3,000,000 (three million United States dollars) per year. Apart from Liberia, Ghana is the only ECOWAS country with an active U.S. lobbyist – one contract with KRL International.

Liberia, one of the poorest countries in the world, continually spends around $3,310,000 in foreign lobbying fees per year. It is enormous and highly suspicious – considering one of the signors, Minister Nathaniel F. McGill, who is currently sanctioned under the U.S. Global Magnitsky Act for a myriad of corrupt activities.

An investigation by Globe Afrique reveals what appears to be a highly orchestrated money laundering scheme perpetrated by Liberia’s Minister of Finance, Samuel Tweah, the Minister of State, Nathaniel F. McGill, and the head of the Maritime, Eugene Nagbe. The scheme appears bold, audacious, and somewhat brash, considering the U.S. lists corruption as a threat to national security. Still, Senior Liberian government officials are masking their scheme under the U.S. Department of Justice’s Foreign Agents Registration Act program as foreign lobbying.

Consider this, no other country in Africa and most parts of the world has as many foreign lobbyists per capita as Liberia. But it appears the aim is not lobbying – it is a ruse to hide ill-gotten wealth.

On March 5, 2018, the Government of Liberia (GoL) signed a lobbying agreement with the Friedlander Group at $80,000 per year and paid $20,000. However, on October 30, 2018, Friedlander Group canceled the contract. Still, the Ministry of Finance allegedly withdrew $80,000 from the Central Bank of Liberia.

On August 22, 2018, Gbehzonhngar Findley, the former Minister of Foreign Affairs, signed a contract with KRL International. However, the parties to this transaction failed to report the fee attached to the contract. Still, on September 6, 2018, the lobbying firm terminated the deal, but the Ministry of Finance collected the total payment from the CBL.

Under Mr. Findley, Liberia’s Ministry of Foreign Affairs was busted by the U.S State Department for selling Liberia’s diplomatic passport to transnational criminals. In addition, Andrew Wonplo, the former Director of Passport and Visas, was issued a public designation due to his involvement in “significant corruption and fraud that undermined the rule of law.”

On January 23, 2020, the Government of Liberia (Eugene Lenn Nagbe) signed a lobbying agreement with KRL at $140,000 annually. The U.S. Department of Justice website shows no record of payments. On April 21, the deal was terminated. Insiders tell Globe Afrique that the Central Bank of Liberia (CBL) withdrew the total charge of $140,000 to cover this agreement.

On February 14, 2020, Eugene Lenn Nagbe signed an additional lobbying contract with Brownstein Hyatt Farber Schreck for $120,000 annually – bringing Ed Royce onboard. There is a limited number of records on whether the GoL made any payments to Brownstein. Still, our investigators uncovered information that $120,000 was withdrawn from the CBL.

On April 28, 2021, Eugene Lenn Nagbe signed another lobbying contract with Brownstein Hyatt Farber Schreck for $300,000 per year. Still, no record of payments being made to the lobbying firm.

It appears the scheme is to sign the lobbying contracts and default on payments to the foreign lobbyist while withdrawing the total amount from the Central Bank of Liberia and laundering the funds to their accounts – all under the noses of the U.S. Department of Justice.

On September 1, 2021, the Minister of Finance, Samuel Tweah, and the Minister of State, Nathaniel McGill, signed a contract with Carbon Thread at $240,000. The agreement extends into 2024, well beyond President Weah’s first term.

Again, on September 1, 2021, the Minister of Finance, Samuel Tweah, and Minister of State, Nathaniel McGill, signed another contract with Ice Miller Strategies LLC for $300,000.

On September 1, 2021, the Minister of Finance and the Minister of Justice, Musa Dean, signed a third lobbying contract with Strom Public Affairs and Bakari Sellers at $120,000 annually.

It appears that the lobbying contracts are designed to “promote” President Weah while ignoring the plight of ordinary Liberians. But, more importantly, the contracts appear to be a ruse to siphon and launder money from the Central Bank of Liberia.

The preceding is an ongoing investigation by Globe Afrique on the extent of corruption in Liberia.