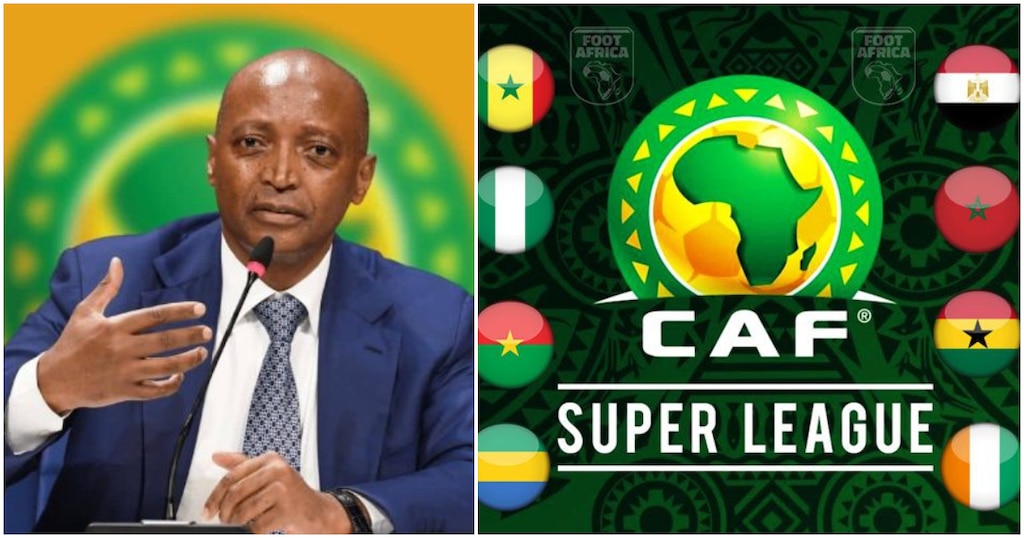 The Confederation of African Football hopes the project can take the sport in the continent to a new level.

A new 24-club super league that aims to revolutionize soccer in Africa and become its richest competition was launched by Confederation of African Football president Patrice Motsepe on Wednesday, just hours after his organization reported a loss of nearly $50 million for last year.

The new competition is set to kick off in August 2023 and the winning club will get $11.5 million in its inaugural season, Motsepe said at a launch event following the general assembly. Each of the 24 teams taking part will be given $2.5 million at the start to help cover expenses.

CAF and Motsepe didn’t announce which 24 African clubs would take part in the first season, or give details of the exact format. He said there would be another announcement in a few months.

FIFA president Gianni Infantino attended CAF’s general assembly and the launch. He has previously given his backing to an African super league and also reportedly gave behind-the-scenes support to last year’s doomed European Super League before later distancing himself from it.

European Super League
Some of the world’s biggest clubs in Europe tried to launch a super league in 2021 that later collapsed While the Africa Super League’s $100 million is dwarfed by UEFA’s Champions League — with $2 billion split among European clubs in prize money — it would still easily be the richest competition in Africa.

Even the African Cup of Nations, the continental showpiece for national teams, has just under $30 million in prize money. Senegal collected $5 million for winning the tournament in February.

“It is a project that will make African club football shine … beyond Africa as well,” Infantino said of the proposed competition.

However, Motsepe offered no concrete details of where the money to fund CAF’s new cross-continent league would come from, with the African soccer body in financial difficulties. CAF figures released Wednesday showed that it had made a $44.6 million net loss in 2020-21 and some recent media reports have even claimed that CAF is effectively bankrupt just over a year into the South African mining billionaire’s presidency.

Alongside the $100 million, Motsepe said another $50 million would be made available to help pay players and keep some of the continent’s top talent in Africa.

Motsepe said last month that CAF had been “inundated with investors and sponsors” but he is yet to announce a major commercial deal for the Africa Super League.

“We believe we can change the face of African football,” Motsepe said, repeating there was huge interest from commercial partners. “We are raising $100 million … and we are confident that it will make a huge contribution in improving the quality and the standard of African football.”

The idea of a super league for Africa was first floated two years ago and Infantino has been closely associated with the project since the start, with some speculating he’s the driving force behind it. Infantino said he was “fortunate enough to assist at some of the meetings.”

Earlier at CAF’s general assembly meeting, Motsepe referred to Infantino as “an African brother based in Europe” and said all 54 of CAF’s member countries would vote for him in next year’s FIFA presidential election in Rwanda.

That comment was likely to again provoke criticism that CAF under Motsepe is too close to Infantino, who used his influence as head of world soccer to ensure Motsepe was elected unopposed as CAF president in March 2021 despite the South African having no previous experience in international soccer administration.

CAF is soccer’s second-largest continental body after UEFA and provides a big bloc of votes for the FIFA leadership contest. For many, Infantino has followed a similar tactic to predecessor Sepp Blatter, whose charm offensive in Africa helped him secure a large portion of those 54 votes and stay in power for nearly 20 years.

Motsepe last month responded to criticism that he was a “puppet” for Infantino, something that has shadowed him ever since he was elected with Infantino’s help.

“There are things we agree upon and things we don’t,” Motsepe said at the Women’s African Cup in Morocco. “I focus on commercial and making African football money and this Infantino thing is an old story for me.”

On Wednesday, Infantino was presented with a large framed picture of Mount Kilimanjaro by Tanzanian Prime Minister Kassim Majaliwa at the general assembly meeting while Motsepe applauded the FIFA president vigorously and cajoled delegates at the meeting to join in the applause.