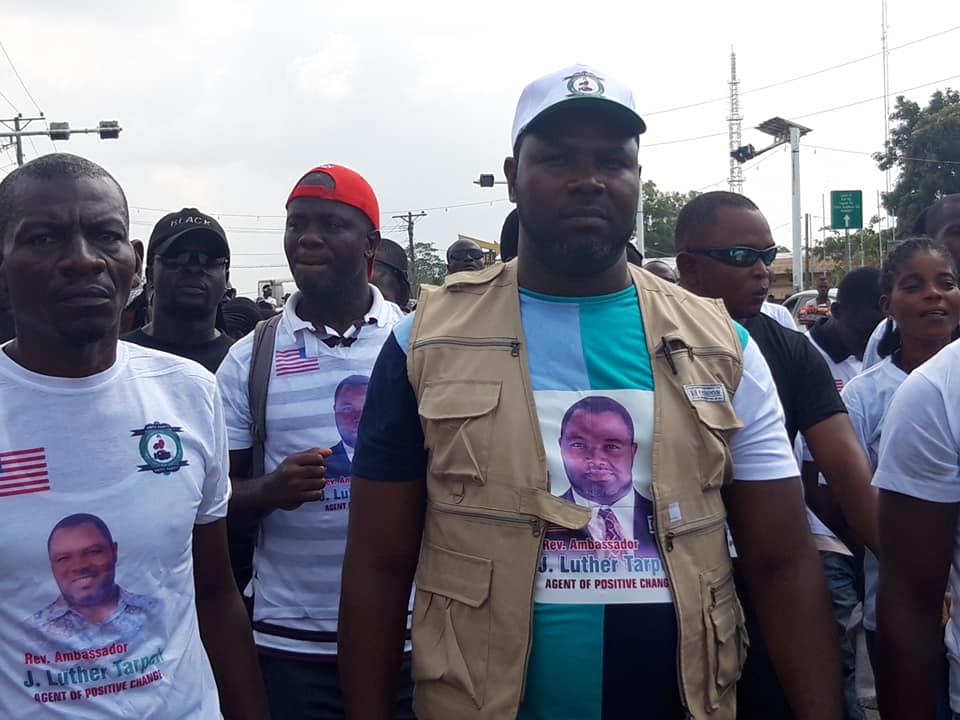 MONROVIA – In a recent interview, newly elected chairman of the Unity Party, Rev. J. Luther Tarpeh, told FrontPageAfrica that his plans for the next hundred days in office are reconciliation, restructuring of county structure, and a robust recruitment process.

Rev. Tarpeh, being new to Liberian politics said, he is prepared for the task and his transition into politics is about love for the country and not for himself. What Rev. Tarpeh did not mention directly as reporters expected, was the conflict between Joseph Boakai and Alexander Cummings, which is well documented that was instigated by Benoni Urey for the sole purpose of destabilization the opposition block in favor of George Weah’s re-election.

During the interview, Rev. Tarpeh said his interest is in a collaborative effort, which he believes will assist former Vice President Joseph Nyumah Boakai, defeat President George Weah and the ruling Coalition for Democratic Change (CDC) in 2023.

Based on this declaration for “reconciliation” and “collaborative effort” many political analysts and voters are optimistic and think that Rev. Tarpeh was sending a signal message to the Alternative National Congress of Liberia (ANC), which seems to confirm recent reports and rumors in Monrovia that Joseph Boakai is making a 360 to concretely charm Alexander Commungs back into his camp.

The question that now hunts on the minds of ordinary voters who seem to have a greater dislike for Benoni Urey because of his past War Crime records and his destructive interference in the opposition unity is, what will Joseph Boakai, who desperately wants to win the presidency do with his partnership with Urey?

When asked if he believes in the idea of opposition political parties forming a united front against the incumbent, he said: “We are aware that the Unity Party cannot take the seat of power in this country all by herself. So as a result, we (Unity Party) need to collaborate with others that are strong, so that we can be capable of defeating President Weah come 2023.

“There is a need for the opposition bloc to “come together to defeat President Weah in 2023”. Rev. Tarpeh went on to hint, as political analysts have pointed out, that the wrong done to Alexander Cumings by Benoni Urey must be called out so that the party’s collaborative effort and reconciliation can begin. He said Politics is about power for the improvement of the lives of the people, not the glorification of money, deceptiveness, and conflict among party members.

Rev, Tarpeh went on the say, “I would send this call to all opposition leaders in Liberia. As we go on the table to discuss, the interest of Liberia should be paramount. It’s not about power for power’s sake, it is about redeeming our country, and as chairman, this will be the underlining factor for me in any discussion,”

After months of intense politicking among partisans, the opposition Unity Party (UP) on Saturday elected new officials that would pilot the affairs of the party for six years, with Rev. Luther Tarpeh emerging as the new National Chairman.