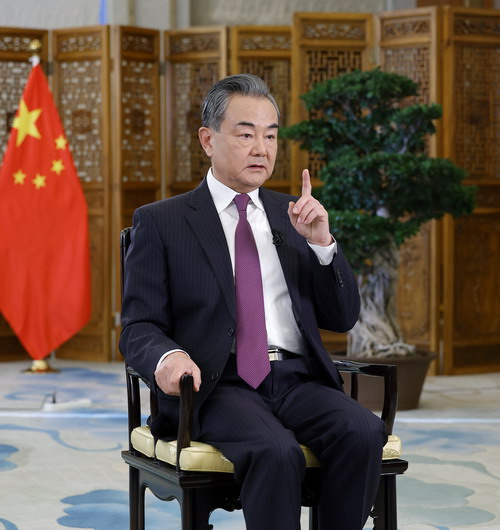 BEIJING,-China scolded foreign ministers of the Group of Seven (G7) nations on Thursday for telling Beijing not to use a visit by U.S. House of Representatives Speaker Nancy Pelosi to Taiwan as “pretext for aggressive military activity in the Taiwan Strait”.

China responded to Pelosi’s visit to Taiwan earlier this week by ordering live-fire military drills in the waters surrounding the self-governed island, which Beijing regards as its sovereign territory.

A G7 foreign ministers joint statement warned that China’s escalatory response risked increasing tensions and destabilizing the region and said it was routine for legislators from their countries to travel internationally.

Chinese Foreign Minister Wang Yi rejected their statement, and chided them for ignoring the provocation that had come from the U.S. side.

“It groundlessly criticizes China for taking such measures, which are reasonable and legitimate steps to safeguard its sovereignty and territorial integrity,” Wang said in a statement issued by his ministry.

“From where have they received such a prerogative? Who has given them such qualification to? To shield the infringer of rights and to accuse their defenders – how inexplicable!”

The G7 statement had aroused “great indignation” among the Chinese people, he said.

“Today’s China is no longer the China of the 19th century. History should not repeat itself, and it will never repeat itself!”

Due to the statement from G7, which Japan is part of, China cancelled a meeting between Wang and his Japanese counterpart Yoshimasa Hayashi on the sidelines of ASEAN events in Cambodia, said Hua Chunying, spokesperson at the Chinese foreign ministry.

Hua added that if other G7 nations follow in the footsteps of the United States over the Taiwan issue, then that means they themselves have no independence in their diplomacy and policies.

“(They) should adhere to the consensus reached by China on the one-China policy, as this is the most important political premise and basis for China’s relations with them,” Hua said.