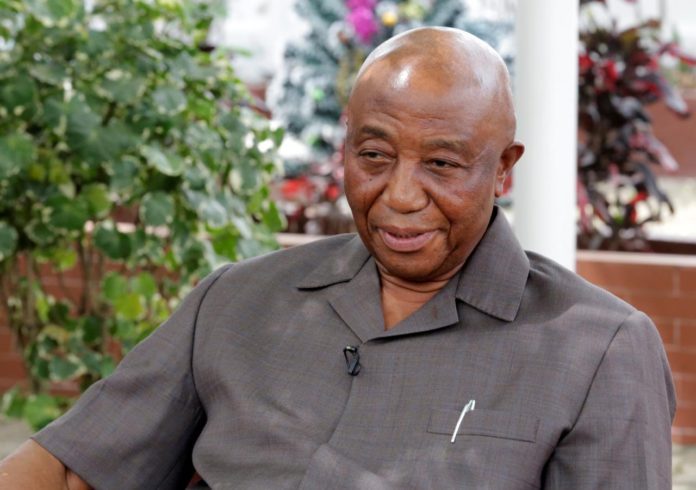 In recent days rumors have been flying that Alexander Cummings and Joe Boakai – who have fallen out since the collapse of the Collaborating Political Parties (CPP) late last year – are considering running on the same ticket in next year’s presidential elections.

On the face of it, the idea that the heads of the Alternative National Congress and Unity Party would come together following their bitter falling out and simmering bad blood appears farcical.

While a Cummings-Boakai ticket would present perhaps the strongest bid for the opposition to mount a serious challenge to incumbent President George Weah, it seems highly unlikely that the two men could put aside their myriad differences and once again work together.

It therefore begs the question – what is behind such far-fetched rumors?

Another possible scenario, as some political analysts have pointed out, is that Ellen Johnson Sirleaf – who remains a potent force behind the scenes in Liberian politics since leaving office – is looking to bolster Cummings in the battle for opposition flag-bearer. Sirleaf was famously ejected from the Unity Party by Boakai, her former Vice President, and bad blood remains between the two.

It is clearly in Sirleaf’s interest to hobble Boakai in the run-up to next year’s election, and reports have indicated that Sirleaf may have a preference for Cummings. By floating rumors of a Cummings-Boakai alliance, the former President may be trying to force Boakai to take a step back. Indeed, now would be an opportune time to weaken Boakai, who has faced a series of debilitating setbacks, most recently his party’s crushing loss in Boakai’s home county, Lofa.

There is a final explanation for the rumors, which analysts have indicated may have the most merit. According to sources close to the former Vice President, certain elements of Boakai’s team within the Unity Party are launching a desperate effort to marginalize the man many see as a possible running mate for Boakai in his bid for the presidency: Benoni Urey.

As is well known in Liberia – and in the halls of power in Washington, DC – Urey is a tarnished figure who is best known for his association with convicted war criminal Charles Taylor and his wartime past as Taylor’s moneyman and gun-runner. Allegedly Liberia’s richest man, Urey has used his wealth to buy political allies and Joseph Boakai is at the top of Urey’s list of beneficiaries. As a result, Boakai has ignored warnings from his team since as early as last year that the United States views Urey as unfit for high office and would therefore present a serious threat to Boakai’s bid for the presidency.

In recent months, some within the Unity Party were already pursuing other avenues to salvage the Unity party from its Urey association, including those loyal to former Defense Minister Brownie Samukai who see him as a more suitable candidate. Boakai’s seemingly endless political challenges coupled with constantly lingering concerns about the aging former Vice-President’s health have brought an opportunity for those within the party with an eye towards the future to quietly push for Samukai as a replacement at the top.

Theory #3: Cummings is panicking over his weak base

Having survived the false charges related the whole framework editing situation, Alexander Cummings found himself back on top of the opposition grouping. However he’s still struggled to demonstrate a significant level of grassroots support on the street, which has continued to weaken his candidacy among numerous key constituencies. At the same time that Musa Bility and Nyonblee Karnga-Lawrence are going through their own similar version of legal wrangles for control of party leadership, there are some who are saying that it would be ABC himself who could see an advantage with a temporary appearance of alliance with Boakai – a loyal friend coming to his aid, turning the other cheek despite past betrayals, to help the old man clearly being abused by the monied interests around him. Even if it doesn’t work for very long, Cummings very much wants more access to the Lofa faithful, especially those who have grown disenchanted with the rapidly declining faculties of Boakai and those who are in search of fresh leadership.

Rumors that Cummings and Boakai plan to come together as running mates ahead of next year’s presidential election look far-fetched. But the rumors serve as yet another reminder that not all is as it may appear on the surface in Liberian politics. Especially in an election cycle, politics makes strange bedfellows and even stranger rumors.