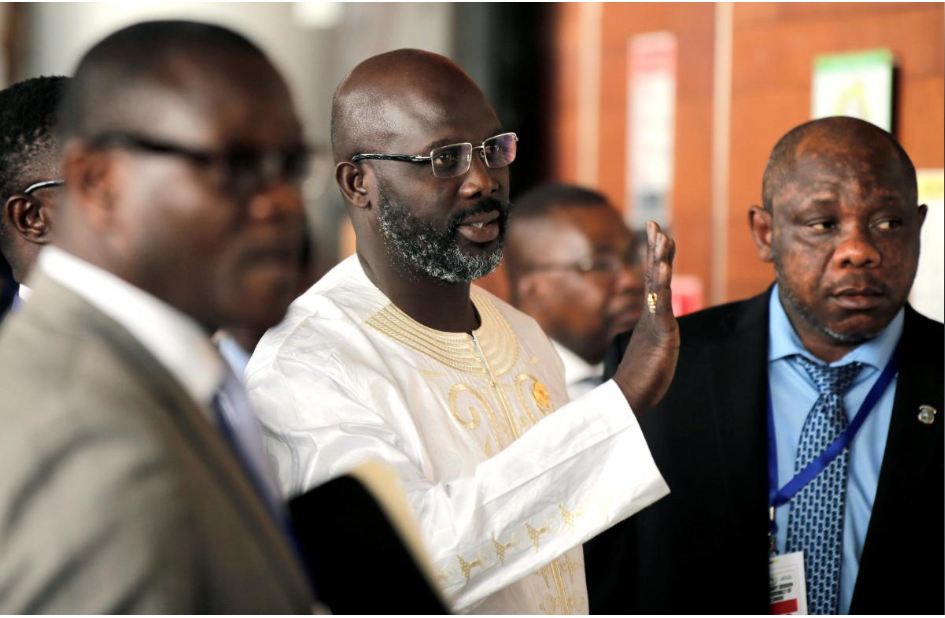 All you need to know about Liberia’s new dual citizenship law: The law, which ends a 1973 ban on dual nationality, is partly due to extensive campaigning by Liberians in the diaspora.

MONROVIA, -Liberia’s president has signed into law a bill that amends the country’s alien and nationality law.

The new law, signed last Friday, permits dual citizenship by allowing Liberians to hold on to their citizenship after acquiring a second nationality. Also significant is that it allows individuals to claim Liberian citizenship through their mothers.

This new law is due in part to extensive campaigning by Liberians in the diaspora – especially in Europe and the Americas – many of whom have a second citizenship. They had a willing ally in President George Weah whose wife is Jamaican and whose footballer son plays for the US men’s national team.

But it also seems to be inspired by the Weah administration naming 2022 as a year of return for those in the diaspora, a move similar to Ghana’s returnee scheme of 2019.

There is hope that the new law will help spur the return of many and foster brotherhood – but also boost tourism.

In their report, the bicameral legislative committee seeking an amendment to the old law said, “Liberia has selected this year as a period to re-connect with all persons of Liberian descent in the diaspora and to welcome all persons of Negro descent to our country to participate in its socio-economic development, to re-discover its cultural heritage and strengthen its values.”

“It is necessary for these amendments to our Aliens and Nationality Law to be enacted into law if we are to achieve the ambition and realise the aspirations we have set for ourselves in 2022 and beyond,” the report said.

Here’s what you need to know about the new law.

What was the citizenship situation before?
In 1973, Liberia outlawed dual citizenship and banned non-Blacks from acquiring citizenship, reinforcing a constitutional provision that had been in place since 1847. Liberians who acquired another citizenship would automatically lose their Liberian citizenship.

The law, which Weah has described as “racist” and contradictory to “the definition of Liberia”, was linked to the country’s history of being founded by free Blacks and formerly enslaved people in the United States and the Caribbean. A 2019 Supreme Court judgment held that citizenship is a right that could not be revoked without a trial. This ruling meant that Liberians are now able to maintain their dual citizenship until their Liberian nationality is challenged in court. It is believed that a number of citizens, especially in the elite have secretly had dual passports for years.

Have there been previous debates on the matter?
In 2015, delegates at a constitutional review committee also voted against dual citizenship. Prior to that, a bill that sought to allow for dual citizenship failed in 2008.
In a 2018 Afrobarometer survey, two-thirds of Liberians said they oppose dual citizenship as a matter of national policy.

In 2019, Alvin Teage Jalloh, a Liberian by birth who became an American citizen while residing in the US, requested travel documents to travel to Monrovia but the Liberian Embassy in Washington, DC, rejected his request. He sued the Liberian government, and its apex court ruled in his favour – a landmark decision.
Analysts argued that the 2019 Supreme Court decision did not grant dual citizenship to all citizens but instead rejected the idea that citizens should be stripped of their Liberian citizenship if they acquire another.
In 2020, despite significant campaigning by the government for a repeal of the old law, Liberians voted against allowing dual citizenship in a national referendum.

What are the implications of the new law?
Opinions are split on dual citizenship, largely due to the fact that citizenship is required for land ownership and access to certain jobs. Thus, there is a belief that the former law protected Liberians from economic domination by better-off foreigners. A ‘Negro clause’ in the Aliens and Nationality Law, stating that only people of black African descent can be citizens, was untouched.

Under the new law, Liberians who have lost their citizenship as a result of getting other passports will now be allowed to reclaim their Liberian citizenship. Additionally, dual citizens will now be able to legally own land and engage in businesses under the “Liberianisation Policy,” which restricted certain business ventures to Liberians.
The new law could also spur an increase in investments from diaspora Liberians now that they can own land. Diaspora Liberians play a huge part in Liberia’s economy – according to the World Bank, personal remittances accounted for 11 percent of the country’s GDP in 2020.

Supporters of the old law have argued that dual citizens benefit from having second citizenships. In 2013, the head of the Liberia airport authority Ellen Corkrum, who was also an American citizen, evaded prosecution by fleeing to the US amidst an indictment on corruption charges. Addressing this, the new law restricts dual citizens from occupying elective positions and from being governor of the Central Bank, finance minister and defence minister. Dual citizens seeking to run for office have to denounce the citizenship of the other country at least a year before the date of the election.

The new law also grants Liberian citizenship to individuals with one Liberian parent, ending the discrimination under the prior law that denied that right to children of a Liberian mother and non-Liberian father.

What have the reactions been?
There are Liberians that contend that the bill should have done more. Robtel Neajai Pailey, a Liberian scholar-activist, told Al Jazeera that the dual citizenship bill “advances the aspirations of Liberians abroad without fundamentally addressing the anxieties of Liberians at home”. Pailey, an assistant professor of International Social and Public Policy at the London School of Economics, also said it could entrench domination by the elite as it “shields political entrepreneurs from competition by barring dual citizens from elected office without protecting the country from divided loyalties by banning dual citizens from holding sensitive appointed positions related to national security”.

On Facebook, Shiwon Kamara, president of the Union of Liberian Associations in the Americas (ULAA) said the new law “is a victory for all Diaspora Liberians”. ULAA has been a huge campaigner for dual citizenship.
“We are now calling on our brothers and sisters in the diaspora …who took up citizenship” to regain their Liberian documents, said Emmanuel S Wettee, Chairman of the All Liberian Conference on Dual Citizenship.

What next?
Jalloh’s citizenship has also stirred up another controversy as political pressure groups have been protesting his appointment earlier this year as head of the legal department of the Liberian electoral commission. The new law could put an end to that debate.
There have been concerns that the codification of dual citizenship could lead to “land grabbing” and economic domination, especially with the presence of Lebanese and other Asian businessmen in the country.