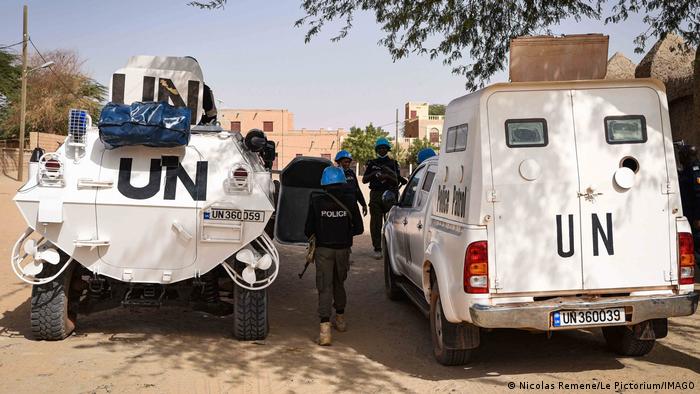 The move comes amid tensions over Mali’s arrest of nearly 50 Ivorian soldiers, who the Ivory Coast said were working with the UN peacekeeping mission.

The Malian government on Thursday said it would suspend troop rotations by the UN peacekeeping mission in its territory.

Known as the United Nations Multidimensional Integrated Stabilisation Mission in Mali (MINUSMA), it was created in 2013 to help the West African nation cope with a bloody jihadist campaign.

Mali’s ruling junta, which seized power in a coup in August 2020, has been subject to EU sanctions and condemnation over election delays. It has also been criticized for its security cooperation with Russian mercenaries.

The decision to suspend MINUSMA also includes rotations that have already been scheduled, the Foreign Ministry said in a statement.

The suspension will last until a meeting is held to “facilitate the coordination and regulation” of the rotation of these contingents, the statement read.

But the statement provided no date for the meeting to discuss the MINUSMA rotations.

The UN responded to Mali’s announcement by calling for an “urgent settlement” to the dispute.

“Rotation of contingents is crucially important for the mission’s operational effectiveness and the safety and security of personnel,” deputy UN spokesman Farhan Haq told reporters in New York.

“All efforts must be made for an urgent settlement, especially since some of the staff concerned should have been relieved several months ago,” Haq said.

The soldiers were arrested after arriving at Bamako airport aboard a special flight. The Ivory Coast said these soldiers comprised the fifth MINUSMA rotation.

UN mission spokesman Olivier Salgado confirmed that the soldiers were working for a German company contracted by MINUSMA.

Mali is currently battling an Islamist insurgency that emerged after an uprising in 2012 and has since spread to neighboring countries, killing thousands and displacing millions across West Africa’s Sahel region.

France and Germany have also lent their support in the fight against Islamists in Mali. But France’s mission is expected to pullout of the country in the coming weeks after relations between Paris and Bamako worsened.

Earlier this year, however, the German Bundestag voted to increase German participation in MINUSMA.