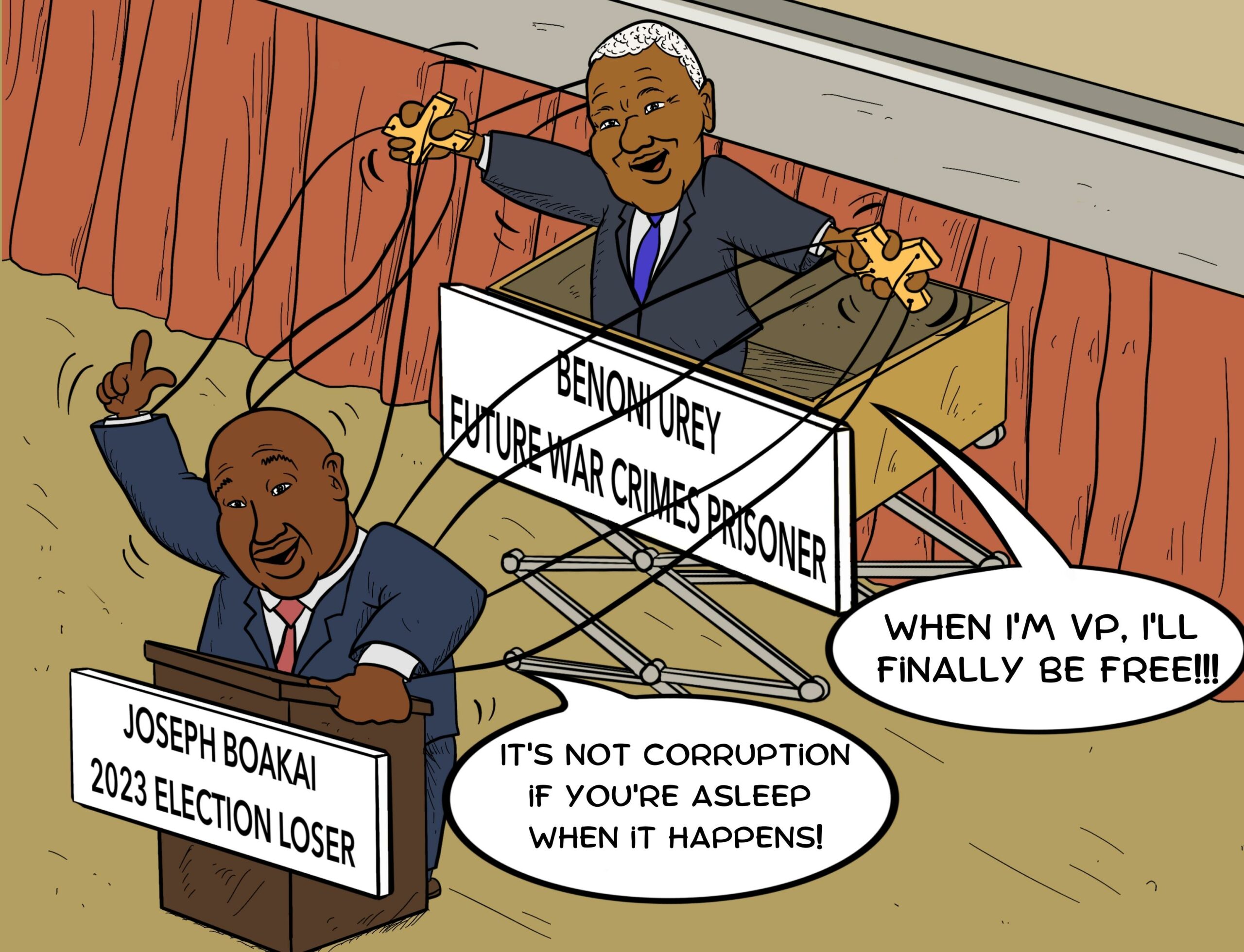 Benoni Urey of the All-Liberia Party (ALP) has had a busy year, focusing most of his efforts on eliminating a key opponent of President George Weah ahead of the 2023 elections.

Since Urey launched his accusations against Alexander Cummings of the Alternative National Congress (ANC), what was once whispered quietly is now being openly stated out loud: Is Benoni Urey’s inexplicable destruction of the CPP in fact part of a larger secret deal struck between the ALP leader and President Weah? It is widely known that Urey has been financially aiding the CDC since at least 2011, most memorably when Urey bought vehicles for Weah’s party before demanding them back.

Facing a desperate situation in which the US government shows increasing interest in revisiting Urey’s history as a participant in war crimes, it is understandable that the ALP leader sees in George Weah his only hope for protection. Indeed, it would not be the first time Urey turned to George Weah for help protecting him from the long arm of US justice: the ALP leader allegedly asked Weah for help before making his first foreign trip when the first round of sanctions against Urey was lifted.

Unfortunately for the opposition in Liberia – and especially Joe Boakai, supposedly Urey’s closest ally – Benoni Urey’s dark past and his constant fear that this past will catch up with him has taken priority over all else, including winning next year’s presidential election.

Urey’s plan is now there for all to see: Manipulate Joe Boakai into supporting a witch hunt against Alexander Cummings by convincing him it is in his interest to remove the only viable alternative within the CPP, while still throwing his public support behind Boakai just in case. But behind the scenes, Urey takes instructions from George Weah and Nathaniel McGIll, who sit back and watch the opposition tear itself apart at Urey’s behest.

For George Weah and the CDC, this is the perfect outcome. As for Urey, any support he lends to George Weah increases the odds that the President might try and protect him when Washington moves against him.

There is only one problem for Urey: his supporters appear to be catching on that the former gun runner and money man for Charles Taylor is only out for himself. ALP supporters and even elected officials in ALP are running for the exits.

Last week, Alexander Cummings paid a visit to Kakata, Margibi County, where he was greeted by huge crowds of supporters. Within that crowd were senior leaders of the five districts of the Margibi County Chapter of the All-Liberian Party who switched their allegiance to the ANC.

Alfred B. S. Jerbo, the former Margibi County ALP Chairman, said he along with the entire leadership switched to the ANC because of ‘dissatisfaction’ with Urey’s party. Jerbo added that in 10 of the 15 counties, executive officials and members of the ALP have resigned in frustration and switched allegiance to the ANC.

George Weah and Benoni Urey may be secret allies, but Weah’s 2019 remark that “Benoni Urey is not associated with victory” still has truth to it. At this rate, Urey will soon not have a party to call his own.