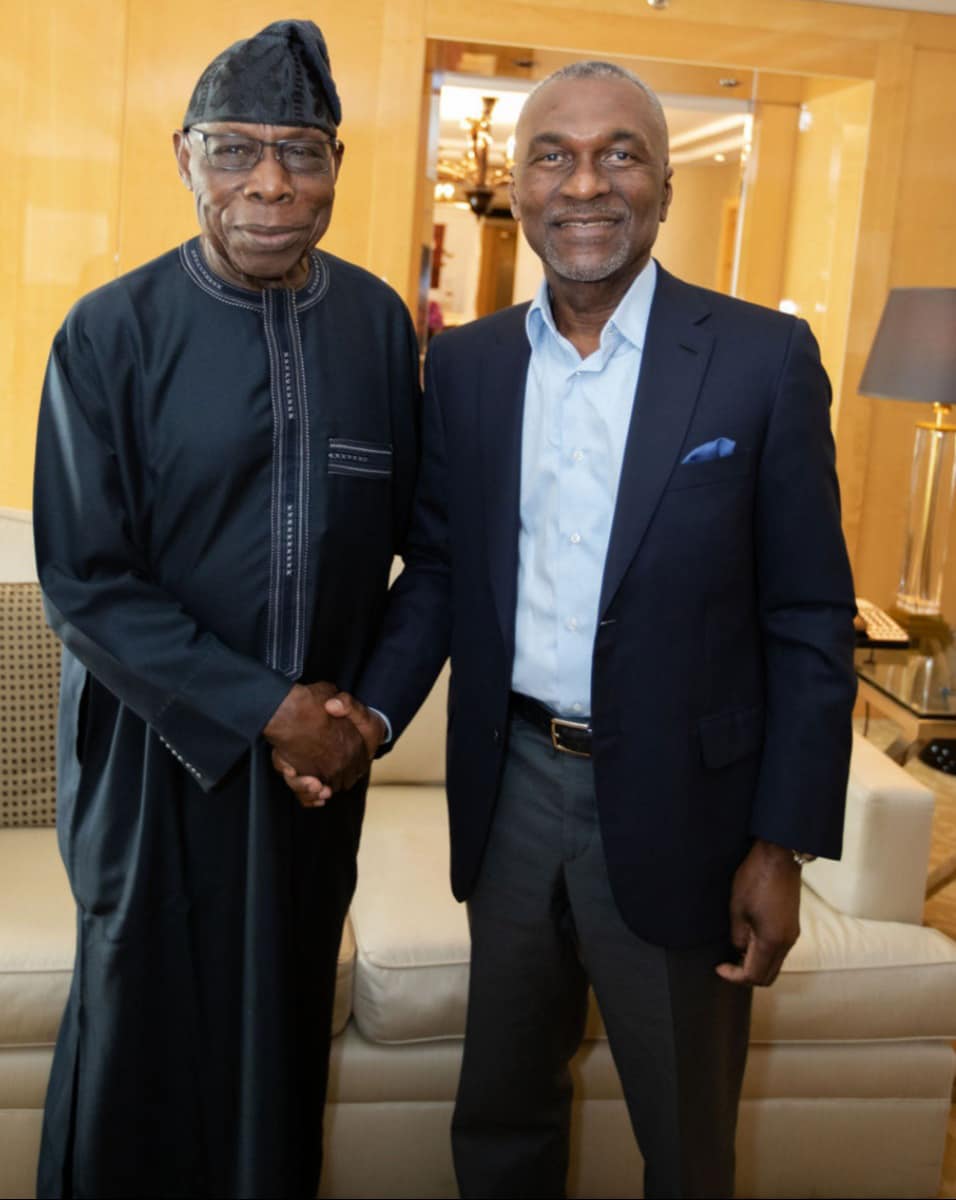 MONROVIA – The Political Leader of the Alternative National Congress (ANC) recently met with the globally-respected Former President of the Federal Republic of Nigeria, His Excellency Olusegun Obasanjo. According to sources who confirmed the recent special day-long meeting, at the invitation of the Former President, the two men met to “rekindle a 25-year friendship, and to discuss the need for competent and experienced leadership on the African Continent”.

The meeting occurred on the margins of the dismissal of all charges against the ANC Political Leader, after almost 6 months of trial by the Liberian Government. Cummings who is challenging incumbent President George Weah and former Vice President Joseph Boakai for the leadership of Liberia in elections slated for 2023, pleaded not guilty, condemned the charges as false and politically motivated, and was forensically cleared of any wrongdoing by an independent international investigation presided over by the respected British lawyer, Cherie Blaire, after more than 5 months of the trial.

The two leaders used the opportunity of their meeting to also discuss the current state of affairs in Liberia. Cummings asked for increased international support and attention for Liberia and briefed the Former President on his vision for Liberia’s inclusive economic growth, long-term security, and sustainable peace and democracy. For his leadership and contributions to Liberia’s peace and democracy, President Olusegun Obasanjo is favorably regarded by Liberians and has been decorated with the nation’s highest distinctions.

The two men first met each other 25 years ago, when Cummings served as Managing Director of Coca-Cola Nigeria, Ltd. is responsible for all of the Coca-Cola Company’s operations in Nigeria. Cummings subsequently became President of Coca-Cola Africa, managing a total of 56 countries and territories across the African Continent. He was subsequently promoted to Executive Vice President and Chief Administrative Officer of The Coca-Cola Company, with responsibility for Coca-Cola’s business functions across 200 countries around the world. In this role, Cummings managed several thousands of employees worldwide, with an operational budget of almost $1 billion, which is nearly twice the size of Liberia’s national budget.

For his part, President Obasanjo thanked Cummings for his continued contributions to Africa’s economic growth and development, including in creating thousands of jobs, support to small businesses, and providing opportunities for women and young people, during his time at Coco-Cola and long thereafter. The Former President affirmed that Cummings’ background and experience were, in fact, the qualifications for leadership Africa needs, and encouraged Cummings to continue in his bid for the Presidency.

The Former Leader of Nigeria widely acclaimed for returning the country to sustainable democratic order, praised Cummings’ strong reputation in the international community, especially in international corporate and business circles, from which he noted, that Liberia will undoubtedly benefit from foreign investments, job creation and improvements in the overall standard of living of the Liberian people. He, therefore, assured Cummings of his continued friendship and support.