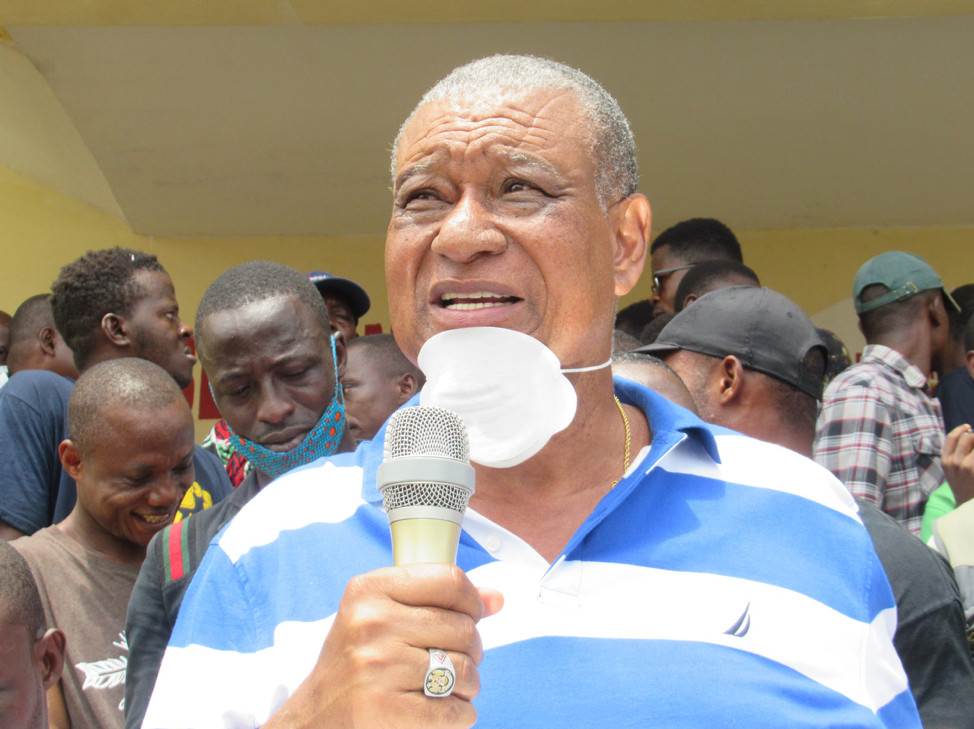 MONROVIA – Benoni Urey, the controversial former Charles Taylor Maritime tycoon who is said to be the richest man in Liberia, is allegedly worried about his potential detention in a United States jail, according to information gathered by Smart News Liberia.

According to people close to the All Liberia Party’s Standard Bearer, his desperation is leading him back to the ruling Coalition for Democratic Change (CDC) which he once supported and later disparaged before the 2017 presidential elections.

As a very wealthy man, sources said he partly financed the then opposition CDC-allegedly bought them a few vehicles; but would soon resign and retrieved the cars at the embarrassment of now President George Weah.

Our sources say, because the United States government is said to be pushing for the arrest and prosecution of all TRC convicts and other corrupt Liberians, Urey is now said to be on the path of returning to the CDC for fear of angering President George Weah who is alleged could easily trigger the arrest and subsequent turnover of Mr. Urey to the Americans for prosecution.

Urey, as Commissioner of the Liberia Maritime program, is accused of diverting funds from its lucrative shipping registry to buy arms in violation of U.N. sanctions, and had failed to take measures to end such abuses, a U.N. panel reported said.
The panel’s experts, in a report, said irregularities persisted in the Bureau of Maritime Affairs, whose books had not been audited since 1988, the duration of his reign at the agency.

When panel members wanted to examine accounts they were told: “the generator had broken down.”

But they were shown some figures from the Finance Ministry, the Central Bank, and the shipping registry’s agent, a U.S. company based in Vienna, Va. “None of the figures match with each other, and they show significant discrepancies, illustrating the urgent need for independent auditing and oversight,” said the panel’s report, obtained by Reuters.

The panel was set up by the U.N. Security Council to investigate the effectiveness of a ban on arms sales, an embargo on Liberian diamond exports, and a travel ban on then Liberian President Charles Taylor and top associates.

Liberia had been accused of fueling the civil war in neighboring Sierra Leone by supporting that country’s rebels in a gems-for-arms trade, partly to enrich some officials.

The UN expert panel called for an extension of the arms embargo on Liberia, saying it had found “credible evidence “Liberia was still buying arms and providing new weaponry to its soldiers in violation of the embargo, even as Sierra Leone moved toward peace after a decade of civil war.

The panel said it remained “concerned” about the activities of the shipping registry which was supervised by the Urey Maritime Commission, although it made no recommendation about imposing sanctions on the registry.

In an October 2001 report, the panel identified four suspicious payments made by the registry’s agent, the Liberian International Ship, and Corporate Registry, to nongovernmental accounts and said it believed Monrovia had used the money to buy arms to help fuel civil war in Sierra Leone.

The U.S.-owned and -operated company that manages the day-to-day operations of Liberia’s ship registry, collecting fees from the more than 1,700 ships that fly the Liberian flag at the time. It contributes about $18 million a year to Liberia’s budget.

After the earlier report, the Liberian government promised audits and other measures to assure funds were not diverted and asked the Liberian Central Bank to take over the accounts of the Bureau of Maritime Affairs.

But the panel said the reforms had not been carried out. The panel said that Sanjivan Ruprah, a Kenyan national, previously identified by the United Nations as a key figure in the illicit arms and diamond trade in West Africa, had traveled under diplomatic passports identifying him as the bureau’s deputy commissioner.

Benoni Urey, the Liberian commissioner of maritime affairs at the time, had repeatedly denied bureau involvement in arms deals and insisted that Ruprah had nothing to do with his business.

But the panel said it had evidence that Ruprah signed letters as the deputy commissioner and “maintained a close relationship with Urey.”

Ruprah was arrested in Brussels and charged with association with a criminal organization and possession of false passports.

Under the George Weah regime, Urey is trying to hustle his way back to the CDC without officially leaving his ALP party, said sources knowledgeable of the alleged scheme.

By trying to reestablish his relationship with president Weah, he filed a criminal suit against his own coalition partner, Alexander Cummings, the main opposition to Weah in the 2023 elections, according to sources.

The Liberian government has since dropped the case against the Alternative National Congress Standard Bearer. But the ALP and Urey are claiming foul play, insinuating the Solicitor General did inform them of his decision in the magisterial court.

Political analysts say the suit against Cummings was a “Vail” attempt by Mr. Urey to whitewash his image against a much cleaner politician like the former Coke executive, Cummings.