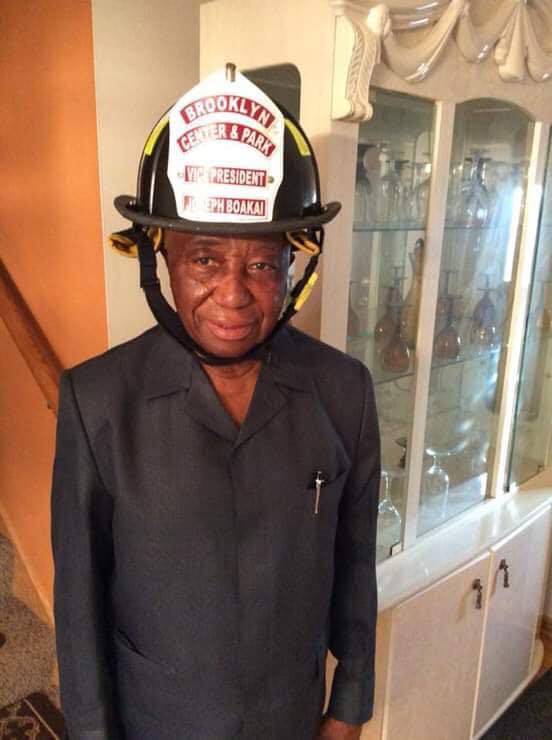 Liberia woke to the shocking news this week that the state was dropping charges against Alexander Cummings, the leader of the Alternative National Congress (ANC) and a presidential frontrunner for next year’s election.

Most reasonable observers would not be surprised that the charges had been dropped – after months of what Cummings has called politically-motivated delays to the legal proceedings and a failure by the court to find any evidence of wrongdoing, all charges against Cummings and his associates were dropped with prejudice to the state, meaning that similar charges cannot be brought again against the ANC leader in future.

The prosecutor Cllr. Cephus wrote in an application to the court that it is “difficult if not inconceivable for me to conjecture or to arrive at any obvious conclusion, the actual damage to, if any, that a constituent political party or its political leader has suffered having already left the CPP on account of a disputed or fraudulent framework document filed with NEC by Cummings and his disciples.”

What took so long?

The real question hanging over the prosecutors, as well as over Cummings’ former partners in the CPP is why it took five months to reach the conclusion that the court did not possess any evidence of Cummings’ wrongdoing, and that such accusations did not even belong in a court of law.

One must not forget that the accusations against Cummings were launched by Benoni Urey of the All Liberia Party (ALP). After the decision by the court this week, it is difficult not to conclude that Urey’s accusations were entirely without merit. Why, then, did Urey do it? A similar question must be raised regarding the support of Joe Boakai of the Unity Party (UP) for Urey’s accusations: has the former Vice President grown so old and senile that he cannot distinguish right from wrong, fact from fiction?

The events of this week will only further pile pressure on the former Vice President, who has for months faced questions about his suitability for office. Detractors point to his old age and the secrets surrounding his medical records, his continued association with Urey, a man already tainted with involvement in war crimes and now further soiled by his abuse of the judicial process. The pressure has grown so great that some inside the Unity Party have even begun quietly looking for a replacement presidential candidate.

Indeed, Boakai’s accusations this week against the National Elections Commission (NEC), which he called “unpatriotic” and “incompetent,” must be understood in the context of his recent political difficulties. But it is a dangerous game to question the integrity of the body responsible for carrying out free and fair elections in Liberia. A man who claims to be as wise and experienced as Joe Boakai should know better than to play with fire. Has Boakai lost all sense of decency, of political decorum?

Many are wondering what will happen next in the electoral landscape, now that Boakai has quietly committed himself to a new opposition coalition, the so-called “Democratic Alliance of Liberia” that he seems to think will insulate him from accusations that he unlawfully pulled out of the CPP for his own selfish political ends.

The events of this week recall an editorial published by Front Page Africa back in October that asked who really benefits from Benoni Urey’s accusations against Cummings. Eight months later, its predictions are chilling:

“The million dollar question is, who benefits from Urey throwing explosive accusations into an opposition coalition already full of mutual animosity and mistrust? Who benefits from an opposition that is fractured should the CPP fall apart?… The real beneficiary is none other than the current occupant in the Executive Mansion, who might be shocked at his good fortune. Weah and the CDC are watching as its biggest threat in 2023 engages in self-destruction – a process propagated by Mr Benoni Urey. It’s almost too perfect, like a plan coming to fruition.”

Henry Costa, Urey’s chief propagandist who makes no secret of his love for Joe Boakai and his belief that Cummings is the villain of the former CPP, appeared unable to process this week’s events. First, in what looked to be a spat of anger he declared that “The Liberian government has decided to feel sorry for Cummings and drop all charges against him,” before changing his tune a few days later and calling for “a cessation of hostilities” toward Cummings and the ANC.

Even Costa’s supporters are skeptical, with the most liked comment declaring, “Shame on you and your father Urey. All the time you spent spreading lies if you had spent that time making peace by now the CPP would have remained united but you, Boakai and Urey are the greatest disappointment to the Liberian people.”

Unfortunately for Costa and his political masters, calling for peace now that Cummings is a free man comes too little, too late. After more than half a year of falsehoods and malicious attacks against a former political ally, there are only two possibilities: Either Boakai and Urey are hopeless incompetents who have been used as willful pawns in George Weah’s effort to slice his way through the unity of the opposition before next year’s elections, or they have a devious plan of their own up their sleeves.

Whichever it is, these men have proven yet again that they represent a dangerous threat to Liberia. Far from offering the stability and competence he claims to bring to the table, Joe Boakai and his friends are a threat to the stability of Liberia and its cherished democratic values.