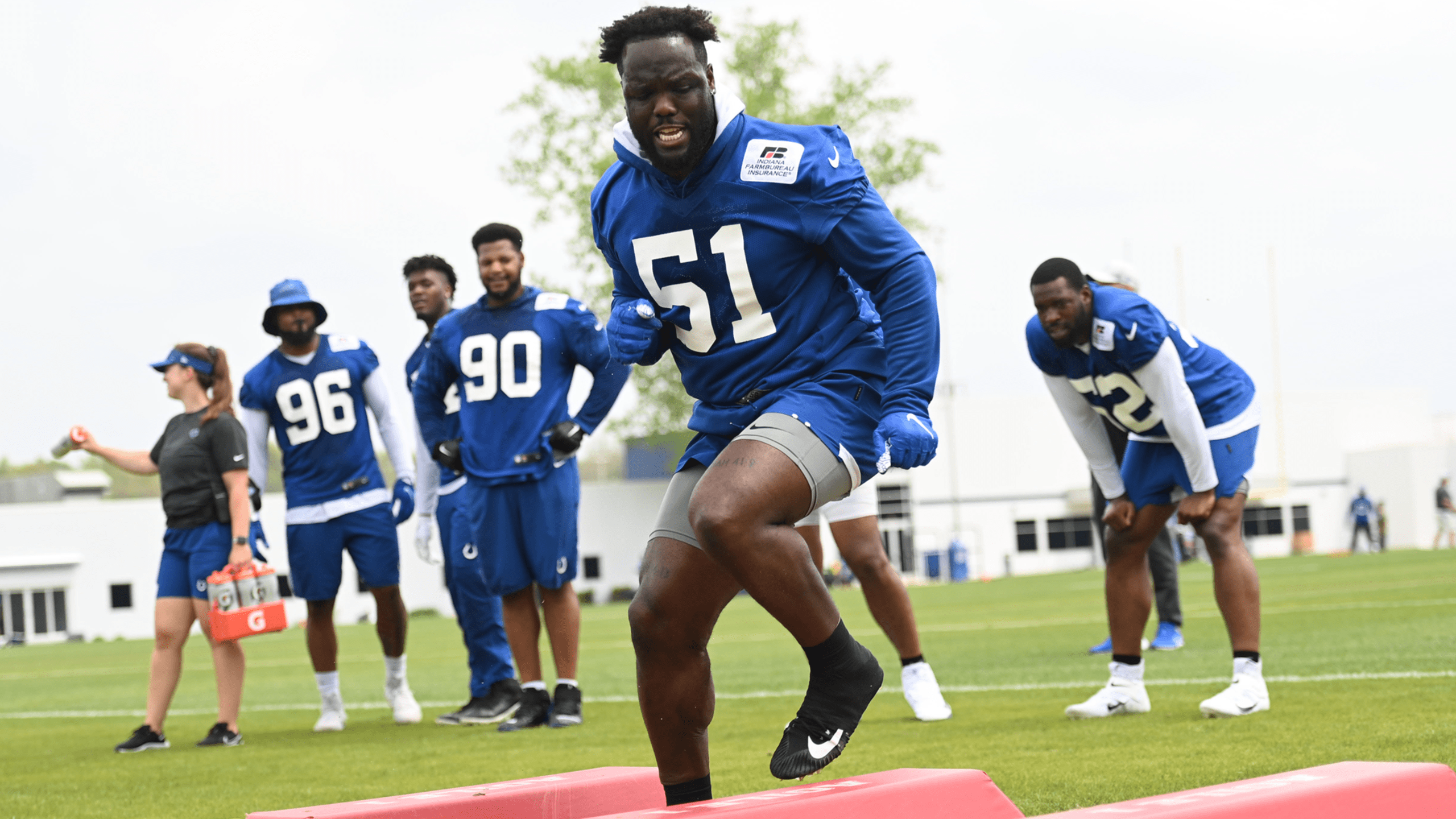 Paye, a Liberian, will travel to Ghana to participate in the NFL’s first official events in Africa later this month.

Later this month, Colts defensive end Kwity Paye will return to his home continent for the first time since he was an infant when he’ll participate in the NFL’s first official event in Africa.

“When they presented me the opportunity, I was like, hell yeah, let’s go back,” Paye said. “It’s for a good cause to be able to go back and try to give more people the opportunity to come to the NFL and better their family life. I’m all for it.”

Paye said he’s excited to work with those players and teach them some of the techniques he’s learned over the years as he developed into a first-round pick out of Michigan and one of the NFL’s most promising young defensive ends.

“This is a truly remarkable initiative,” Umenyiora, a Nigerian who had 85 sacks and won two Super Bowls in his 12-year career, said. “This camp is not only giving opportunities to great African athletes, it is also highlighting the incredible African athletes already in the NFL. The positive impact of this cannot be overstated.”

The NFL will also host a day of flag football for students from 10 local schools in Ghana, as well as a fan festival in the capital city of Accra.

“The NFL’s doing a great job of trying to find talent across the world,” Paye said. “They decided to do their own section of NFL international, NFL Africa. And they try to really rally around all the African NFL players, try to make sure we represent where we’re from.”

Paye was born in Guinea after his mother, Agnes, fled her native Liberia, first to Sierra Leone and then to Guinea, during the Liberian Civil War. Paye, his mother and older brother, Komotay Koffie, immigrated to Rhode Island about six months after Paye was born.

Paye’s mother always envisioned his first trip to Africa would’ve been to Liberia, but the opportunity to return to Africa and make an impact there with the NFL is a tremendous opportunity for the 23-year-old.

“Introducing the sport to a different country — I feel like soccer’s a prominent sport in Africa,” Paye said. “So being able to get a different sport in there, present different opportunities, it’s great.”

Source: FOR THE SHOE News