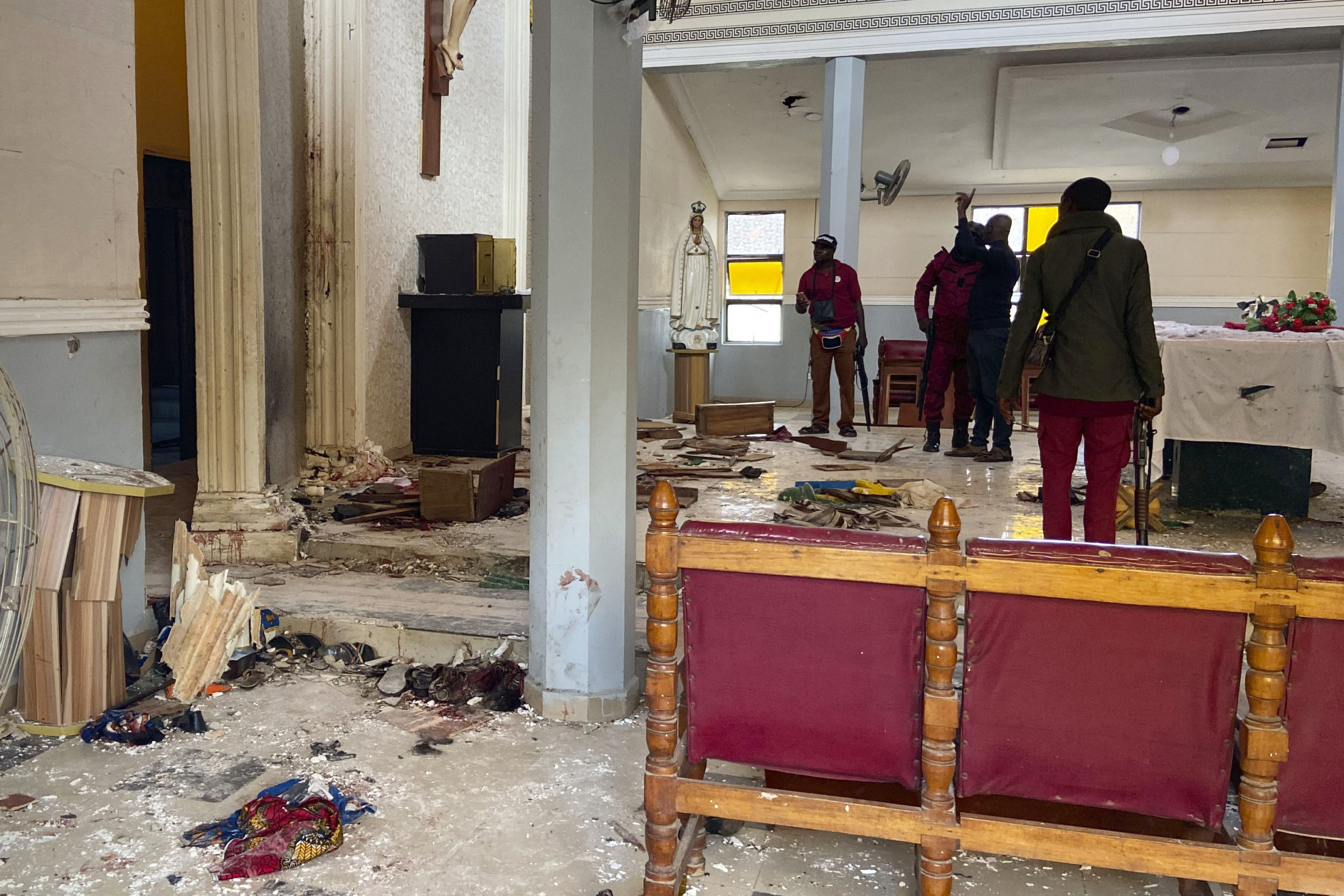 OWO, Nigeria, – Theresa Ogbu took two of her five children to mass on Sunday to celebrate Pentecost, a joyful occasion for a devout Catholic, but the boys came home without a mother.

Ogbu, 51, was shot in the head as she tried to escape from St Francis Catholic Church in Owo, Nigeria, where the congregation came under attack from unknown assailants firing guns and hurling explosives.

“I miss my mother so much,” said Victor Ogbu, 13. He and his brother escaped unharmed, only to discover later that their mother lay dead in a pool of blood in a church aisle.

The attack left 22 people dead and 50 injured, according to an official from the National Emergency Management Agency. Pope Francis was praying for the victims, the Vatican said.

Authorities have given no information about the identity or motive of the attackers.

Inside the church, streaks of blood on the floors and walls, broken furniture, shards of glass, plaster debris and abandoned shoes testified to the violence of the attack.

At the family home, Benedict Ogbu was grieving for his wife and wondering how he was going to face life as a single father of five.

“It is just like somebody have two hands and they cut one hand,” he said. “Something that the two hands is carrying, you try to use one hand to carry it. In fact it is very heavy.”

Some said they and their relatives were having to source bandages and other supplies from private pharmacies as the hospital was running out – a common problem in underfunded Nigerian public hospitals.

“The crutches, we bought them from outside. They don’t have them here,” said Benjamin Asogwa, who suffered a knee injury during the attack.

In a sign of solidarity, a group of employees of the national power company pooled resources to buy bandages, disposable syringes and gloves, as well as cans of soft drinks, for the hospital.

‘EVILS OF TERRORISM’
Police said on Monday they had recovered unexploded bombs as well as casings from bullets used in AK-47 assault rifles.

They said some of the attackers had positioned themselves among the worshippers, while others fired into the church from different directions.

Nigerian President Muhammadu Buhari expressed horror at the attack. West African regional bloc ECOWAS pledged to work with Nigeria against “the evils of terrorism”. While UN Secretary-General António Guterres on Twitter said he “I condemn in the strongest terms the heinous attack in the St. Francis Catholic Church in Owo, Nigeria, that resulted in the death and injuries of scores of civilians as people gathered for the Pentecost service.”

Owo is located in Ondo State in southwestern Nigeria, a region not usually prone to religious violence. The southwest is home to the Yoruba ethnic group, which is split roughly equally between Christians and Muslims who coexist peacefully.

Nigeria has been struggling for more than a decade to suppress Islamist insurgencies in the northeast that have killed hundreds of thousands and displaced millions, but the insurgent groups are not known to be active in Ondo.

Some Owo residents and one Catholic bishop have suggested that the attack may be linked to conflict between nomadic ethnic Fulani herdsmen and local farmers over land use. The authorities have said nothing about that and no evidence has come to light.

At the town hospital, wounded survivors were being treated for lacerations, bullet wounds and blast injuries.