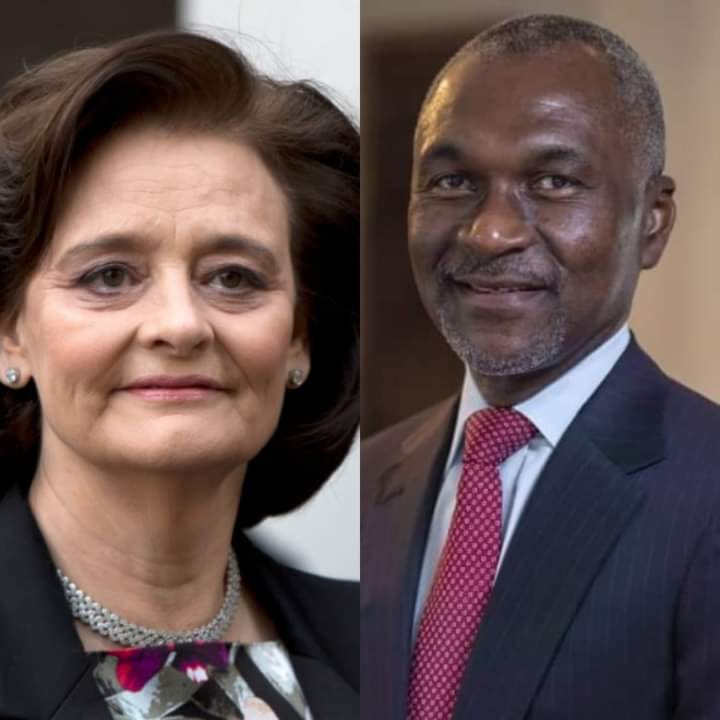 MONROVIA – a highly transparent investigation has concluded and produced a reverberating report “The Framework of Political Persecution: The Case of Alexander B. Cummings”. The international investigation carried out by Omnia Strategy and ALACO Analytics, into the case against the most potent opposition challenger to President George Weah’s bid for re-election in 2023, Mr. Alexander Cummings. The case against the popular ANC leader was brought to the government by the All Liberian Party (ALP), through its political leader and Chairman, Benoni W. Urey and Theodore Momo under the pretext of standing for the Rule of Law, preservation of multi-party democracy, and needing transparency.

The case is being surprisingly prosecuted by George Weah’s Ministry of Justice.

According to the investigators’ conclusion, the public persecution of two key co-defendants from the opposition political party, The Alternative National Congress (ANC) is “worthless” and is simply based on the premise of an opportunistic political fishing expedition. A process impersonating a legitimate investigative review of the Collaborating Political Parties (CPP) Framework Document accusation of forgery.

The ALP’s core allegation is that Mr. Cummings conspired with Messrs Naatehn and Toe to tamper with the CPP Framework Document prior to it being filed with the National Elections Commission of Liberia (“NEC”). The ALP’s allegations formed the basis of the presently ongoing criminal trial in Monrovia, in which Mr. Cummings and his co-defendants are accused of forgery and criminal conspiracy (the “Liberian Criminal Proceedings”). Mr. Cummings denies the allegations.

Investigators document within the report that this “ALP’s core allegation” is false and the accusation against Mr. Cummings “follows a classic arc” of political storytelling. “Someone conspired to fix the process to his advantage, but got caught”.Political analysts and leading Political Science professors in Monrovia also believe this kind of storytelling cast within Liberia’s weak justice system is meant to derail the popularity of Cummings, kill momentum, poison public opinion, and delay the ANC’s readiness for the upcoming elections.

Simply put, stop Cummings and the ANC at all costs from a Toe-to-Toe challenge with President George Weah by rapping the ACN leader’s reputation and political campaign in a legal quagmire.

The Independent investigation came to birth on 23 February 2022, after Mr. Cummings, who has been cooperative and open to the legal process for weeks became extremely suspicious of the evidence presented against him in the case. As a result, instructed the law firm Omnia Strategy and investigative firm Alaco Limited to undertake a rigorous review of the allegations against him and two other senior figures in the ANC, Daniel F. Naatehn and Aloysius Toe.

During a press conference days before the start of the investigation, the ANC establishment put out a press release in which it was stated that “throughout his corporate, philanthropic, and political career, at home and abroad and in his recent political engagements in Liberia, the ANC leader, Mr. Cummings has always been committed to high standards of integrity, honesty, probity, and transparency and as such, these allegations are a direct and shameful attempt to provoke suspicion, question his love for Liberia, and undermine his values.

Led by Cherie Blair CBE, QC, Omnia is an international law firm that specializes in dispute prevention and resolution around the globe.

The international investigative team cautioned and challenge all Liberians to do a deep-dive examination of whether the Rule of Law is being ignored or even intentionally used to arrest the progress and steadfastness of a prominent political opponent of President George Weah as in the case of Alexander Cummings.

24.05.2022 | Independent Report: “The Framework of Political Persecution: The Case of Alexander B. Cummings”

The report states that:

In light of the findings of the Alaco-Omnia Report, it is difficult to conceive how the allegation that Mr. Cummings and others conspired to tamper with the Framework Document could be thought to have any legitimate foundation at all, let alone provide a secure foundation to bring a criminal prosecution where the consequences are so personally and politically profound

Both investigative firms analyzed the sunrise of the Framework Document to its sunset copy placed in the trusted hands of the National Elections Commission (NEC). They combed through every communication using bird’s-eye view on overlooked details among the ALP, UP, LP, and the ANC during and after the process of negotiating, finalization, and registration.

The team also reviewed the findings of the infamous “CPP Investigative Committee” that was established by the political leaders of the in-crisis CPP at the time to examine the allegations of forgery, and corroborate both sides’ chatroom history and other correspondence legally turned over by the Prosecution to the Monrovia City Court.

The team, after several days of investigative partnership with both sides, concluded that the CPP Investigative Committee Report, which was oddly read to the Liberian public by the then CPP Chair Senator Karnga-Lawrence on October 7, 2021, on Front Page Africa Facebook live is “fundamentally flawed, both in terms of its approach, processes and stated conclusions”. They also added that the report is a “wholly unsafe basis for any criminal prosecution, given the inevitably.”

The manner in which the allegations have been casually amplified and wrongly given credence raises important questions about the motivations of the CPP Investigative Committee and the enthusiasm with which its findings have been used by the Government of Liberia to underpin the criminal prosecution of a political opponent.

The existence of substantial differences (of structure and content) between the Original FD – whether dated 25 April 2020 or 19 May 2020 (see paragraph 12) – and later versions of the Framework Document is not in dispute but nor is it untoward. Such an evolution is the logical and expected consequence of the iterative process of negotiating the Framework Document. In particular, the introduction of the Legal Advisors’ proposed amendments to the Original FD,5 which were then incorporated into the Post-Review FD, were reviewed and approved by the Constituent Parties prior to registration of the Framework Document with the NEC.

And made particular reference to,

On October 7, 2021, Senator Karnga-Lawrence informed the Liberian public that Mr. Benoni W. Urey, ALP Chairman was the person who “brought the allegations” against Mr. Cummings to the CPP’s attention. She thanked him for doing so and went on to accuse Cummings, deploying the inadequate CPP Investigative Committee Report language to disparage the ANC leader’s charactor.

In light of our investigation, we have serious concerns regarding the findings of the CPP Investigative Committee Report, which was lacking in each of its scope of review, analytical rigour, and conclusions. Accordingly, its process and outcome are fundamentally unreliable. Together with omissions in Prosecution evidence, this calls into question, therefore, the very basis upon which the Prosecution has commenced criminal proceedings against Mr. Cummings and his co-defendants. Indeed, informed by the findings in this Report – including that it is plainly evident that the Constituent Parties discussed, agreed, and approved the version of the Framework Document that was ultimately filed with the NEC – it is difficult to conceive how the allegation that Mr. Cummings and others conspired to tamper with the Framework Document could be thought to have any legitimate foundation at all let alone provide safe grounds for prosecution.