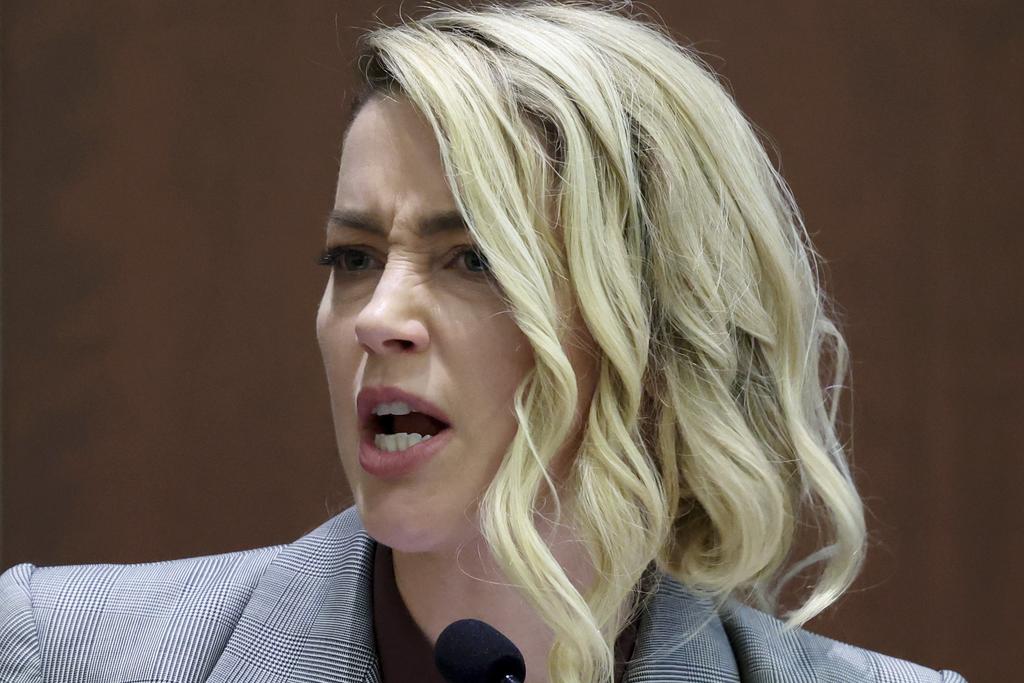 Heard and Vasquez clashed during a cross-examination in which Vasquez told Heard: ‘Your lies have been exposed to the world multiple times, right?’

Amber Heard and Johnny Depp’s lawyer Camille Vasquez locked horns in a final fiery confrontation on Thursday, before testimony in the former couple’s defamation case finally came to an end.

Heard and Vasquez clashed during a cross-examination in which Vasquez told Heard: “Your lies have been exposed to the world multiple times, right?”

“I haven’t lied about anything I’ve been here to say,” Heard replied.

A tense exchange followed in which Vasquez put it to Heard that she knew media would be at the courthouse when she went to file a restraining order against Depp on May 27, 2016, and had “alerted” entertainment news site TMZ to the fact it was happening.

“No I did not,” Heard replied. “I did not call TMZ or any other news source or paparazzi source, no one.”

Vasquez went on to discuss testimony given by former TMZ journalist Morgan Tremaine that he sent paparazzi to the courthouse to capture a bruise on the right side of Heard’s face.

Tremaine previously testified his aim was to “capture her [Heard] leaving the courthouse and then she was going to, sort of, stop and turn towards the camera to display the bruise on the right side of her face”.

“Absolutely not,” Heard replied. “Why would I want that? What actual survivor of domestic violence wants that?

Heard had previously testified that she had nothing to do with the video’s release.

Tremaine had previously testified that TMZ published the footage 15 minutes after receiving it.

Vasquez put to Heard that the video published by TMZ was different from the version of the video played during the courtroom.

The TMZ video was missing a portion of the video which allegedly showed Heard “smirking”.

“I know you testified earlier that you haven’t been smirking in this trial but you sure were caught on camera smirking in that video,” Vasquez said.

“I disagree with that,” Heard replied. “Everyone can watch that video and you can determine if you think it’s funny to me or not.”

Vasquez put it to Heard that the published video was missing that part because it came from her.

“No it did not,” Heard replied.

“You edited out the portions that made you look bad before sending it to TMZ,” Vasquez said.

Heard laughed as she said: “You are very wrong about that. If I wanted to leak information, I could have done it in a more effective way, a lot sooner.”

Heard said she took the video but did not leak it. She also said she did not know how TMZ obtained it.

Vasquez then showed Heard a photo, already submitted into evidence, of Heard pictured with a bruise on her face when she went to get a restraining order against Depp.

New photo submitted into evidence
Vasquez then showed Heard a new photo, one taken of Heard and her friend Rocky Pennington, allegedly taken a day afterwards.

Heard said she had “no idea” when the image was taken.

‘There’s no bruise on your face in this picture is there?’ Vasquez said. Credit: CourtTV

“There’s no bruise on your face in this picture is there?” Vasquez said.

Vasquez showed Heard another photo of Heard taken during the same outing.

“There’s no bruise on your face in this picture either right?” Vasquez said.

“I disagree, if it is taken when you represent it was taken then obviously there’s a bruise on my face. It’s covered by makeup as per usual,” Heard replied.

At another point in proceedings, Vasquez questioned Heard over the date two more already submitted photos – both showing the same spilled bottle of wine on the floor – were taken.

In prior testimony, Heard had attributed the images in question to two different alleged incidents – one in December 2015 and one in May 2016.

But the photos appeared to be of the same scene.

“So which is it?” Vasquez questioned. “If you’re telling the truth you would know.  Credit: CourtTV

“So which is it?” Vasquez questioned. “If you’re telling the truth you would know.

Heard countered: “Recognise a portion of spilled wine on a floor and I’m supposed to know off the top of my head when you’ve lived through five years of this stuff?

Following the exchange, Judge Penney Azcarate threatened to clear the courtroom if she heard anything being voiced from the gallery.

Coming out of a short sidebar, Azcarate told the attendees she wanted “no words, no sounds at all coming from you”.

“If I hear one more sound, I will clear the gallery and move to continue this testimony with no one in the courtroom,” she added. “Understood? Good?”

Heard’s lawyer redirects
Upon a redirect, Heard’s attorney asked Heard about accusations that she faked bruises and photos of the alleged abuse she said she suffered from Depp during their relationship.

She also defended her inability to state immediately what date a photo of spilled wine was taken when questioned about it by Depp’s attorney during cross-examination.

“It’s easy to not know the context of a picture of spilled wine, because there are so many more important details, pictures, and also so much I didn’t photograph,” Heard said.

Benjamin Rottenborn, Heard’s attorney, asked again what Heard suffered as a result of the statements that Depp’s former attorney Adam Waldman made to the Daily Mail in 2020, in which he described her allegations of abuse as a “hoax”.

“‘That’s just an echo of the violence and abuse I suffered within our relationship.”

Heard referenced text messages from Depp in her response.

Messages presented in court included ones in which Depp communicated that he wanted Heard to suffer “global humiliation” after she filed for a protective order.

“What you see in this courtroom is an echo,” Heard said.

“This courtroom and the other courtroom he dragged me into to do the same thing again.

That’s just an echo of the violence and the abuse that I suffered within our relationship.

That’s just an echo of the violence and the abuse that I suffered within our relationship.

“The campaigns to have me fired that [were] blocking me, to try to ruin my career.

“The threats he’s made to humiliate me globally are being lived out in real time – in front of you ladies and gentlemen for the past six weeks, and for the whole world since there are cameras here.”

Vasquez put it to Heard that the information must have come from Heard’s team.