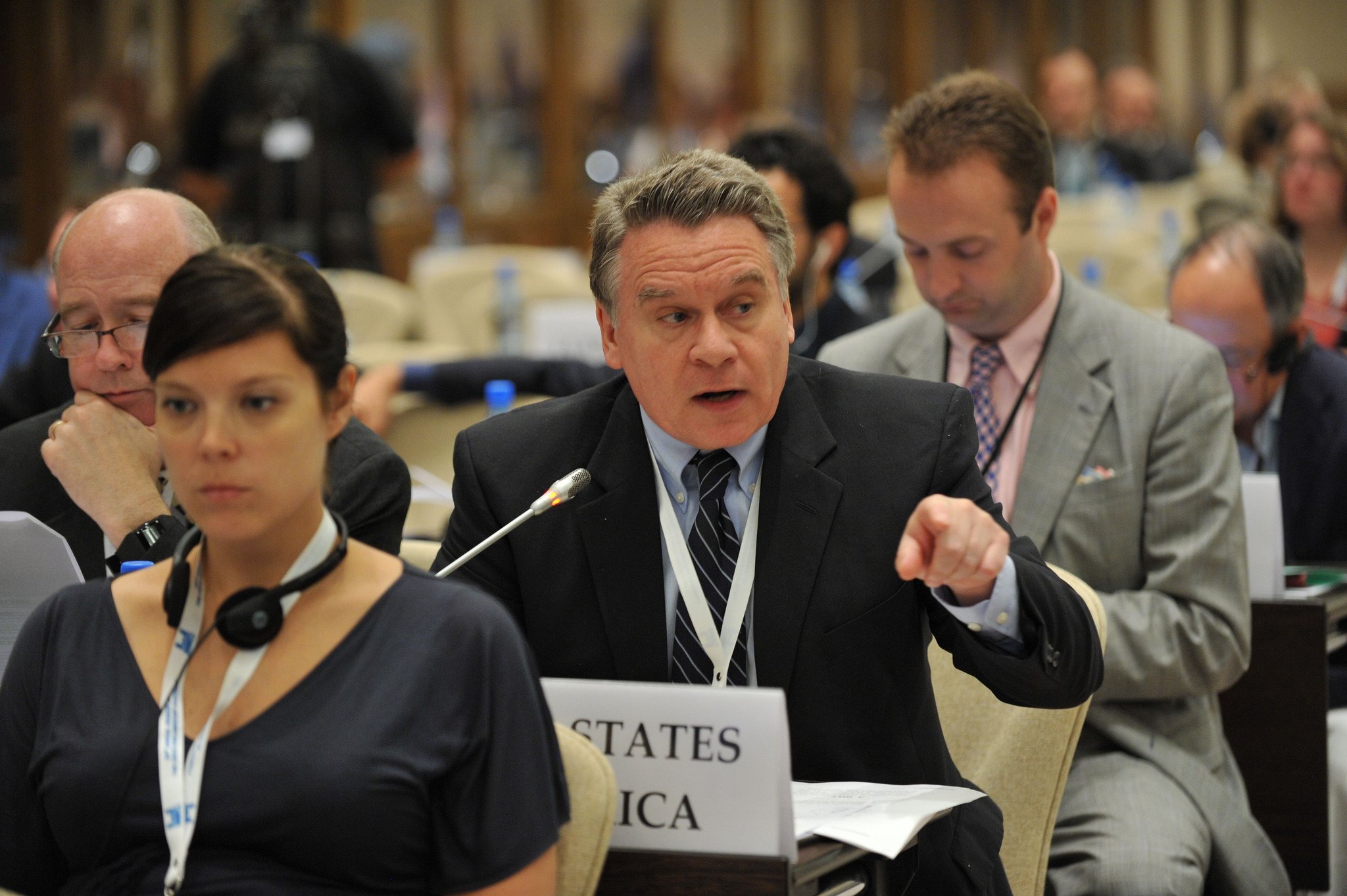 The United States government has shown a continued willingness to combat impunity globally, and Liberia has remained a primary focus of these efforts, from the recent arrest of Liberian warlords Sekou Kamara, to the sanctioning of Liberian politicians under the Global Magnitsky Act and a pending resolution in Congress calling for targeted sanctions in Liberia.

The most recent signal that the US sees tackling impunity dating back to Liberia’s civil war as a key issue came this week, when the Tom Landos Human Rights Commission of the US Congress announced that it received petitions and more than 300,000 signatures calling for the establishment of a War and Economic Crimes Court and more names added to the Magnitsky sanctions list in Liberia.

Congressman Chris Smith, Co-Chair of the Human Rights Commission, declared on Wednesday “Justice delayed is justice denied, but not in the case of Liberia. All perpetrators who committed atrocities during the country’s civil war must be held accountable.”

Rep Smith’s commitment to accountability in Liberia and his continued advocacy for the establishment of a War Crimes Court is longstanding and an important voice in the fight against impunity. But it is essential that the Committee that Rep Smith leads approaches its mission with open eyes and without prejudice or politicization.

Much of the reporting about the recent actions of the US Congress, from Resolution 907, introduced by Congressman Gregory Meeks in February calling for targeted sanctions, to the actions of the Human Rights Commission, has pinned the blame on the George Weah administration for its alleged failure to establish a War Crimes Court.

Viewed from Washington, it is easy to understand how this simplistic conclusion is often reached. However, the 2009 report of the Truth and Reconciliation Commission of Liberia (TRC) identified a long list of individuals complicit in war crimes and other misdeeds during the country’s long civil war. Indeed, if a truly impartial War Crimes Court does come to pass in Liberia, the list of potential targets is a long one, and the blame cannot only be laid at George Weah’s feet for its delayed implementation.

Making matters more complex, individuals who were named in the Truth and Reconciliation Commission report have disingenuously declared themselves to be supporters of a War Crimes Court in Liberia and try to use the issue for their own political gain. Benoni Urey, a close associate of Charles Taylor named in the TRC report who was previously sanctioned by the United Nations and United States for his wartime activities, for instance, has repeatedly claimed that he supports the establishment of a War Crimes Court while lamenting that only Charles Taylor has faced justice for his wartime activities.

The duplicitous behavior of individuals such as Urey has not gone unnoticed by experts in the United States, however. An article in Newsweek last year noted that “Many of the supporters of war crime tribunals would be likely to find themselves on the indictment list,” referring to “the Benoni Ureys of the world, who hop from one bandwagon to the next, hoping it will never reach a real court of international law.” An analysis last month in National Interest wrote that “Benoni Urey has long played a complex game in his effort to evade accountability for his wartime actions.”

The renewed interest in accountability in Liberia by the Human Rights Commission of the US Congress comes at an especially sensitive time in Liberia, as political infighting among former opposition coalition partners threatens to imperil judicial independence in the country. Unsurprisingly, Benoni Urey has played the starring role in this drama, too.

The fight for accountability in Liberia by the US Congress should be applauded, and as demonstrated by the 300,000 signatures gathered in support, the Liberian people yearn for justice for the horrors of the country’s civil war. Given the stakes, however, Congress must be on high alert for nefarious actors using the process for their own political gain. As Rep Smith remarked this week, “all perpetrators who committed atrocities during the country’s civil war must be held accountable.” The people of Liberia will accept nothing less.