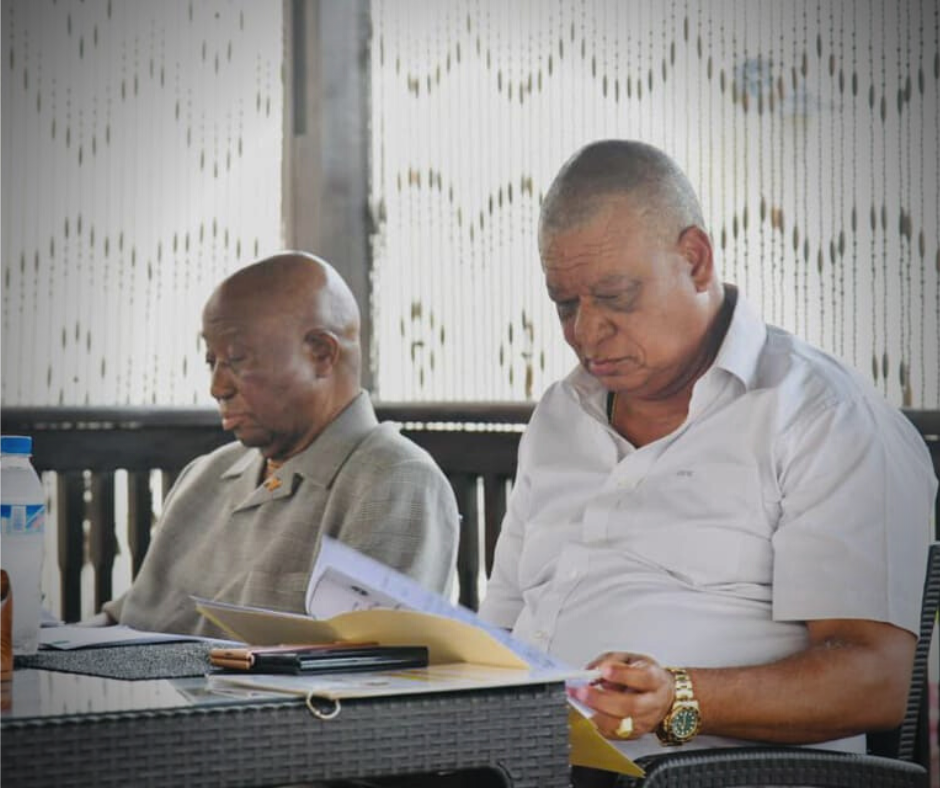 MONROVIA, LIBERIA-This week, the National Election Commission (NEC) ruled that the Unity Party (UP) and the All-Liberia Party (ALP) are unable to participate in the upcoming Senate election in Lofa County on the grounds that the UP and ALP illegally pulled out of the Collaborating Political Parties (CPP). Should the NEC’s decision stand, it could carry serious ramifications for the UP and ALP in next year’s presidential elections.

For Joseph Boakai, the UP’s standard-bearer, this is an especially embarrassing development given Lofa is a stronghold of the Unity Party. For months, Boakai has acquiesced to the machinations and totally unsubstantiated claims that the framework document of the CCP was altered, and signatures were forged.

These claims were spearheaded by Boakai’s political ally Benoni Urey of the ALP targeting Alexander Cummings of the Alternative National Congress (ANC).

The NEC’s decision is a case of Boakai and Urey getting a taste of their own medicine.

Cummings, ANC leader, has found himself bogged down in recrimination and now criminal proceedings for months despite a lack of any evidence against him. It was only a matter of time before Urey’s politicized allegations against Cummings and the subsequent decision by the UP and ALP to pull out of the CPP came back to bite.

The complaint to the NEC was filed by Musa Bility, the embattled leader of the Liberty Party (LP) alleging that the decision by Boakai and Urey to pull out of the CPP was illegal. The NEC’s Board of Commissioners agreed, writing that “the framers of the [1986] Constitution and Elections Law did not compel political parties to submit their governing documents to the NEC simply as a mere formality.”

Furthermore, the NEC Commissioners found that the way the UP and ALP exited the CPP coalition was in breach of the Framework Document, which remains valid until a court rules otherwise. As is well known, Urey and Boakai pulled their parties out of the CPP without providing a shred of evidence that their signatures were forged, let alone before the criminal court finished its deliberations.

Rather than challenge the NEC’s decision head-on, Boakai has tried to politicize and refocus the issue as an affront to Lofa, declaring that “the Unity Party and the people of Lofa County have had enough and will no longer continue to be insulted, disrespected, and disenfranchised by the CDC Government of President Weah.”

Astute citizens in Lofa County will see clearly that their “disenfranchisement” is a result of Boakai’s willingness to go along with Benoni Urey’s irresponsible and unconstitutional behavior in pulling out of the CPP and launching politicized criminal charges against Cummings. Indeed, Cummings has long alleged that he is being politically disenfranchised by the court proceedings against him, which have been repeatedly delayed due to lack of evidence.

One must not forget that Boakai, despite being the rotating head of the CCP when recriminations against Cummings began, remained painfully, awkwardly silent. As Front Page Africa wrote back in October, “Many had hoped that the former Vice President, now the standard bearer of the Unity Party, would have used his experience and wisdom to quiet the down the noise within the CPP. Unfortunately, at least from the public’s perception, that was not the case and things went helter-skelter.”

Musa Bility, on the other hand, has made the preservation of the CPP his top priority. The Liberty Party leader understood that a unified CPP was the only way for the opposition to be a formidable challenger to George Weah in next year’s elections. Once Boakai and Urey formally announced their decision to pull out of the CPP on the questionable grounds that their signatures were forged, Bility was left with little choice but to bring a complaint to the NEC. Those that violate constitutional and electoral norms should be punished.

The decision by the NEC Commissioners to bar the Unity Party and All-Liberia Party from fielding a candidate in Lofa’s upcoming Senate election is likely to shake up the political landscape – not just in Lofa, but across Liberia in the run up to next year’s elections.

Indeed, if Boakai is unable to run in the presidential election, some are already looking elsewhere for other formidable opposition candidates that could re-unify the opposition. In an ironic twist, the man at the top of this list of presidential alternatives is Brownie Samukai, who ran on the CPP ticket in the 2020 Lofa County Senate election before running into his own set of legal challenges. Samukai remains popular across the former member parties of the CPP and could offer a chance for the CPP to bury the hatchet and re-unify ahead of difficult elections next year.

Should the NEC’s decision barring Boakai and Urey from participating in upcoming elections stand, Boakai will have nobody but himself to blame. The lesson, of course, is not to rely on nefarious actors such as Benoni Urey no matter how beneficial the short-term gains may be. In the end, the long arm of justice will catch up to you. As the well-known adage goes, “People in glass houses should not throw stones.”