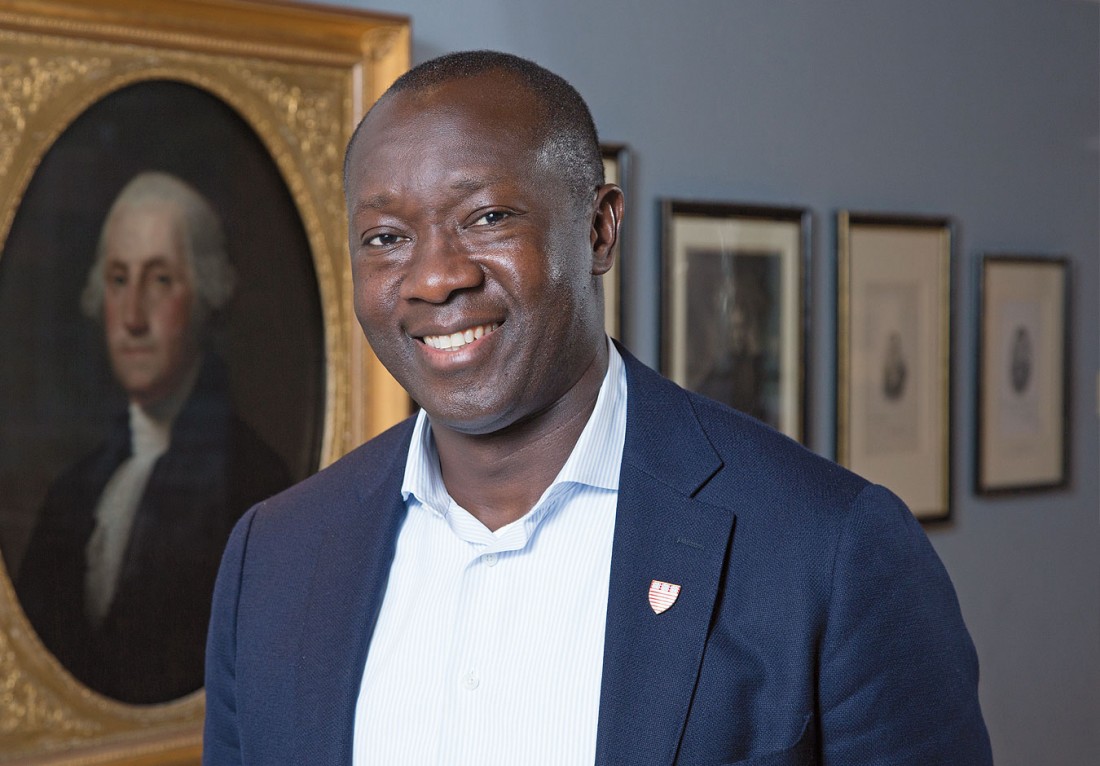 MONROVIA – Former Liberian Finance and Development Planning Minister Amara Konneh has challenged the Coalition for Democratic Change (CDC) led-government of President George Manneh Weah to address the unstable supply of electricity at the Roberts International Airport (RIA), businesses and homes in Monrovia and other parts adjacent with urgency if the governing party must leave a legacy after the expiration of its regime.

For some time now, the RIA, headed by its Acting Managing Director Martin Hayes, has been faced with serious operational constraints, making it difficult for the airport to be lighted during the night hours.

The situation deteriorated and was so embarrassing on March 28, 2022, when President Weah and other government officials were greeted with darkness upon their arrival into the country from the United Arab Emirates (UAE) where they had gone to participate in EXPO DUBAI 2020.

But in a statement posted on his official Facebook page late Tuesday evening, Mr. Konneh observed that electricity and more money are not the solutions to Roberts International Airport’s problem.

He noted that if electricity and more money are provided and budgeted to address the unstable supply of electricity at the country’s only international airport, the situation will continue to persist because, “the people managing it (RIA) are the problem”.

He recalled that when the ex-Liberian President took over the mantle of authority in January 2006, just a few years after the end of a 14-year civil war, the RIA, which is the nation’s largest airport was in financial and physical ruins.

Mr. Konneh pointed out that the airport was also “deep in debt, had no auditable trail of revenues and expenditures, and it suffered from a bloated payroll, a severe skills shortage, and a culture of corruption”.

He recalled that the former head of the Internal Audit Agency (IAA), Alex Cuffy, an internationally recruited financial Comptroller, worked with the Unity Party led-government to address some of the problems at the RIA.

He disclosed that though Mr. Cuffy was a member of the opposition Congress for Democratic Change (CDC) at the time, the UP led-government worked with him.

“Between 2006 and 2009, Cuffy worked with Julius Dennis and Abraham Simmons, successive managing directors at RIA, to implement a series of reforms to make the airport viable again. They established financial controls that helped bolster the airport’s financial position, eliminated unnecessary workers, trained the remaining staff, wrote a complete operating manual, and purchased much-needed equipment with financial support from donors”.

With these reforms, he emphasized that, RIA met International Civil Aviation Organization standards, and United States regulators approved the facility to handle flights to and from America.

He recalled that as a result of the changes at the RIA under Madam Sirleaf-s administration, major airlines, including Delta, British Airways, Air France, among others added the RIA to their routes.

“I am not sure what Alex Cuffy’s current political affiliation is. Still, if we are serious about having a well-managed international airport by international standards, he is perhaps the best to do it. Alex is a Liberian with strong managerial skills and experience with a deep understanding of systems, politics, and culture. I hope the regime will look beyond partisan politics on one of the most important strategic economic infrastructures in our land”.

What CDC met at RIA

Mr. Konneh pointed out that the CDC-led government inherited the RIA with a new runway, terminal building with jetways (first time since 1847), and other amenities befitting a modern airport.

“It doesn’t matter who built it; it belongs to Liberia. Making it work to increase the inflows of passengers, whether they are Liberians returning home, tourists, investors, etc., will help boost your legacy long after you leave office”.

He recalled that annual revenue generation at the RIA was roughly $4 million in 2006 when there existed potholes on the runway and a house was being used as a terminal at the airport.

He observed that the airport has a great potential for additional revenue generation, and as such, the CDC-led government must “own and prevent it from falling apart by getting the right people in there”.

I am not sure what Alex Cuffy’s current political affiliation is. Still, if we are serious about having a well-managed international airport by international standards, he is perhaps the best to do it. Alex is a Liberian with strong managerial skills and experience with a deep understanding of systems, politics, and culture. I hope the regime will look beyond partisan politics on one of the most important strategic economic infrastructures in our land

“The same can be said about the Liberia Electricity Corporation. You inherited about 130 megawatts of grid power, cross border electricity serving 18 communities in Nimba, Grand Gedeh, and Maryland, and the 1303 km electricity interconnection that will supply electricity from Cote d’Ivoire to Liberia, Sierra Leone, and Guinea (CLSG) as part of the West African Power Pool – up from zero megawatts – when your predecessors were elected. Fix it because you own it now. It’s your legacy too”!

Mr. Konneh urged the government not to mind the politics from those saying that taking the country’s energy sector from zero to nearly 200 is “nothing.”

He reminded those in the opposition not to wish for the collapse of the RIA or the energy sector of Liberia because “it’s in no one’s interest for both institutions to collapse”.

He, however, pointed out that his comments are intended to offer solutions because the current status of the only international airport in Liberia is grave.

On March 29, travelers again were compelled to use the torch of their respective phones to provide light in the terminals at the airport. A video, which went viral on social media, shows the travelers complaining and expressing serious frustration over the “disgraceful” situation while awaiting their respective flights for departure along with their luggage.

Airline authorities and workers have also been protesting the situation by either canceling or scaling down their flights.

Some time ago, Royal Air Maroc was compelled to abort landing at the RIA dark runways. The flight attempted landing several times by using the navigation system but was not successful.

Eyewitnesses said as the plane was landing, the runway lights went off; forcing the flight to divert to Sierra Leone. The inability of the flight landing at RIA left several passengers who were to board the flight, stranded at the Airport.

Passengers have forfeited their scheduled meetings and others out of the country, while airlines are constrained to get involved in extra spending due to the inadequate supply of electricity at the airport.

Air France, which recommenced commercial flights to Liberia in 2020, in an official statement announced that it would cease its operation to Monrovia as of April 2022.

“Based on the economic performance, the current geopolitical situation and the Air France-KLM’s overall plan to restore its profitability, Air France has decided to suspend its flights to Monrovia, Liberia, as of the end of April 2022. Customers already booked on flights after the end of April will be informed individually. The customers concerned can change their travel plans or cancel the trip and request a refund. Air France would like to thank the government of Liberia and the airport authorities for their continued support in the operation of this route” Air France stated in the statement issued.

There have been mounting calls from Liberians both home and abroad for the installation of solar panels at the RIA or the exchange of electricity for tax payment through the dam supplying the American-owned Firestone Rubber Company.

The airport is being operated with generators. About 800 gallons of diesel are burned on a daily basis.

“This is an international airport and we have serious challenges when it comes to running this airport. I had to buy two brand new generators. At times, things get bad but what makes you a good leader is how quickly you can put things together and make it better for mama Liberia. We have serious challenges when it comes to running the airport. It’s difficult when you run the airport on generators. Just two days ago, I had to buy additional two brand new generators and each cost US$47,000 just to keep the airport running,” Mr. Martin Hayes, acting Managing Director of the RIA stated.