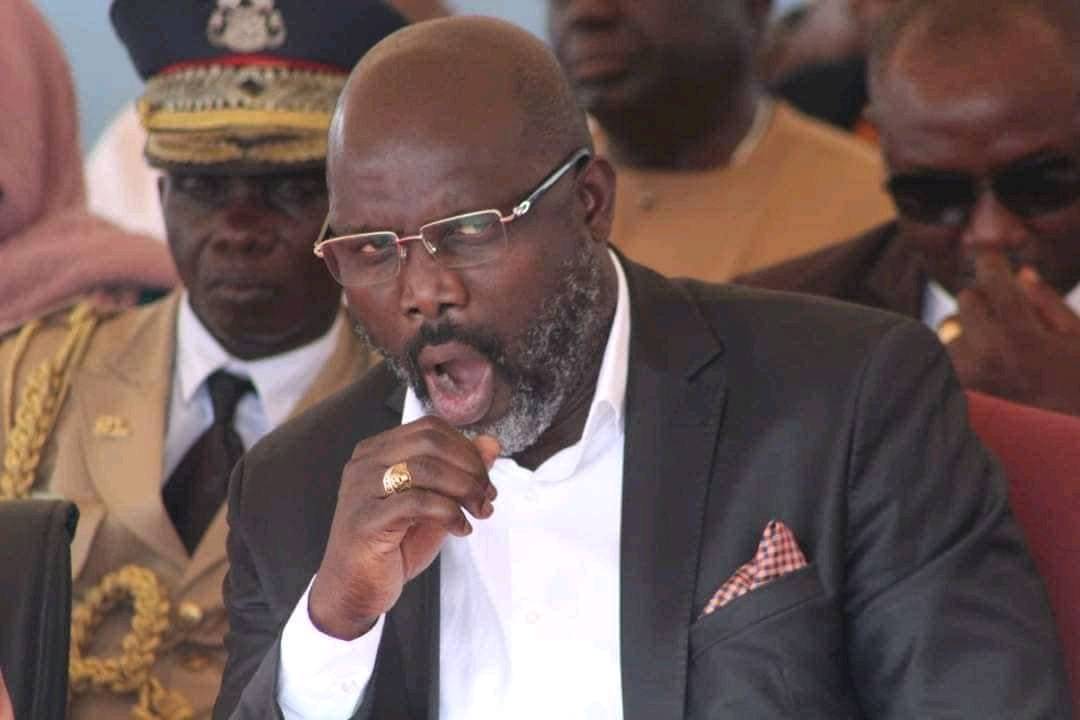 IT’S ALMOST FIVE years into George Weah’s presidency, public trust in the Liberian government appears to be in decline alongside a growing perception of lacking political inclusion.

THIS IS HARDENED by negative economic impacts which have seen an astronomical rise in the price of rice, the country’s staple food, to $20.00 or its equivalence of 3,350 Liberian dollars, and a sense of undelivered political promises.

IN APRIL 2021, at the start of his nationwide tour in Bong County, President Weah declared his administration’s progress on all fronts to improve his citizens’ quality of life and set them on the path to prosperity.

SPEAKING FURTHER, he affirmed that his administration is on the right course and highlighted their efforts in building strong institutional capacities to fight corruption while urging his appointees to defend his government by going on the offensive to better present information.

IN HIS ELECTION manifesto promised to ensure the equitable distribution of the nation’s wealth and close the gap between different classes.

MANY LIBERIANS did not believe their President, and currently, many more rather feel the opposite about his positive self-assessment – that things have actually gone from bad to worse under President Weah’s watch.

THESE SENTIMENTS have been expressed by almost all the major opposition politicians in Liberia, including former Vice President Joseph Boakai of the Unity Party, the political leader of the Alternative National Congress (ANC), Alexander Cummings, and prominent Human Rights Activist and presidential hopeful, Tiawon Gongloe.

FOR CUMMINGS, he is embarrassed about how President Weah is running the country, insisting that Africa’s oldest country is moving towards becoming a failed country.

THE FORMER Vice President Boakai has openly accused the current administration of mismanaging the country’s resources and allowing the poor masses to suffer.

BOAKAI AND CUMMINGS are apparently not alone. Jerry Fokpah, a 59-year-old farmer in Bong Mines, Fuamah District, Bong County, concurred with Boakai’s assessment, describing the country as a crumbling edifice on the edge of collapse.

ACCORDING to another elder in Bong County, Samuel Flomo of Sanoyea District, referring to the wave of mysterious deaths in the country, the failure is because ‘no serious and patriotic government will allow this level of killings of its citizens and be watching aimlessly’. A prominent youth in Bong County, Emmanuel Tamatai, described those still praising President Weah as liars and hypocrites.

EVEN WITHIN PRESIDENT Weah’s own party, the Congress for Democratic Change (CDC), the party’s chairman Mulbah Morlu, was heard on tape saying that the mission that brought them to power might have been willfully abandoned.

HOWEVER, the government is quick to showcase its achievements on infrastructure, while promising to complete the Gbarnga to Konia Lofa road before or after the 2023 presidential elections.

THE LARGER populace further doubts their sincerity and might have lost confidence in a government that was voted in under the mantra of change.

THUS DECLINING levels of trust in the government is unsettling which compromises the willingness of citizens and businesses to respond to public policies – essential for economic prosperity.

AN OBJECTIVE assessment of the administration’s performance cannot be accrued through self-praise, but by reflecting deeply on the pulse of the street, and evaluating whether government policies and interventions are realistically lifting Liberians out of poverty or pulling more back into it?

GROWING RATES of poverty in the country signal a failure in achieving the promises made by President Weah and will continue to build distrust ahead of 2023.