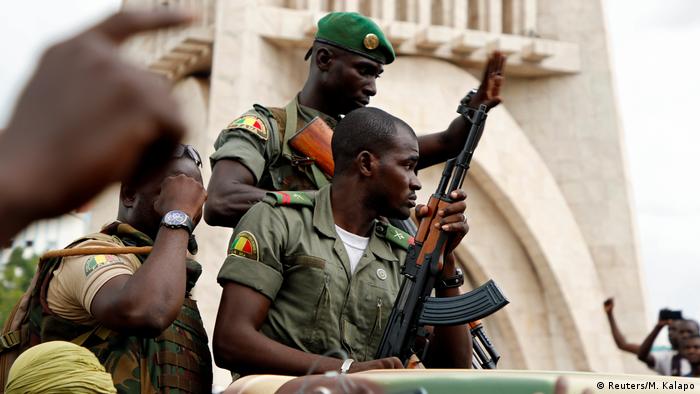 Mali’s army says it has killed 203 combatants in an operation in the centre of the Sahel state, with the United Nations peacekeeping mission in the country saying it has heard reports of civilian deaths, raising human rights concerns.

The army said on Friday that the military operation took place in the Mora region in central Mali from March 23 to 31. It arrested 51 people and seized large quantities of weapons, according to the army’s statement.

The announcement comes as numerous social media reports in Mali this week alleged that dozens of people, including civilians, had been killed in Mora.

The AFP news agency was unable to verify the army’s claimed death toll or the social media reports.

Poor access to Mali’s conflict areas and a relative lack of independent information sources means that figures provided by either the government or armed groups are difficult to confirm.

“The Mali military issued a statement after rumours on social media that 300 civilians were killed in the village of Mora which they said was a ‘terrorist fiefdom’. They said they neutralised over 300 ‘terrorists’,” said Al Jazeera’s Nicholas Haque, reporting from Dakar in neighbouring Senegal.

Haque said the Malian state believes the area is controlled by groups linked to al-Qaeda and ISIL (ISIS). So there has been a push to regain control of the area.

“But the challenge is that no one really knows what’s happening, there’s little access to the area where these operations are taking place. A number of foreign journalists have been thrown out of the country for reporting what’s going on in Mali.”

‘Allegations of torture and extrajudicial killings’
An impoverished nation of about 21 million people, Mali has struggled to contain an armed uprising that emerged in 2012, before spreading to neighbouring Burkina Faso and Niger.

Vast swaths of the country are controlled by myriad rebel groups and militias, and thousands of soldiers and civilians have been killed in the conflict.

Mali’s ill-equipped army has also often been accused of committing abuses during the conflict.

According to a report seen by AFP, UN Secretary-General Antonio Guterres recently warned the Security Council that Mali’s counterterrorism efforts had “disastrous consequences for the civilian population”.

In its statement on Friday, Mali’s army said it was guided by human rights and international law, and called for “restraint against defamatory speculations”.

“This comes on the heels of a Human Rights Watch report over allegations of torture and extrajudicial killings of civilians by the Malian army and “white soldiers” that do not speak French, alluding perhaps that Russian fighters were involved in the torture and killings,” Haque said.

“This leaves the UN operation, which is the most expensive and biggest one in its history, in a bit of a tricky situation. There is a feeling of unease among many in the UN.”

The country has seen an apparent uptick in violence in recent weeks. The UN said on Friday that thousands of people fleeing fighting in Mali have arrived in Niger.

A day earlier, the UN peacekeeping mission, known as MINUSMA, said security had “deteriorated considerably” in the border area with Burkina Faso and Niger.