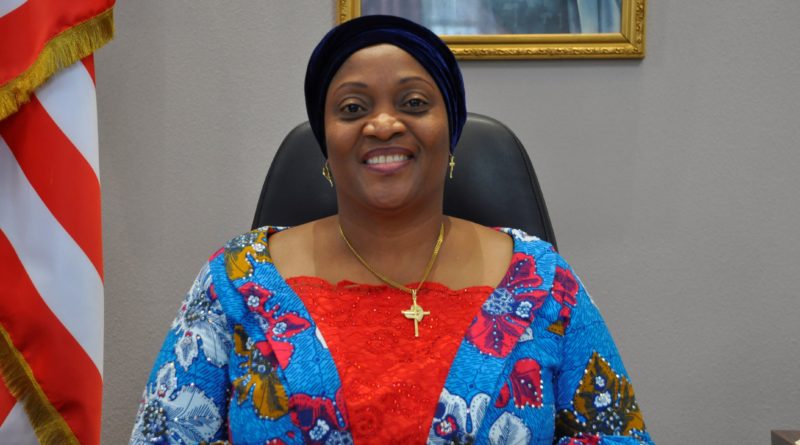 MONROVIA, LIBERIA-Vice President Jewel Howard-Taylor on Thursday caused uproar while serving as the presiding officer when she refuted attribution of being labeled a ‘CDCian’ (partisan of the ruling CDC).

Howard-Taylor’s disclaimer was in response to a joke from Grand Bassa County Senator Jonathan Kaipay when he raised concern ‘why only CDCians Senators were presiding over session in the Senate?

As surprising her statement sounded to Senators and people in the Senate’s gallery, it is inarguably a fact that she is the political leader of the NPP.

The vice president is known for making controversial statements. In 2018, when the CDC came to power, Howard-Taylor insinuated that not being a member of the ruling establishment, but working for the government is totally intolerable.

She also insinuated that it’s biblically unacceptable while asking members of the local government in Bong County to either join ranks with the ruling Coalition for Democratic Change (CDC) or be replaced.

She said similar actions were taken during the Unity Party regime where people were made to join the ruling establishment at the time.

“Y’all will join because other people joined the Unity Party so I’m waiting for y’all to travel to your districts to and tell me you’re joining the ruling Coalition,” she said.

Further fine-tuning her speech, Madam Howard Taylor said she holds nothing against the officials who are members of other parties, as had that been the case, she would be ordered their removal of all non-CDC officials, but maintained that trust is paramount and she would not be confident to express herself in the midst of non-members of the Coalition.

“The fact that some people sitting here, they’re not members of the Coalition, y’all know we have nothing in our hearts against y’all, because I would have said, ‘Remove everybody’; what would you have done to me? Nothing, it’s my time,” she said.

Many are not asking in the country if the President is losing the Vice President’s confidence.