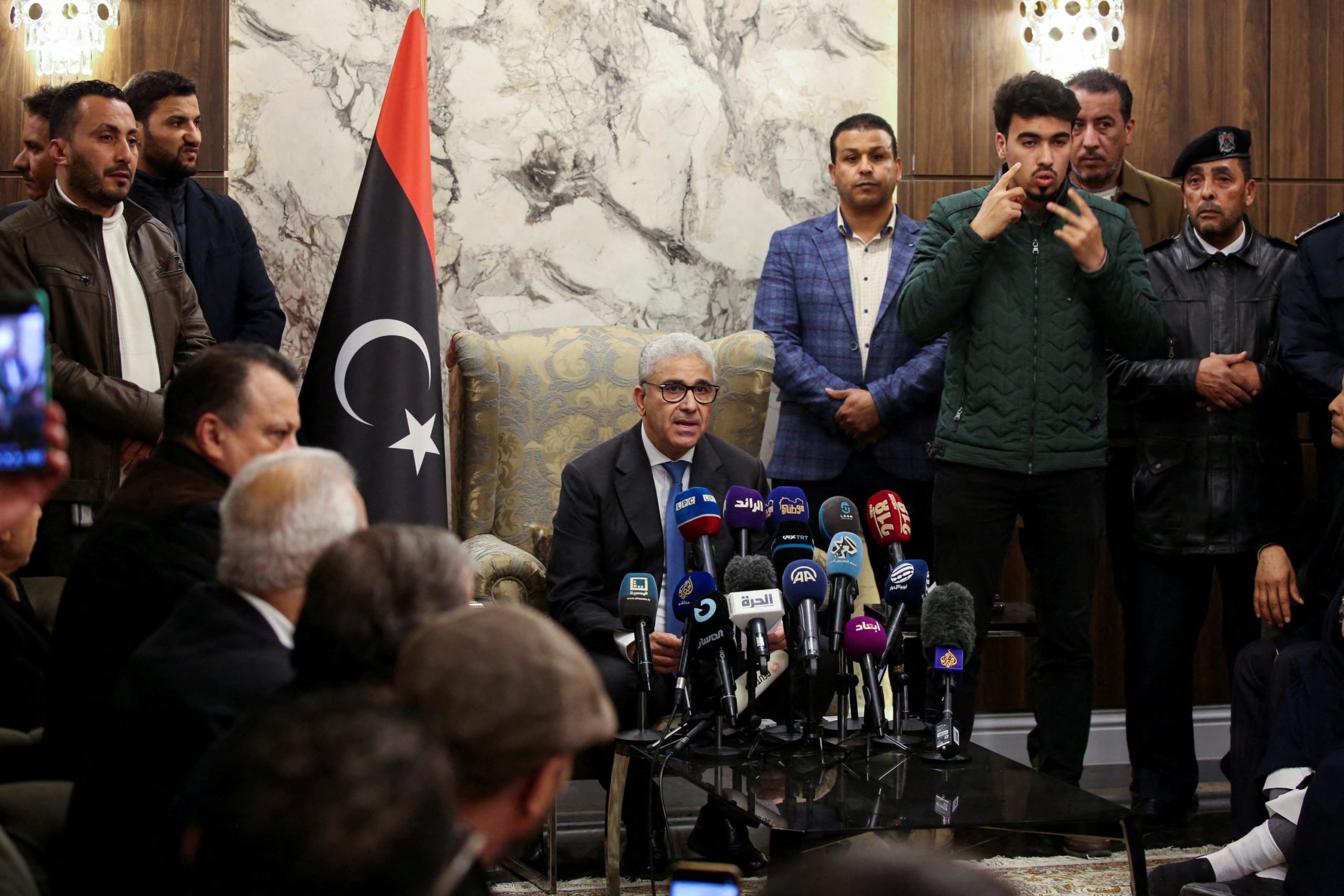 Libya’s parliament approved a new government on Tuesday but the incumbent prime minister rejected the vote and vowed not to cede power, raising the risk of fighting among armed factions or territorial partition between rival administrations.

The Aguila Saleh‘s declaration of Fathi Bashagha as prime minister after a televised vote aggravates a power struggle with the administration of Abdulhamid al-Dbeibah, who was installed through a U.N.-backed process last year.

Opposing armed groups have mobilised in the capital Tripoli over recent weeks and foreign forces including from Turkey and Russia that have backed rival warring factions remain in the country.

Whether the crisis will kindle armed conflict remains unclear, but it leaves Libya without a unified government, with the main political and military forces bitterly divided and with no clear path forward.

Bashagha said he had made arrangements with “security and military authorities” to set up his government in Tripoli but armed groups there said they opposed his installation as prime minister, which is backed by eastern commander Khalifa Haftar.

The crisis points to a return to Libya’s division between rival governments based in east and west. With Haftar holding most oil facilities, another blockade of the country’s 1.3-million-barrels-per-day crude exports is also in prospect.

During the previous years of division the central bank and National Oil Corp were linked to the internationally recognised Tripoli government but operated across front lines. The central bank governor is seen as an ally of Dbeibah.

“The most likely option is a return to two governments, neither of which will have all that much legitimacy, but only one of which will control the central bank,” said Tarek Megerisi of the European Council on Foreign Relations.

Bashagha’s large Cabinet with 35 members reflects the extensive negotiations and promises of positions needed to secure support from a majority of members of parliament and the various interests they represent.

Parliament Speaker Aguila Saleh said the new government was approved by 92 of 101 members present in the chamber on Tuesday, which compared with the 132 who installed Dbeibah a year ago.

The Dbeibah government disputed Saleh’s account of Tuesday’s session, with some members saying their votes had been registered although they were not there, raising questions over its validity.

“The formal and legal aspects still matter, but a lot of what comes next will have to be determined by force,” said Jalel Harchaoui, a Libya researcher, adding that the armed groups that dominate Tripoli are divided over the crisis.

Libya has enjoyed little peace or security since the 2011 NATO-backed uprising against Muammar Gaddafi and it was divided after 2014 between warring parallel administrations in the east and west.

The United Nations backed a ceasefire and peace process after an eastern offensive against Tripoli collapsed in 2020, with most sides in Libya publicly supporting Dbeibah’s interim unity government and scheduling elections for December 2021.

After the election was cancelled shortly before the vote was due to take place amid disputes over the rules, the parliament moved to seize control of the political process and replace Dbeibah’s government.

The parliament, which was elected in 2014 and mostly took the eastern side in the civil war, has declared that Dbeibah’s government expired when the election did not take place.

Critics of the parliament, including Dbeibah, accuse it of having sabotaged the December election and of working to ensure it can remain in place indefinitely, charges it denies.

The United Nations and foreign powers that recognized Dbeibah’s government when it was installed a year ago have avoided any definitive statement on which administration should now be seen as legitimate, and have instead pushed for quick elections.