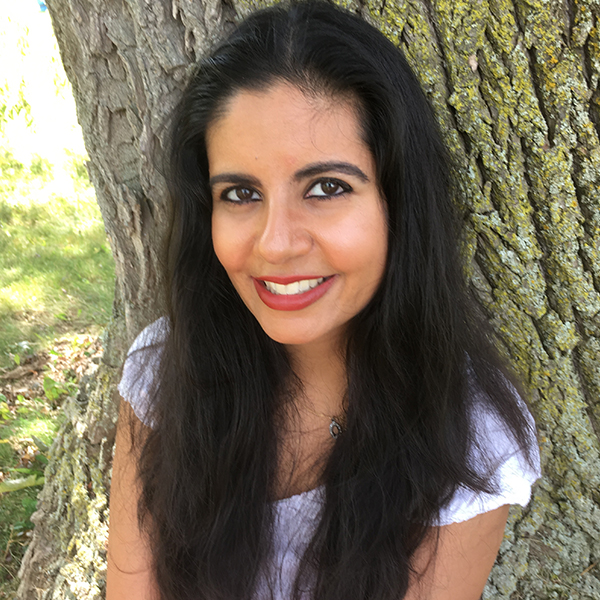 International law is in crisis – displaying many of the same signs identified by past generations of legal scholars as characteristic of “savagery” and “barbarism.”

Under international legal doctrines developed in previous centuries by Europeans and “spread by the sword,” the West persists in denying accountability for its long history of “barbaric cultural practices.”

Germany, for example, perseveres in refusing to pay reparations for its 1904-1908 genocide of the Herero and Nama peoples in the colony of Southwest Africa (now Namibia), a laboratory for methodologies of extermination imported back into Europe with the Nazi Holocaust.

The German government maintains that it owes no legal responsibility for the genocide because it was not illegal according to international law when it occurred: an “international” law formulated by Europeans to exclude the “uncivilised” targets of their colonial ravages from protection. Incidentally, one of the hallmarks of “uncivilised” societies was said to be their failure to apply equal justice without discrimination. Another was their lack of appreciation for the “unity of mankind.”

Instead of the justice of reparations, Germany is offering Namibians the charity of “development aid” – perpetuating an international charitable-industrial complex in which Global North states enriched by colonialism posture as benefactors, while continuing to extract 24 times more in “net outflows” from the Global South than they donate.

Calls for reparations for the trans-Atlantic slave trade have been similarly repelled, by referring to its “legality” under international law at the time. While slavery practiced by non-Europeans was castigated – and cited as grounds for “humanitarian” colonial intervention – white enslavement of Africans was upheld by 19th-century international legal authorities like James Lorimer as “an educational institution for the benefit of the inferior races of mankind.”

The total debt from colonial expropriations, immiseration, and exploitation is “incalculable,” as historian Richard Drayton notes. Just a very partial ledger includes: $165 trillion from the silver alone that was pillaged from the Americas (approximately double the current global GDP); $97 trillion from the labour of Black people enslaved in the US; $45 trillion from Britain’s plunder of India, including the deliberate starvation to death of 3 million Bengalis – who in the name of feeding the British military effort against Nazi Germany were restricted to the same calorie intake as inmates at the Nazi concentration camp of Buchenwald; $80-$180 billion from France’s looting of properties in Algeria, underwritten by prolific torture and massacres; and $20-$30 billion from the “indemnities” France forced Haiti to pay for its self-emancipation from the French colonial yoke.

In a grotesquely inverted accounting, it was the enslaved and colonised who were made to pay compensation for the offence of resisting their oppression – casualties of a long Western tradition of “hating people for their freedoms.” And European slaveholders and settlers who were compensated, for their loss of “property” upon the liberation of stolen lives and land.

From the 15th century Treaty of Tordesillas, which apportioned the non-Christian world between competing colonisers Spain and Portugal; to the 19th century Berlin Conference, in which European powers divided up the African Continent among themselves; to the 20th century Nuremberg Trials of the Nazis, in which American prosecutors avoided setting legal precedents that might also criminalise the lynching and segregation of Black people in the US: justice, enrichment, and peace within the colonial zone of privilege have been predicated on domination and destruction outside of it.

Exhibiting the classic pathologies of a tradition “trapped in its past,” the legal architecture built to buttress this world order continues to be weaponised against the dispossessed. The doctrine of “sovereignty,” for instance, which is rooted in 16th-century European rationalisations for invasion and genocide of Indigenous nations in the so-called New World, which in turn drew on precedents enabling anti-Jewish and anti-Muslim persecution during the Crusades.

Under this paradigm, the Rohingya people are not considered a party in the International Court of Justice (ICJ) case on the Rohingya genocide, itself a legacy of British colonial ethno-politics in Myanmar. At the ICJ, the Rohingya as non-state actors are entirely dependent on states such as the Gambia to represent their interests; the case is officially called The Gambia v Myanmar.

Absurdly, Myanmar’s military coup government – widely denounced and opposed within the country as illegitimate – has more legal standing in the upcoming hearings than the Rohingya, who have no standing at all. Unlike state parties, they have not even been permitted access to the periodic reports produced by Myanmar – regarding its implementation of court-ordered “provisional measures” to safeguard Rohingya lives and rights, which are subject to ongoing flagrant assault. The Rohingya are erased, in the very legal process meant to rectify their genocidal erasure by the Myanmar regime.

For the Palestinians, the denial of their self-determination – the source of injustice – is perversely used to bar them from justice: a colonial catch-22. For instance, the US is attempting to disqualify Palestine’s current case against it at the ICJ (for wrongfully legitimising Israel’s illegal claim to sovereignty over Jerusalem), by arguing that Palestine cannot bring a complaint because it is not a sovereign state.

In contrast, Israel’s statehood was recognised in spite of the crimes of the Nakba – and possibly in part because of them. Advocating for recognition of Israel at the UN in 1948, the US representative pointed to the “extreme homogeneity” of Israel’s population – achieved by the extreme method of expulsions and massacres of Indigenous Palestinians at Deir Yassin, Tantura, and hundreds of other depopulated villages across what is now Israel.

This is “the form of political agency now ordained by the West – sovereignty as the right to colonise,” scholar of structural racism Sunera Thobani observes. Resistance to the state’s “right to colonise” is condemned as “terrorism” – or racism, as in a statement last month from four UN Special Rapporteurs equating criticism of Israel’s foundations with antisemitism. Meanwhile, terror inflicted by the state itself is excused, exceptionalised, or excised from the law altogether.

During the drafting of the 1948 Genocide Convention, states concerned that it would “inhibit their ability to wage war and to repress dissent at home or in their colonies” ensured that “measures like population transfer, cultural genocide, and the liquidation of political groups were excluded,” as genocide historian A Dirk Moses has documented. Apartheid South Africa and New Zealand, for instance, worried that prohibiting cultural genocide would interfere with their efforts to civilise “primitive or backward groups.”

This logic continues to be invoked in the present, even by some avowed anti-imperialists who defend China’s policies to dismantle Uyghur peoplehood as simply the “price” to be paid for development – similar to that exacted by other supposedly uplifting enterprises, such as the British Empire in India, the US, and Australia.

While genocide is restrictively defined, ecocide – mass environmental destruction – is not an independent crime in international law at all: an expression of the deeply-entrenched hierarchy of being that authorises violence against other-than-humans and “dehumanised” humans both.

“Effectively reading genocide as some extraordinary aberration from a dominant, liberal, supposedly rules-based norm has elided the systemic, embedded violence which is at that liberal order’s own heart,” a recent joint statement from genocide scholars warns.

Unsurprisingly, the “solutions” generated from within this ideological order end up reproducing its problems.

Even with the proposal for a new international crime of ecocide, the underlying subjugation of ecological need to service (some) human’s greed remains. The definition of ecocide developed by a panel of legal experts only covers damage that is already unlawful or “wanton” – that is, “clearly excessive in relation to the social and economic benefits anticipated.”

Like “terrorism” and genocide, ecocide is cast as an irrational aberration; not the economically rationalised plunder for profit that has turned ancient forests into infernos, rivers into fish poison, seas and lakes into mass animal graves, thousands of species into extinction statistics, the climate into a catastrophe-generator, centuries-old glaciers and icebergs into meltwater (to be bottled up and sold at luxury prices), Indigenous homelands into extractive wastelands, and the communities impeding this “progress” into “collateral damage.”

As the Articulation of Indigenous Peoples of Brazil exhorts in a dossier of complaints against the Bolsonaro government submitted to the International Criminal Court: “Given the urgent need to slow down patterns of nature’s destruction and consumption … we must rescue and preserve knowledge, relations, ways, techniques and technologies that may offer us the chance to live a different world” – precisely what the “civilising offensive” sought to eradicate.

And yet, these resources for imagining a different world endure – in the land and water defence by Indigenous nations confronting settler depredations, in the legal traditions enshrining personhood rights for non-human beings instead of just humans and corporations, and in the long struggles by the formerly and currently colonised and enslaved for justice and reparations.

Unlike previous missions to remake the world, this one to decolonise it would not require the launching of new military invasions, the invention of new technologies of domination, or the “discovery” of “new” continents. All it would take is finally heeding the calls of those relegated to the undersides of colonial modernity: experts on its legalised atrocities.

Azeezah KanjiLegal academic and writer based in Toronto.