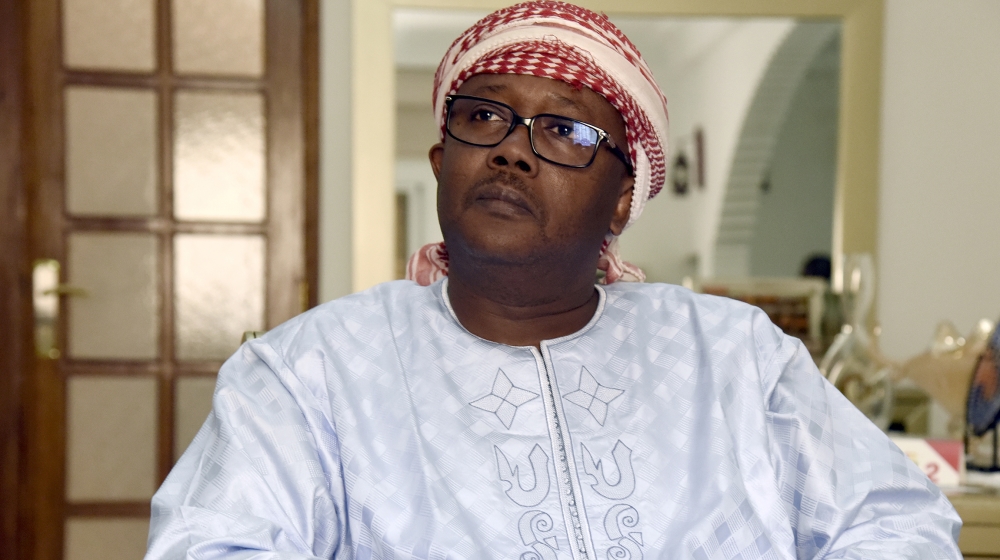 BISSAU– In October, President Umaro Sissoco Embalo told French radio that drug trafficking and corruption were over in Guinea-Bissau, a country that has struggled to shake off its reputation as a “narco state” of West Africa.

Those words rang hollow a few months later. Fierce gunfire interrupted a cabinet meeting Embalo was presiding over, and within hours of the deadly Feb. 1 attack, he described it as a failed coup attempt possibly linked to the drugs trade.

At a news conference on Thursday, Embalo said three soldiers who were arrested by U.S. drug authorities in a 2013 sting operation and pleaded guilty to cocaine trafficking had been detained in connection with the attack.

“When the shots were being fired in the Government Palace, Bubo was at the navy headquarters … and I heard the assailants say we are going to call him to send us reinforcements.

“Bubo was arrested in uniform – someone who is not on active duty … That shows the intention,” Embalo said.

Embalo suggested the attack, in which the government said seven security personnel defending the president, three government workers, and one assailant were killed, was retaliation for his efforts to crack down on drug trafficking.

“When I committed to this fight against corruption and narco-trafficking, I think that I signed my death warrant,” he said.

But some politicians and regional analysts have questioned this, saying drug smuggling has persisted under Embalo’s watch and the attack was more likely related to trafficking groups and their political backers competing for the spoils.

“I think it’s a conflict between all the factions that participate in the government or some of the factions,” said Manuel dos Santos, a senior member of the main opposition African Party for the Independence of Guinea and Cape Verde.

“And it is probably related to drug trafficking.”

The president’s uncle Mussa Embalo, until recently an adviser, said Embalo had shaken up the leadership of the navy and judicial police to better combat drug trafficking.

Most people in the capital believe the intense, five-hour gun battle was, in one way or another, tied to narcotics.

It is an indication that, despite false dawns in recent years, Guinea-Bissau remains vulnerable to instability that some top officials blame on the illicit trade.

Embalo said at the news conference that many military officers and politicians continue to be involved in the drugs trade.

Asked how he reconciled that position with his remarks in October that trafficking was no longer a problem, he did not directly answer.

Defence Minister Sandji Fati declined to be interviewed for this article. An armed forces spokesman did not respond to questions on whether officers were involved in the cocaine trade.

The country of two million people emerged as a major cocaine trafficking hub in the 2000s, according to experts.

Guinea-Bissau’s location on West Africa’s Atlantic coast and lax law enforcement made it attractive to cartels, they said.

By sending their product first to Guinea-Bissau or neighbouring countries and then on a separate ship or plane to Europe or the United States, they could avoid scrutiny typically reserved for cargoes originating in South America.

There were no major cocaine busts in West Africa from 2014 to 2018, leading some to question whether the region had fallen out of favour with traffickers or managed to clean up its act.

But a spate of record seizures in 2019 from Guinea-Bissau to Senegal and Cape Verde put paid to those hopes, and some experts believe the region’s current role is substantial at a time of record global cocaine production.

“Guinea-Bissau is one of the rapidly rising West African countries used as a point of transit for drug trafficking on the route to Europe,” the U.N. Office on Drugs and Crime’s regional representative for West and Central Africa, Amado Philip de Andrés, told reporters.

While he noted some positive developments in recent years, most of which pre-dated Embalo, he said more needed to be done.

“There are still grounds for improvement in Guinea-Bissau, particularly in terms of bringing perpetrators to justice.”

For Guinea-Bissau, the repercussions from the trade are serious. Residents of Bissau, which has experienced around a dozen coups or attempted coups since independence from Portugal in 1974, said in the wake of the Feb. 1 bloodshed that they could not recall an incident of such intense violence.

When reporters visited the Government Palace three days after the attack, hundreds of shell casings lay strewn on the ground near dried pools of blood, and bullet holes pockmarked all four sides of the main building.

An unexploded rocket-propelled grenade was wedged between the branches of a palm tree. Another was lodged in a wall. Witnesses in the neighborhood said ministers had fled the compound on foot into the dirt roads behind the compound, seeking refuge in surrounding buildings.

Embalo said he hid in a side office for five hours with his justice minister and two guards.

“I said: ‘we stay here but you leave the door open … because when the door is open, people think that there is no one inside.'”