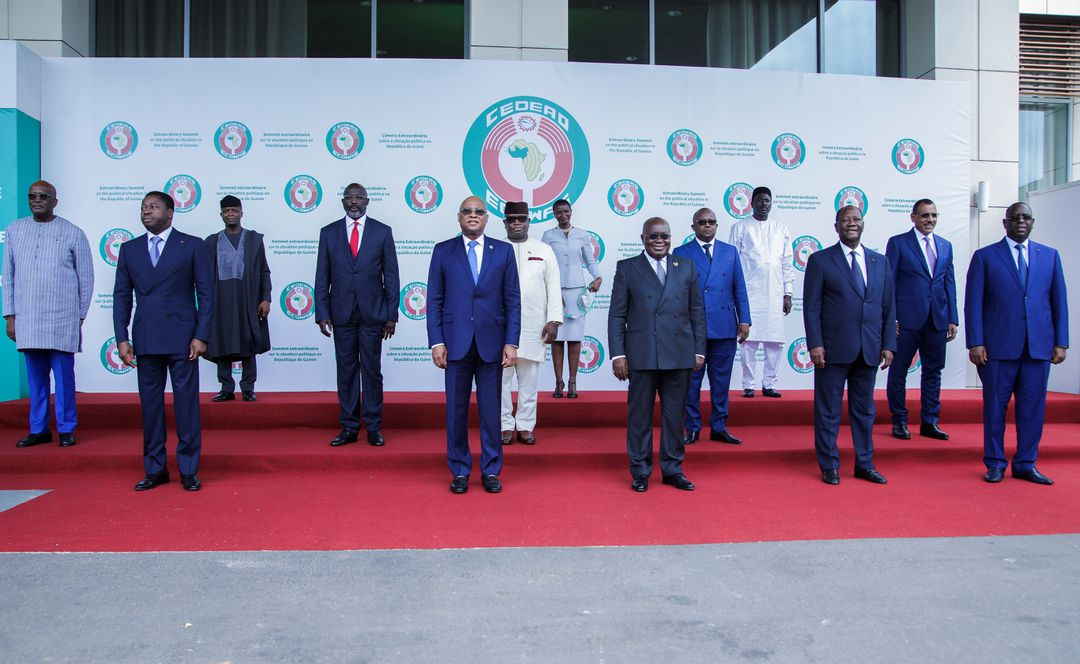 ACCRA, GHANA– A military junta that seized power in Burkina Faso last week has shown willingness to work towards a return to constitutional order, leaders of West Africa’s regional bloc said on Thursday.

The Economic Community of West African States (ECOWAS) has asked the junta to rapidly propose an election timetable, the President of ECOWAS Commission said.

The heads of state who met in Ghana’s capital Accra said they regretted that another junta in neighbouring Mali has yet to present an acceptable path to return to constitutional order, which could leading to easing of sanctions.

“We have engaged them. And they have shown interest that they want to work with ECOWAS towards the restoration of constitutional order,” Brou said.

“Since they have shown the ability to work with ECOWAS, we can’t just impose the maximum sanctions,” he added.

Ghana President Nana Akufo-Addo said at the start of the summit that the coup in Mali was “contagious” and had set a dangerous trend that led to subsequent coups in the region.

“Let us address this dangerous trend collectively and decisively before it devastates the entire region,” Akufo-Addo said.

ECOWAS and its Western allies have found they have limited leverage to deter the surge in support for military leadership in West Africa’s Sahel region, driven largely by governments’ inability to contain a worsening Islamist insurgency.

Mali’s August 2020 coup was followed by a second military coup there last May, one in Guinea last September, another in Burkina Faso last week and a failed coup in Guinea-Bissau on Tuesday.

ECOWAS has suspended Mali, Guinea and Burkina Faso from the 15-nation bloc and imposed sanctions on Mali and Guinea, hitting Mali particularly hard last month after its junta failed to organise elections and proposed holding power until 2025.

Mali says it has defaulted on more than $31 million of bond payments because of the financial freeze. read more

An ECOWAS delegation met this week with Burkina Faso coup leader Lieutenant Colonel Paul-Henri Damiba, who declared himself head of state and has not yet proposed a timeline for returning to constitutional order.